Chalk paint is a completeÂ game-changer. It’s called one-step paint, because whatever you’re painting, regardless of its current “finish” needs no priming or sanding.Â  Laminate — veneer– varnish– whatever.

So, before I opened my jar of Amy Howard’s One-Step Paint, I read and read and read the how-tos. The overwhelming response I heard was — it’s thick and hard to apply. Some recommended spraying on the paint, thining it down with water. 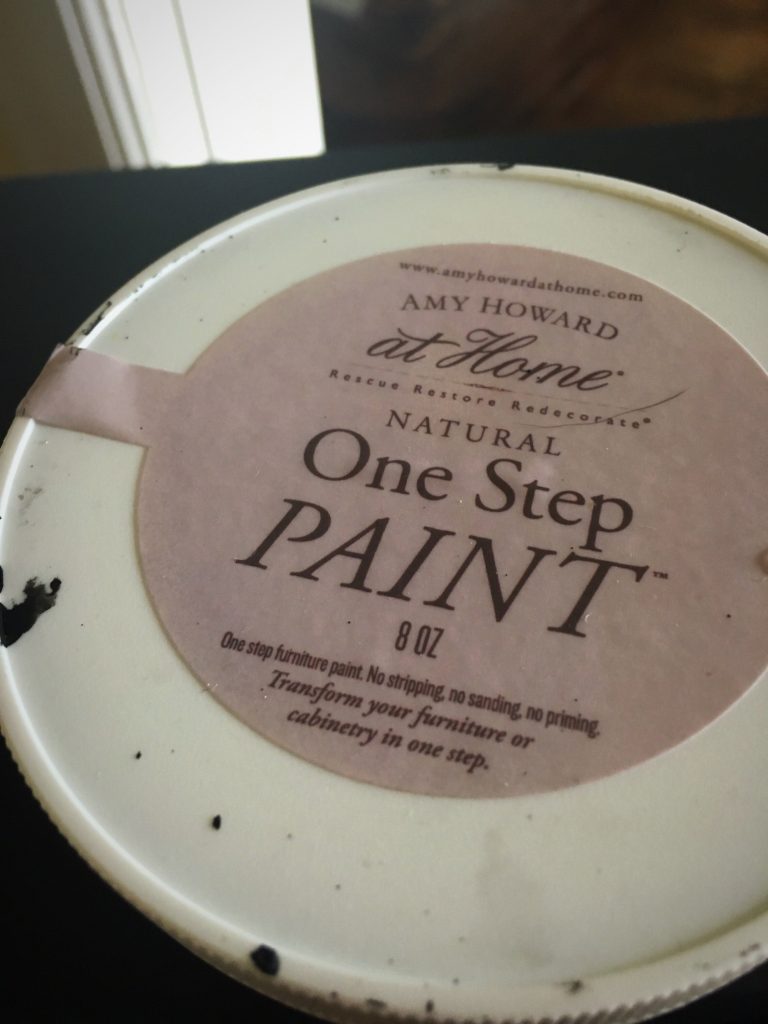 Spraying was not a messy option I wanted — so I simply thinned the paint down. I DID NOT follow precise measuring instructions or guidelines, mainly because I was just experimenting. But, the ratio was a just a bit higher paint than water and dipped my brush in.

One coffee table, two light fixtures and the front doors of a cabinet later — I was sold. 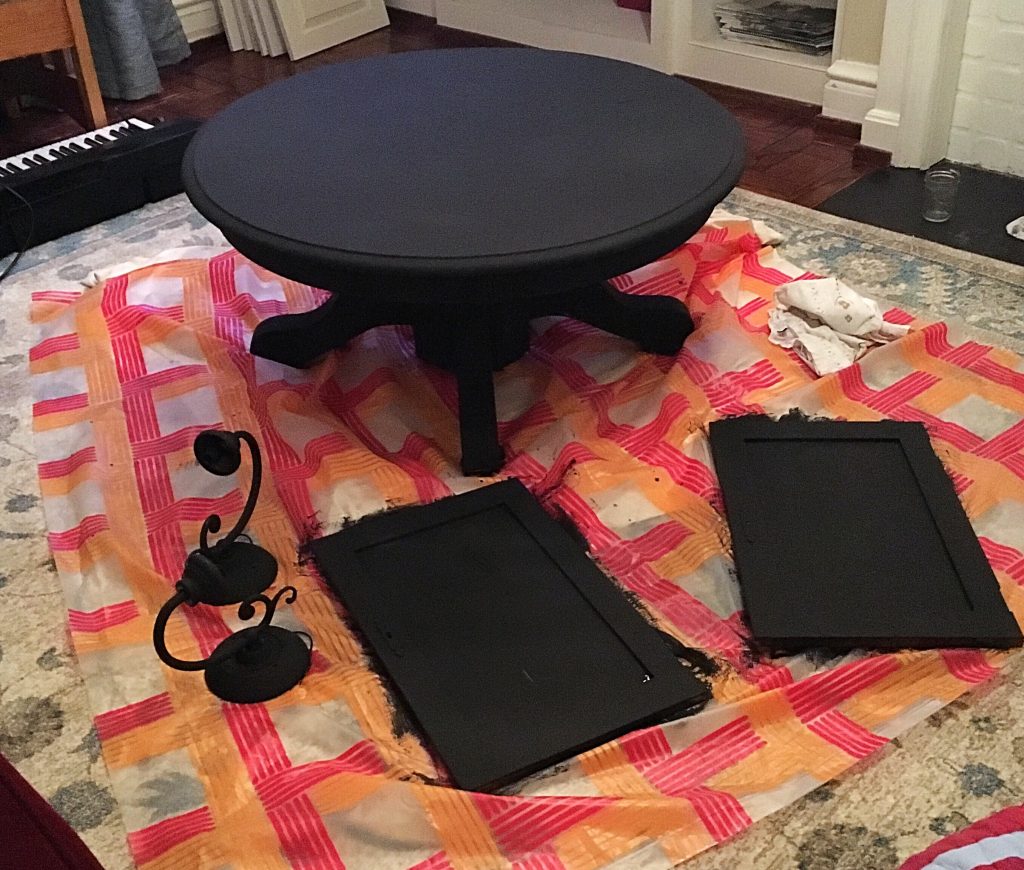 Even watered down, the chalk paint delivered nice, hefty coverage that was easy to apply and left no brush strokes — and I’m not that careful of a painter. I could have stopped at two coats — becauseÂ the pieces looked great — but I gave everything one final and third coat just to tidy everything off.

Sealing it — is another challenge. The traditional sealer for chalk paint is wax — but many people are saying, on the internet, that the wax does not do a great job of protecting — and you may have to repaint after a few months! NO!

PolycrylicÂ came back as the best option to seal the paint. Water-based — but still leaves bubbles and brush strokes…

After reading a few posts from others who have gone before me –Â  I’m going to try to wipe it on with a lint-free towel and to water down the polycrylic to see if that works.

Crossing that Bridge
I...
Elixirs And Potions for Colds and Flu: Honey, Ginger and Cinnamon
I...
How To Create Timeless Stories
I...
There are No Stars in the New York City Sky
M...
I think they were better off dirty
F...
Who Killed Charlie?
C...
Share on FacebookShare on Twitter
Life, Make Something, Try This