I was hooked when I watched The Bethlehem Star a few years ago. There was something mesmerizing about those stars that have a definite, historical and future path, and are traveling onward on a trajectory that may have already been laid out since the beginning of time. The sheer vastness of the Milkyway Galaxy, the size of the stars, the years it takes us to see their light is beyond what one can sit and ponder for just a few minutes. But adding the element of “story” to the orbits of stars and planets – that they are moving to parallel what came, and what is to come, is baffling. 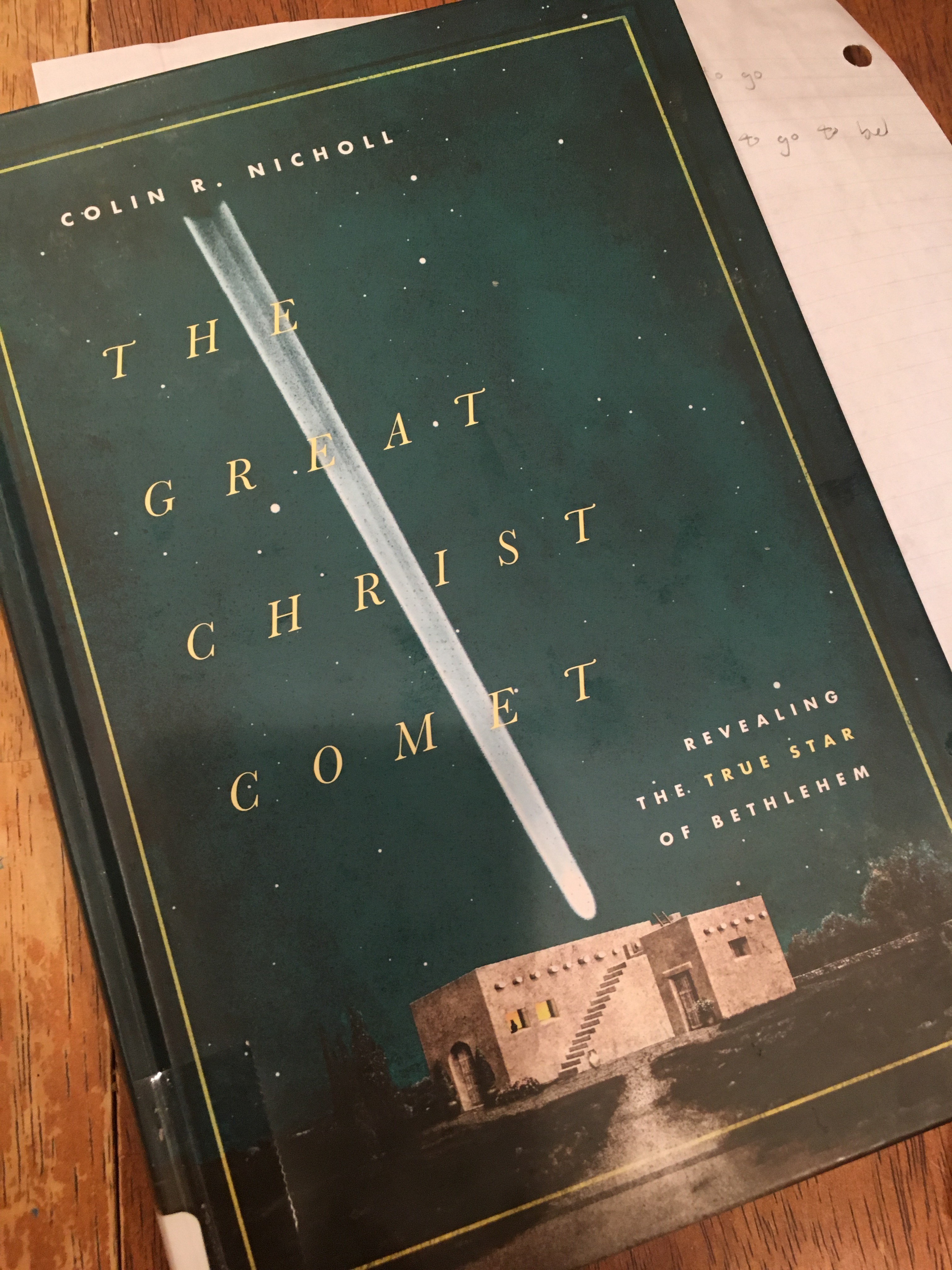 But despite Larson’s well-researched documentary, backed by science and computer models, Colin R. Nicholl thinks Larson might be wrong. In his book, The Great Christ Comet, Nicholl identifies five reasons that Larson’s hypothesis about Jupiter’s triple occultation of Regulus, the brightest star in Leo. Martin claims that the Star of Bethlehem is Jupiter. I liked that theory, and Larson offers a very compelling, scientific argument, with a beautiful constellation of the Virgin in his argument. Nicholl offers far more compelling arguments against this theory, using historical records of Herod’s death, the chronology of events of the dates and travels of the Wise Men, and the position of the stars and their likelihood of being able to guide the Wise Men. 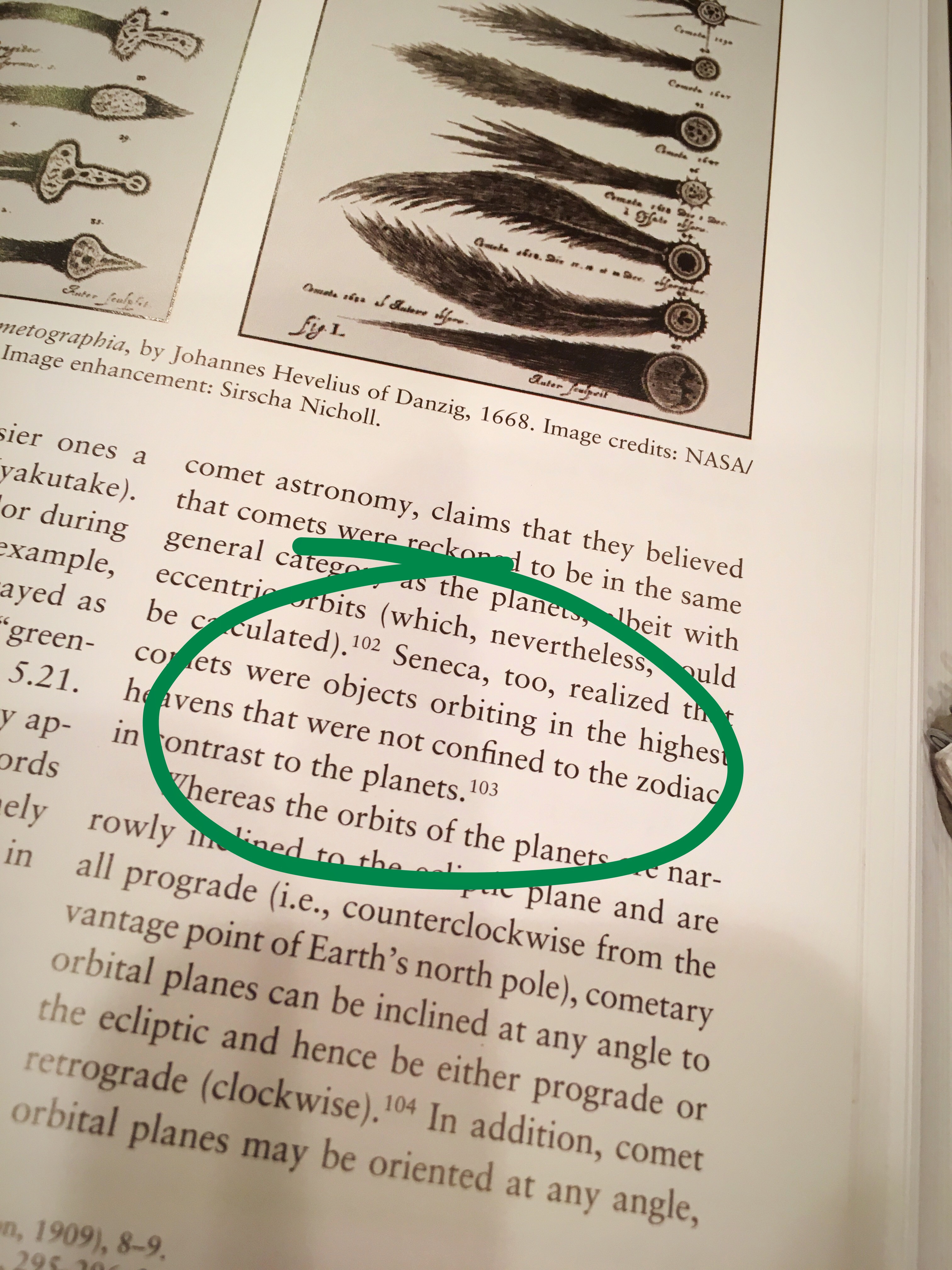 But Nicholl’s most compelling reason is based upon the Biblical text in Matthew itself.”Matthew 2:9 clearly states that the Star was observed to stand over a particular house, not the town as a whole, leading the Magi to the exact place where the child was.” The Great Christ Comet, p 83. Jupiter was not stationery.

Nicholl, a PhD, University of Cambridge professor, decided to take Matthew at his literal word. What could have “stood still over a specific house?” The title could give it away — but if you’re curious like me, you’d like to know how he can knock down every theory proposed since the death of Christ, and still provide a scientific and historically accurate account of what happened in the sky — while still keeping Matthew’s account of the birth of Christ, literally, intact.

For centuries, there has been an unspoken agreement that Matthew was simply exaggerating. That would be the most intelligent, and intellectual decision.

But not for this scholar. He proves Matthew was not embellishing the details when he says the star stood.

Reading this book is an adventure. But in the early days when I sat down to pour over the book, I was quite disappointed to find it does not read like a well-loved, “Once upon a time…” story. Instead, it is a heavily supported tome of scientific information. It reminds me of those days in college when I thought taking my science elective as Astronomy would be fascinating. It was fascinating to watch how quickly my GPA tumbled in that class.

But I have persevered… Each morning at breakfast, I hunker down, and read another page or two… and muddling through, the book is starting to become crystal clear. And rewarding…

I’m barely through half of the book yet… but discovering what is there is, like I said, a fascinating adventure. Nicholl leaves no rock unturned in his quest to strike down every argument presented before him.

I am now reading about the history of Comets, looking at ancient paintings drawn in the early 1600s of what the sky looked like when these great dramatic comets streaked the sky… and remembering my Grandmother who was able to see Halley’s’ comet pass by twice in her lifetime.

You see, Comets are volatile things. And in the midst of his scientific explanations, Nicholl managed to put something poetic on the page, “Comets were objects not confined to the zodiac, in contrast to the planets.”

Almost from outside of solar system, these comets come.

It’s hard to get this image out of my mind… that that still sky at night that we hardly ever notice, that we can no longer hardly even see, thanks to light pollution, is so vibrant and busy… all the time. Following its predetermined course, marching through time. It’s that kind of beauty that leaves one in awe.

Wet Valentines
I...
How To Make People Love You Forever
G...
Grape
T...
It All Started Out So Well...
W...
Lydia's Express Breakfast Burrito's
I...
Gifts Of The Morning
...
Share on FacebookShare on Twitter
Life, love stories, spirit
One comment to “Struggling Through The Comets”