He has been making paper cranes for several weeks now 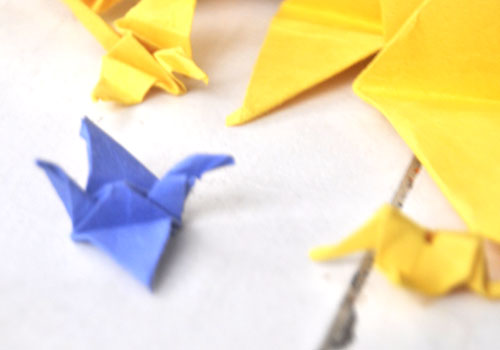 One day we checked out 43 origami books from the library — but he prefers to learn how to fold directly from You Tube videos. 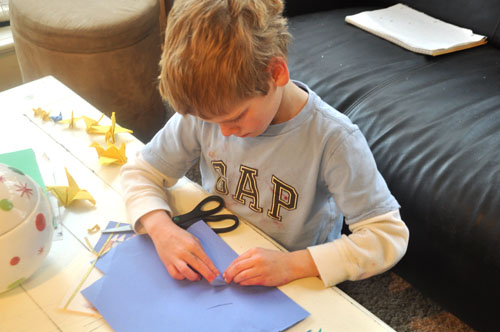 There is a guy — a teacher — who is his favorite. 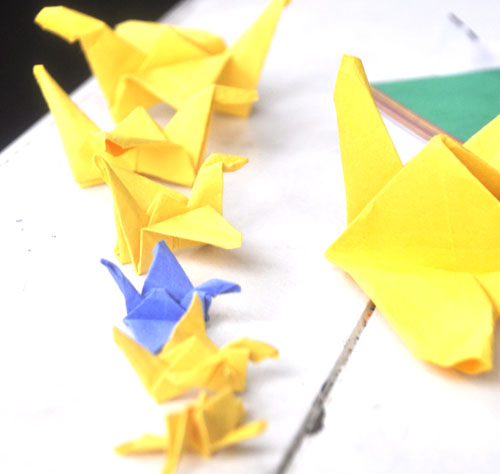 His high school brother, who was studying Hiroshima, taught him how to make a paper crane. 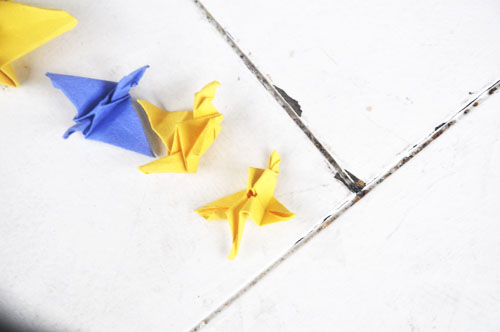 Then, his obsession became “how small” can I make a crane? Amazing to watch him fold such tiny folds.

During the party, a friend told him the story of a 1,000 paper cranes.

The next morning, he told me he was not interested in making 1,000 paper cranes. “I could never do that.” I wondered, thinking back on all of the strips of paper I had picked up from snips he had made with scissors to turn paper into squares, if he already had. Then he asked me if I thought it was true, that your wish could come true? 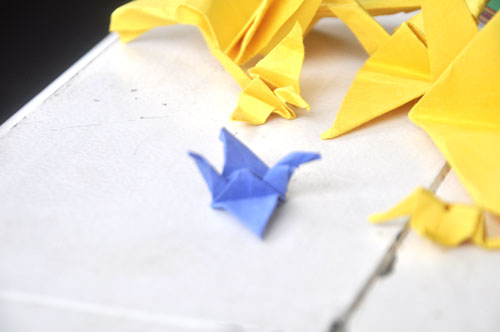 Then, he said, “Well, I don’t think that’s true at all.” Then, he came back later and said, “If that’s true, than you need to be very careful about your wish. That’s why I don’t want to make 1,000 paper cranes.” 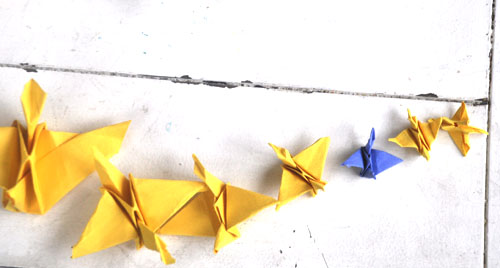 Rosie is Teething
E...
TBDBITL
I...
The Bicycle Wheel and Indulging in the News
T...
Falling Asleep Twice In One Night
T...
Oils to fight the flu
I...
We Waited Until the Late Afternoon
w...
Share on FacebookShare on Twitter
blog, Laugh, Life, love stories, Make Something
2 comments to “I’ll stop at 999”