I’ve been cooking too much. Mini pot pies, banana breads, cookies, burritos, even cookies. The boys are more interested in sleeping than eating. So, after each meal, I’d carefully wrap the leftovers up and stack them in the freezer. I’d pull them out to re-heat, but I reached a point where I just felt I would never reach the end of the piles. So, I took off to visit my son, and his roommates, at college. The cooler was loaded with pre-cooked meals, bone broth, and frozen veggies for soup, along with some oat bran, and my recipe for “bread” cookie mixes and fresh fruit.

I arrived at 11:40 or so, and as I unloaded my bags in the kitchen, my son reluctantly said, “I don’t think I will eat this tortellini,” while his roommates quickly said, “I will.” I tried to sell him on the value of eating oatmeal once in a while, instead of eggs every day, even supplying a bag of shelled walnuts as toppings. The sale wasn’t going too well, when a roommate said, “We can make cookies with that oatmeal.” OK. The Oatmeal stays. I even added a new staple to their spice cabinet — “cinnamon and sugar.” Every once in a while, spread a tortilla shell with butter and top with cinnamon – warm it up quick on a skillet, and you have a nice treat.

The visit couldn’t have been better timed and needed because the brand new computer we bought him for Christmas kept crashing. I had the box and the receipt, so we took off, between classes, and went to visit the computer store, where we were told that his hard drive had failed. Already? This is just a month old! So, we exchanged it for a new one. No hassles. Grateful, grateful, grateful.

With just barely enough time for lunch, we stopped at the Cheesecake Factory, where he had a massive plate of Chicken Parmesan, and I tried their new menu item, “Cauliflower Steak,” sauteed in a mustard sauce. As he filled his “doggie bag,” I thought he might have enough for two more meals after that. 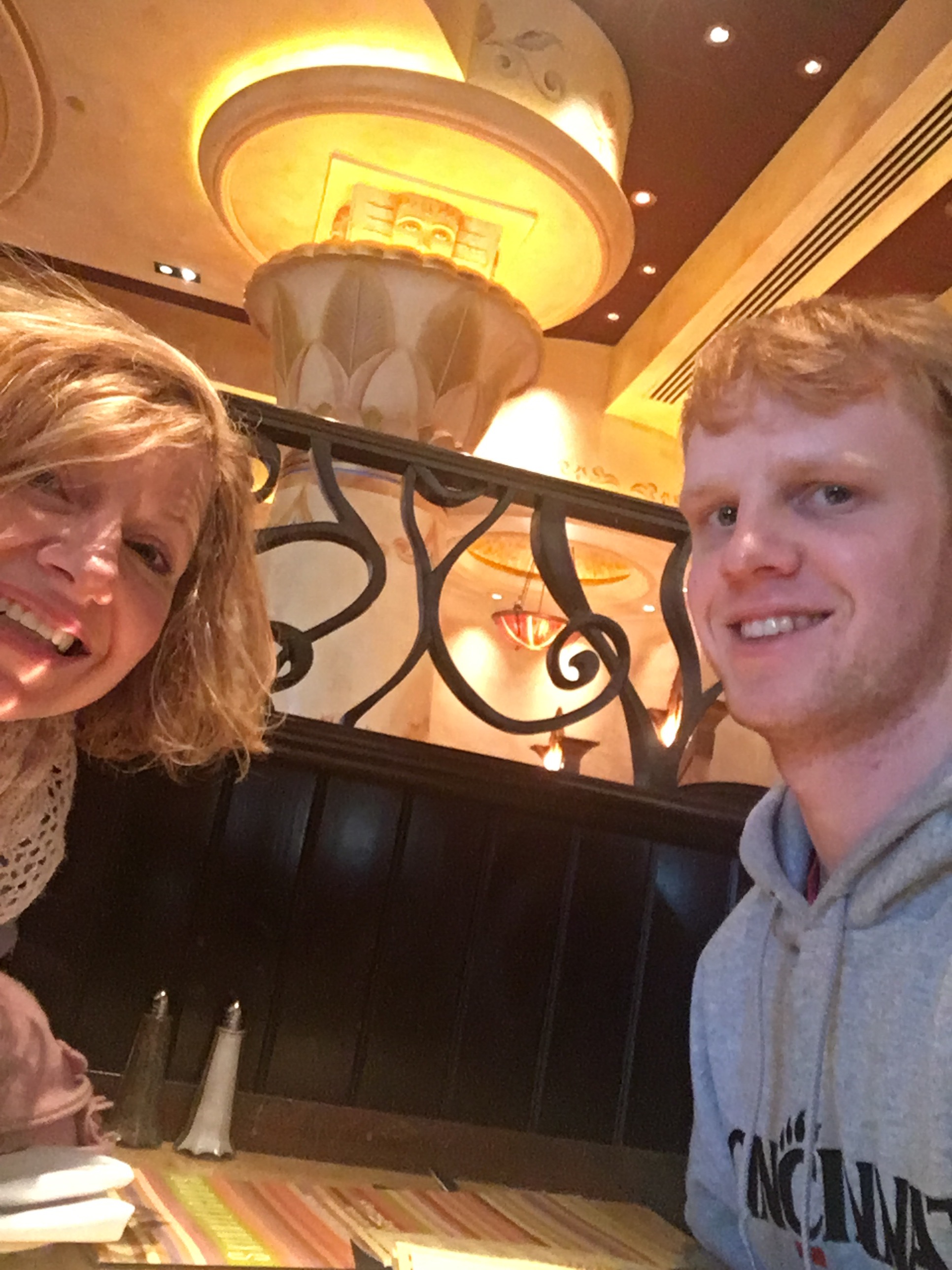 To me, the best part of the day was rushing out of the Cheesecake Factory, realizing he barely had enough time to make it to his 2:30 class. So, I drove him to his apartment to drop off his food/computer, and so that he could grab his backpack. Then, I drove him right to the door of his next class and watched him blend back into his world.

It was a quick visit, lasting a little more than three hours. But, can I just tell you what a rush it was to stand in his kitchen, even for a few minutes, and fill those shelves with “home?”

Board Game Stress
P...
Wet Valentines
I...
I Need A Hug
T...
Is it finally Friday? Thank God.
S...
Mom,
D...
And, All This Time, He Thought That Was Fun
O...
Share on FacebookShare on Twitter
clean, college, Laugh, Life
One comment to “Sharing Home”