All produce, whether organic or not, is susceptible to bacteria. Just think back to the most recent salmonella recall — organic spinach. All produce is covered with micro organisms from soil, fungi, dust and bacteria-causing germs. 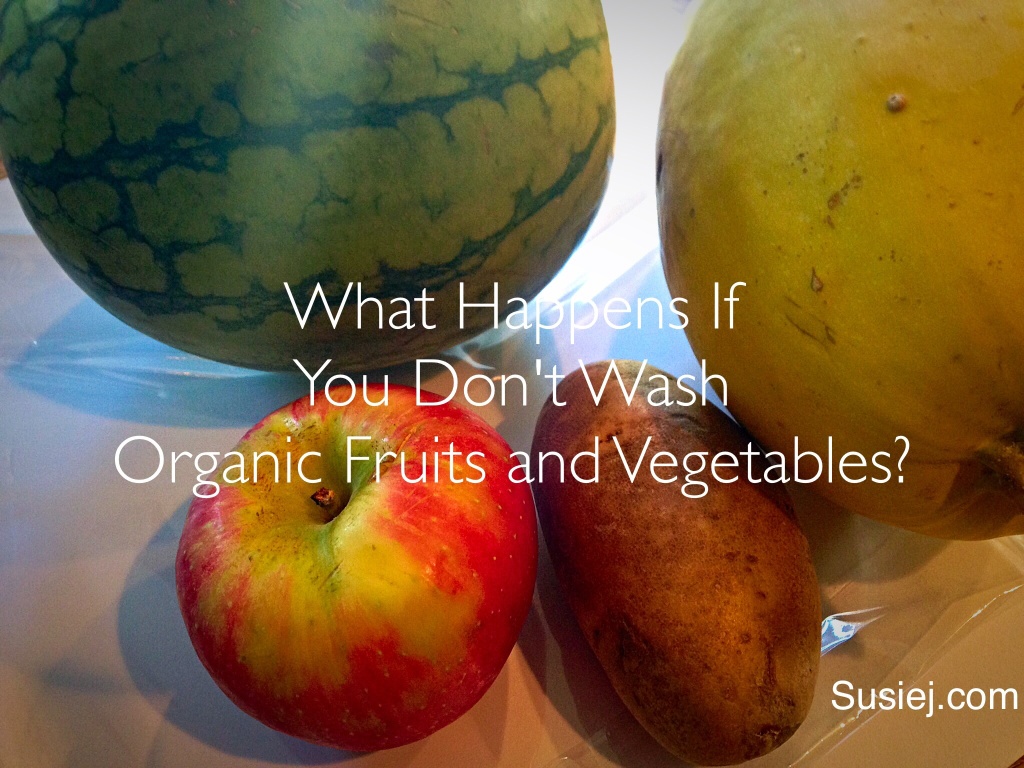 In addition to bacteria, pesticides and chemicals are unfortunately a part of our environment, and our atmosphere. There’s a high probability that some chemicals end up in the organic fields of the produce we buy.

If you think that buying organic buys you a free pass on washing produce, think again.

Water or A Commercial Cleaning Solution?
The University of Maine Cooperative Extension Office did a study comparing water and commercial cleaners for fruits and vegetables. Here’s the results: 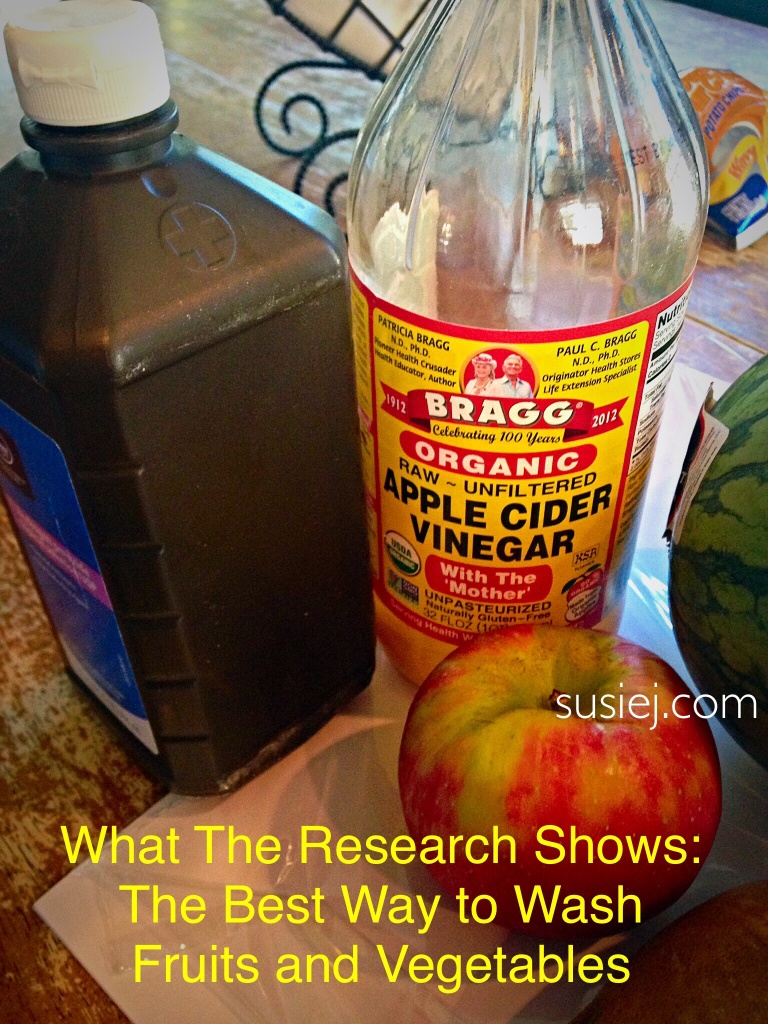 The most extensive research was conducted by Susan Sumner, a food scientist at Virginia at Polytechnic Institute and State University. Her disinfecting procedure for produce uses white vinegar (or cider vinegar) and 3 percent hydrogen peroxide (the same as found at the drugstore). These are nontoxic, inexpensive and work not only on fruit and vegetables but can be used to sanitize counters and preparation surfaces, including wooden cutting boards, as well. Here’s the method: 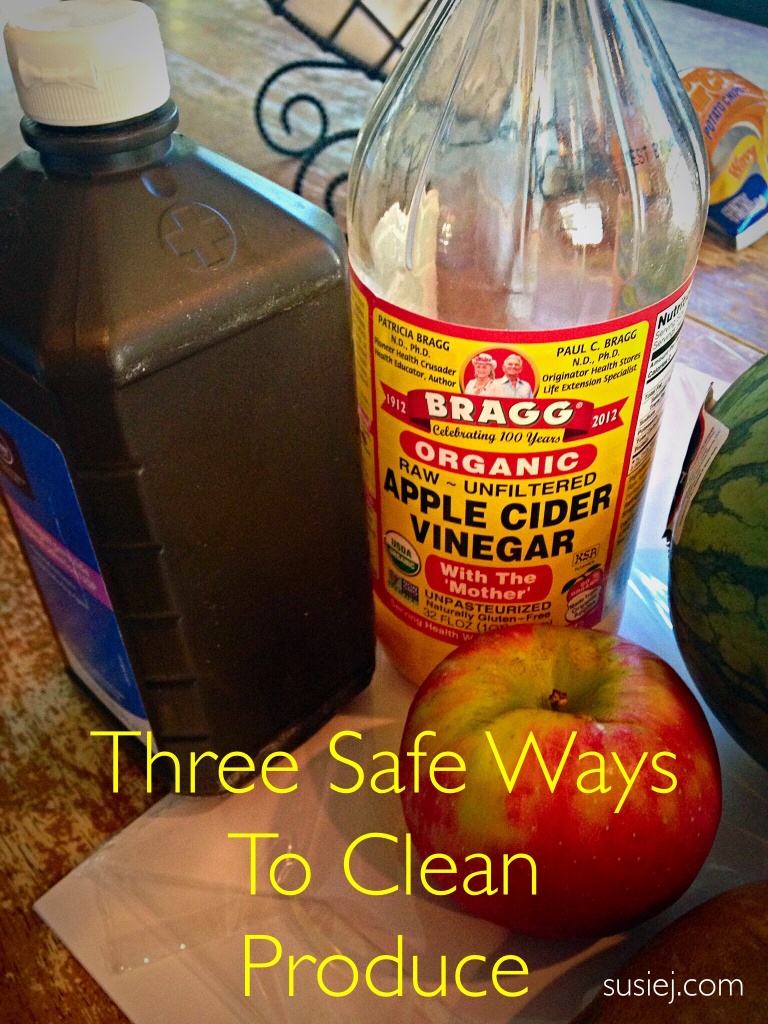 To learn more, keep reading below

Here is another recipe that is safe and inexpensive, and made from ingredients you already have in your kitchen. It is a diluted form of hydrochloric acid to wash off pesticides:

What about soap and water? Cornell University studied that one for us. They did agree that “a detergent solution may remove more bacteria (and perhaps some pesticide residues, as well), they also caution that soap is not intended for this use. Once it gets onto some kinds of foods, it is more difficult to remove than it is from dishes and it can make people sick.” And don’t use bleach either, for the same reasons.

Easier yet, follow these guidelines for cleaning produce from the University of Maine:

The Last Place We'd Ever Look
f...
I Am From... The Cold
I...
The Big Splash
...
Spy Club
M...
The Best Place to Hide Presents
...
Why go to the lake in the
s...
Share on FacebookShare on Twitter
health, Household, Life, out, Science, Try This
16 comments to “Three Simple, Effective Ways to Wash Produce”