When I wake up in the dark hours of the morning, it is the thought of that steamy hot cup of tea that gently coaxes my feet out from the covers and onto the floor. If I hurry, I can take my first sip, in silence, before the mayhem starts.

It’s not that the boys are boisterous in theÂ morningÂ — they’re actually pretty quiet, at first. The little ones come downstairs and hide under their blankets over theÂ hot registers, while the older ones are content to stay in bed. I’m the one who makes all the nosie. Soon, I’ll have to start — breaking that silence, and begin all of that endless prodding. It goes something like this — Get up, brush your teeth, have you combed your hair? Everything times 4, then, times 3, for the first two times they didn’t listen.

And the worst one — “Eat your breakfast.”

Lately, no one feels like eating! OK — I know it’s rush-hour, and my primary objective should be, to get the kids out of the door and to school on time — but I’m still thinking aboutÂ nutritionÂ — even at this early hour of the day. After all, isn’t breakfast the most important meal of the day?! My challenge has always been to find a portable healthy breakfast, full ofÂ proteinÂ and healthy carbs.

I wish I could say my kids were content with a good, old fashioned hard-boiled egg and whole wheat toast, but mealtime isn’t that simple in this house full of boys. The players:

1. The 8-year old who loves food. He would eat anything from a skillet of fried eggs and biscuits and gravy to a plate full of fresh beets, drizzled with olive oil. We’re usually too short on time to indulge him, but he’s been heard saying, “Can I add a little bit of Basil Pesto to my eggs.”

2. Fun-Size, the ten-year-old vegetarian who thinks food is for “picking,” not eating. He leaves a trail of dried oatmeal behind him, as he eats it by the handfuls, straight from the cardboard barrel.

3. The 13-year old who has made aÂ lifetimeÂ commitmentÂ to PB&J.

4. Our oldest son — a growing “man” of 17, who is already starving by the time he wakes up, who will not touch eggs or PB&J. He is now taking weight training for his first period class. He MUST HAVE a quick source ofÂ proteinÂ  along with a good dose of healthy carbs. “CerealÂ just doesn’t fill me up,” he says.

In addition to breakfast, getting dressed, and insulting their brothers, and me saying, “Be nice,” there is the lunch-packing assembly line thatÂ occursÂ  no matter how much of the “lunch” we thought we had prepared the night before. Yes, we made the sandwiches, but we haven’t sliced the apples, or cut the pears, and “Mom, could you please peel me a carrot?!”

Heaven help me if I forgot to switch on theÂ dishwasherÂ the night before.

I wish I could say that I found a one-size-fit-all morning solutions. Instead, I’ve developed an “arsenal” of quick breakfast meals that I make ahead, and keep stocked.

One of our favorite, and easiest, go-to breakfasts is pumped up cinnamon toast. This is a far cry from the cinnamon and sugar we ate as kids. This one is full of healthyÂ proteinÂ and Omega 3s. 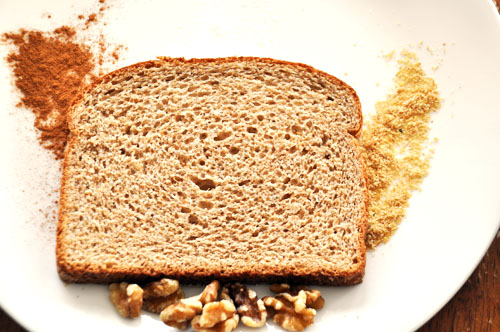 It’s sugar-free, and cinnamon is good for regulating blood sugar. How do you get Omega 3s in cinnamon toast? Great question: flaxseeds. Â For me, all the majorÂ nutritionÂ bases are covered through this cinnamon power powder. If all the boys have time to eat is a slice of toast with this cinnamon powder, I feel good about that!

I mix up this cinnamon powder in batches, and store it in a glass jar in the freezer.

TheÂ ingredients:
â€¢ 1 cup Almonds 0r Walnuts
â€¢ 1 cup Flaxseed
â€¢ 1/2 Cup Cinnamon
â€¢ 1/2 cup Stevia — more or less Â to your taste.
To make it, grind the nuts and flaxseed in a food processor or coffee grinder. Depending on how picky your kids are about “texture” will determine how “fine” you make your powder.
Pour the nuts and flaxseeds in a large mason jar and add the cinnamon and Stevia. Shake well.
Store in the freezer — flaxseed must be kept cold. 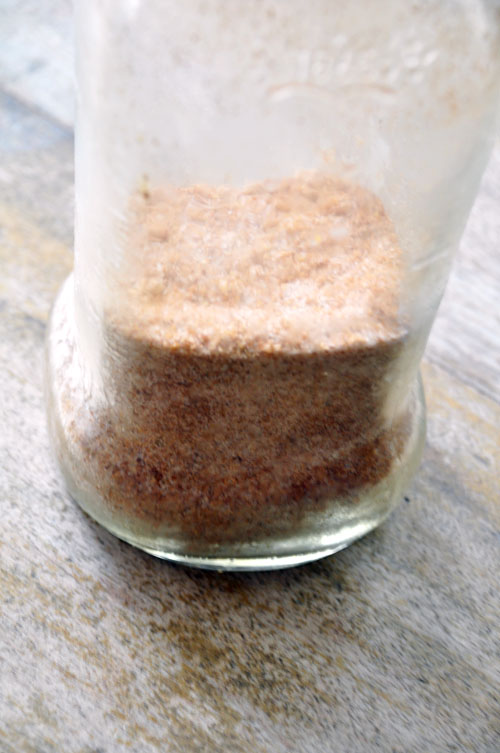 To serve:
Grab a bagel or a piece of bread, and load it up with butter. (Yes,Â I believe butter is a “health food,” especially for growing brains.) 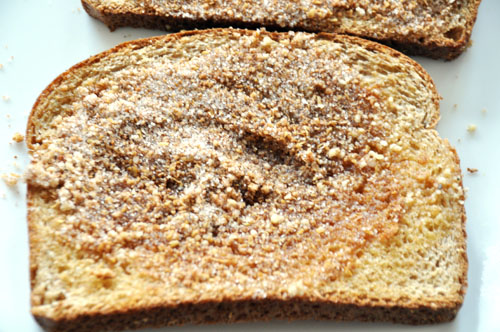 (If you have time to toast your bread, all the better.)
Sprinkle on the cinnamon power powder, and go. 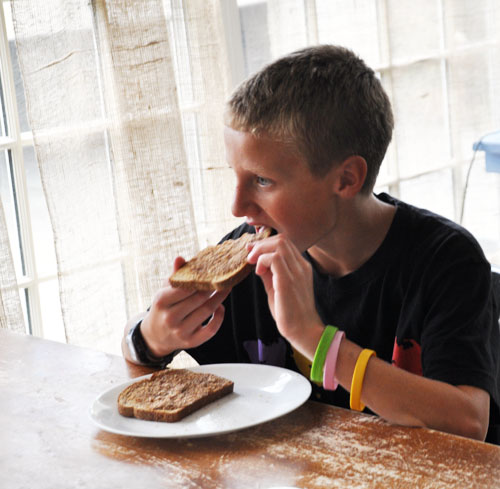 Always Remember The Great Power Behind You
I...
His Fantasy in Full Color
O...
Ginger Bug: It's Like Having Your Own Homegrown Soda Stream
T...
When We Canoed Under that Tree
T...
Winter Solstice How it All Began
T...
Confession: I'm Raising Mosquitos
S...
clean, Eat, health, Life, reviews, Try This