This was my Christmas present. 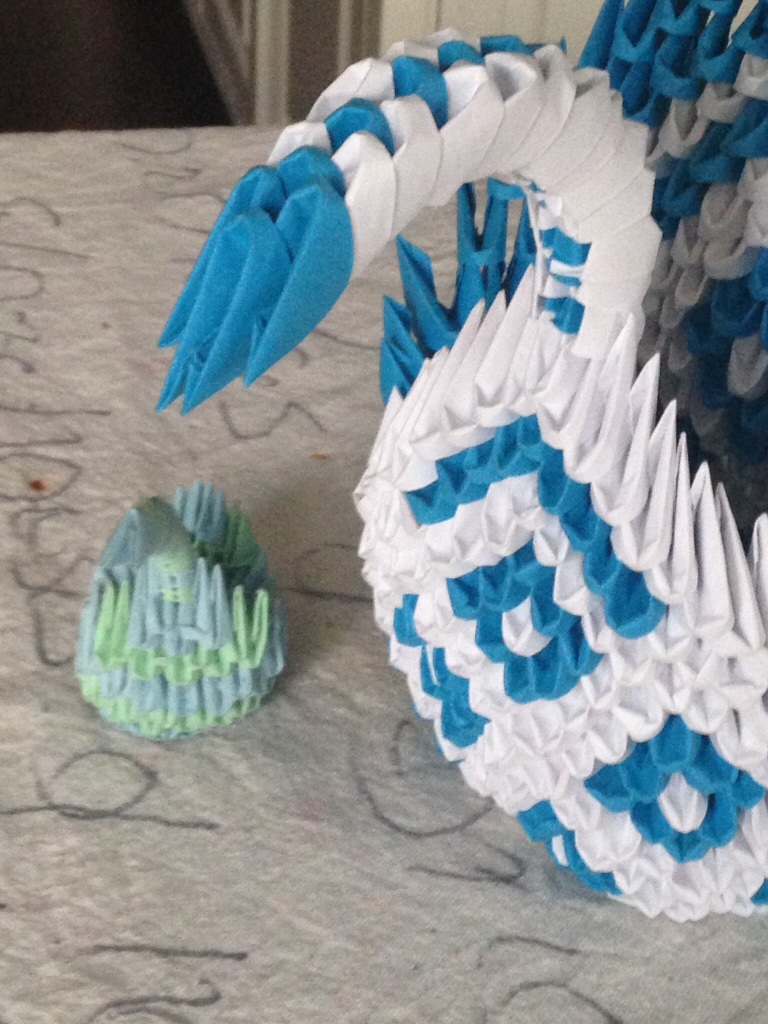 The origami-maker had put the paper, and its folds away for quite some time — several months. 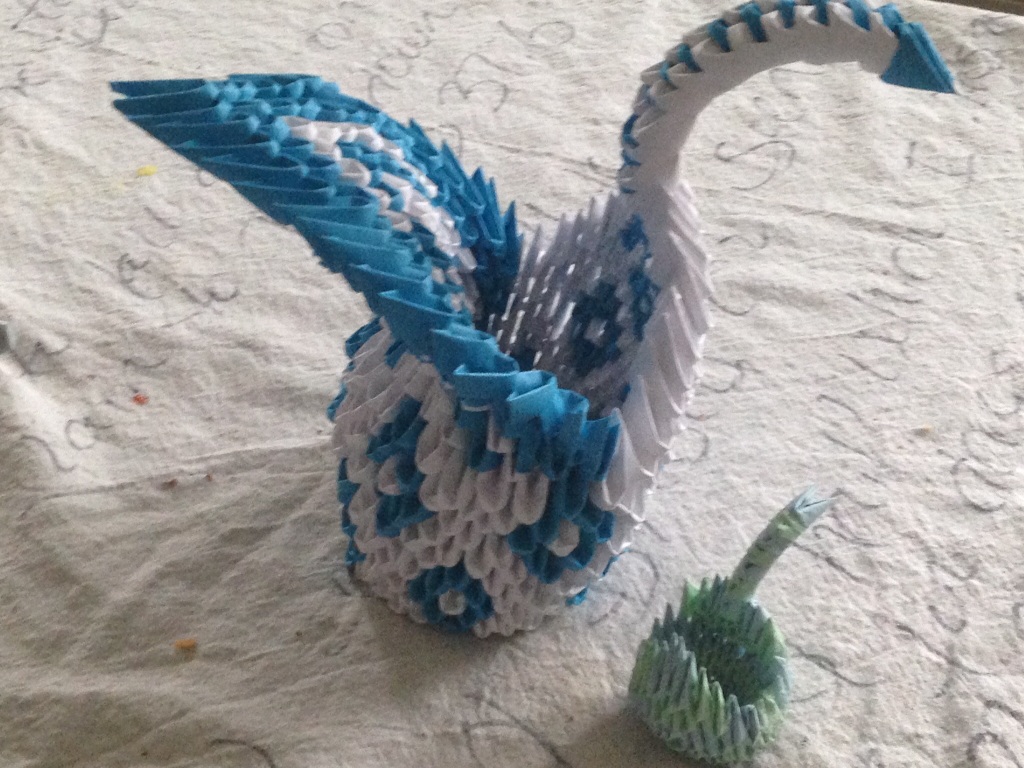 But somehow, the idea of making a 3-d origami swan took hold of him, and he couldn’t help himself. Â 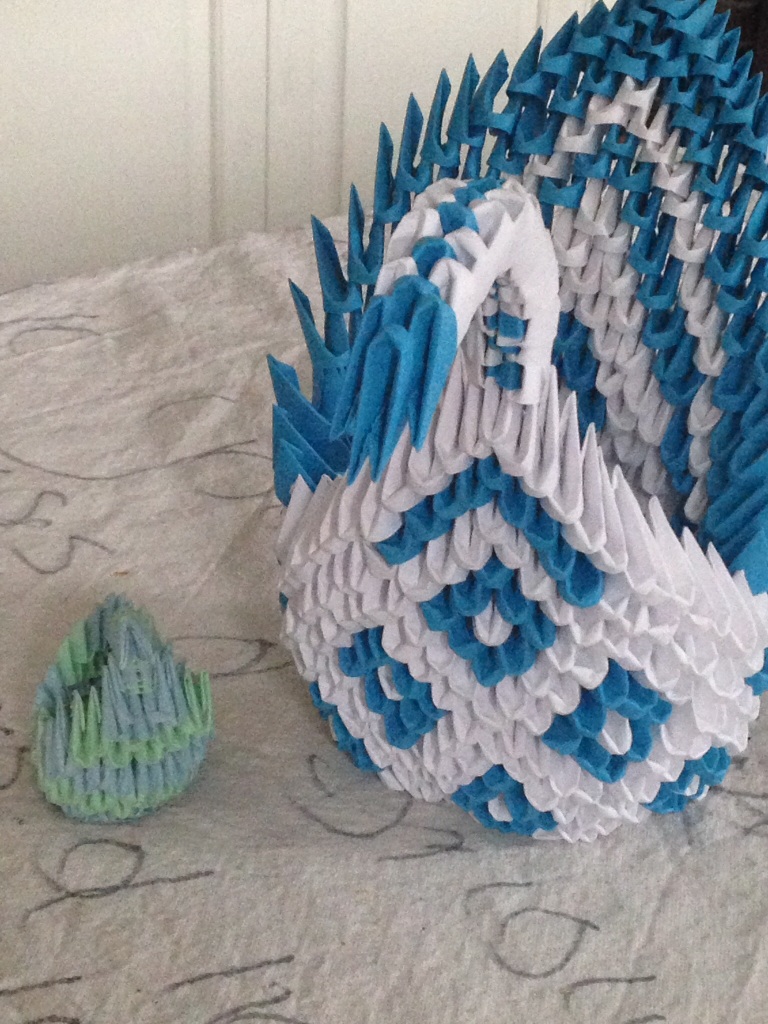 So, he took it upon himself to cut regular typing paper, in the appropriate blue and white colors, into miniature squares. And then proceeded to fold each one into 3-d origami triangles. Â Five hundred sixty two of them. 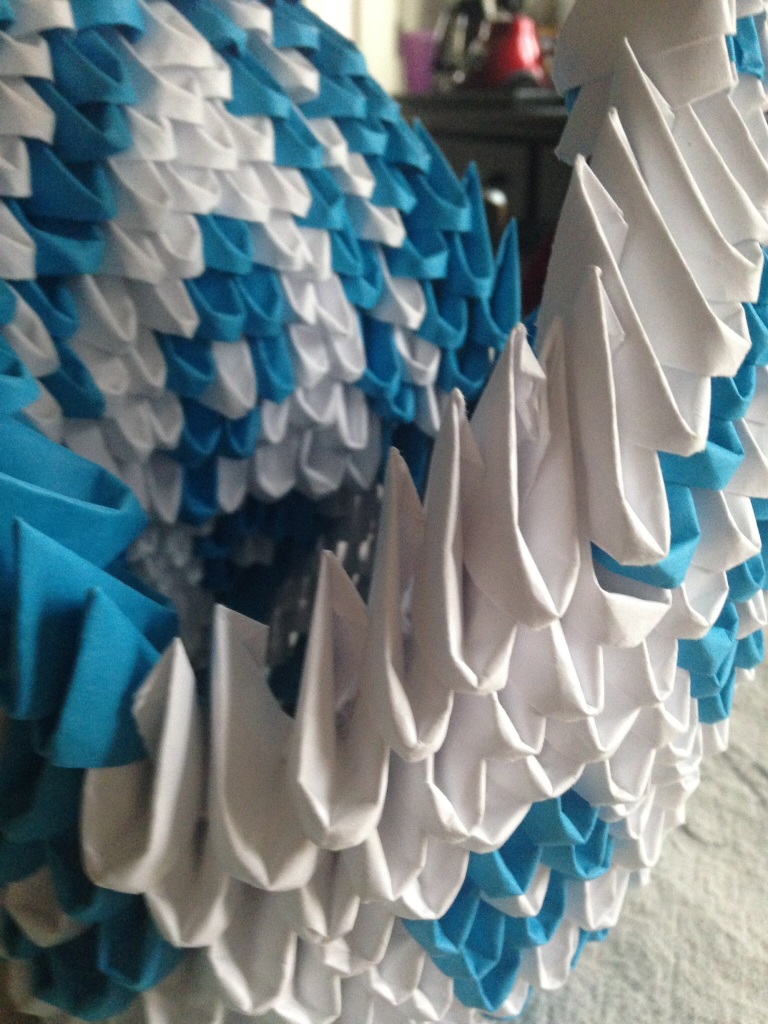 He’s moving onto a “dragon” but that will require nearly 1500 3-d origami pieces. But he’s taking a break for Christmas.