I had a few elementary boys home early from school today, and after I took them out to lunch, I told them we were going to make some good old fashioned flubber. You know, like we used to do when you were in preschool? 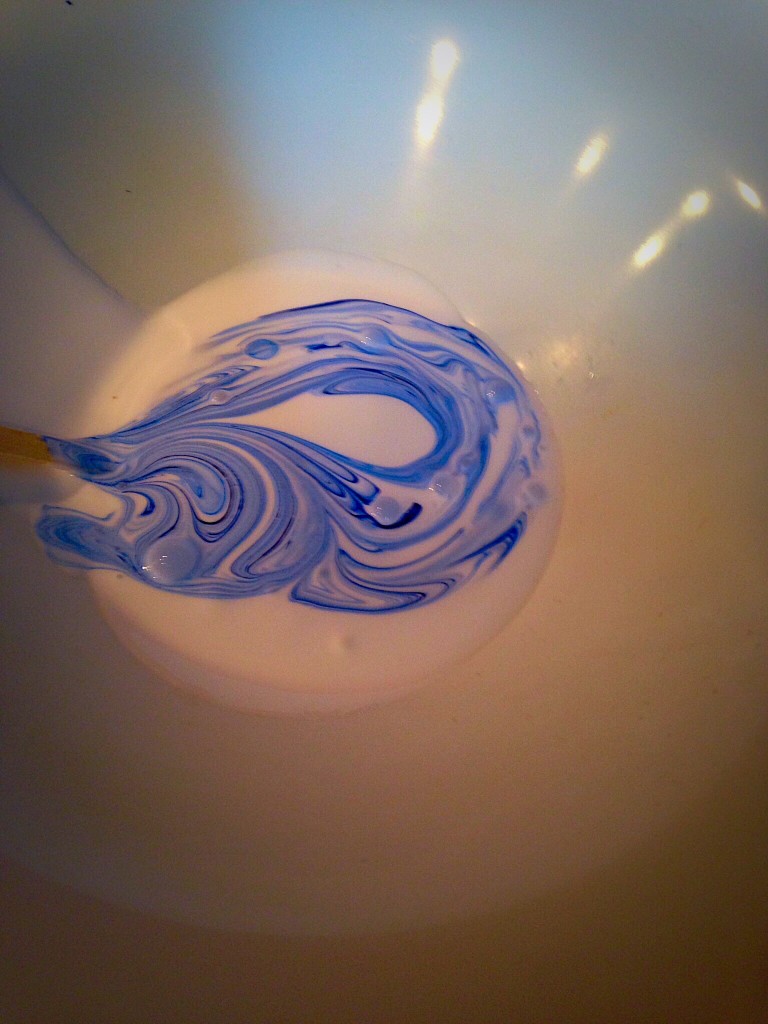 Boys your age need some tactile, sensory exploration, I explained. As I was looking up a recipe, on Pinterest of course, I stumbled across
Twodaloo’s recipe for giant re-usable bubbles. Stephanie, I know we’ve never met, but my deep felt gratitude goes out to you for stumbling upon these awesome bubbles, accidentally. (Has Hasbro contacted you yet?)

As we set out to make the slime, the boys were so impatient — and I was trying hard to follow Stephanie’s advice to “make it slow” so I wouldn’t end up with some kind of blubbery mess.

While we were mixing the starch into the glue, and stirring, I had a flashback, remembering their little cherub pre-school faces, and how they just watched, intently, almost holdingÂ 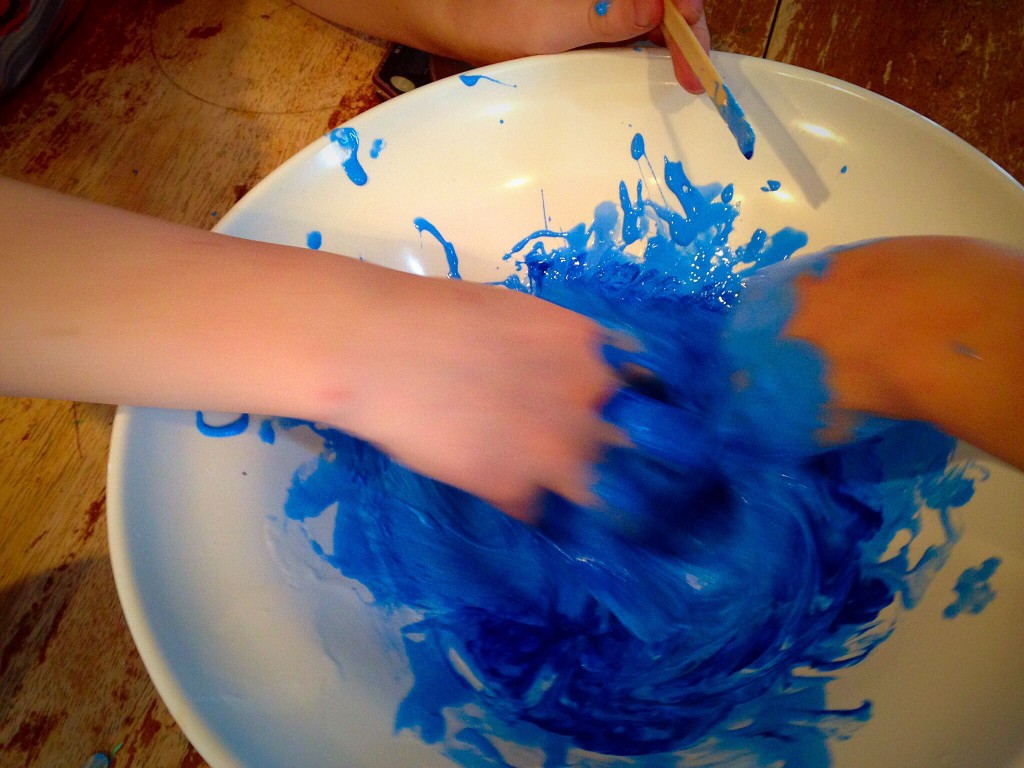 their breath, as I mixed. But this time, they weren’t so patient. Video games and instant gratification have taken their toll on these young boys. Â Worse, Â I found myself following their rhythm of hurrying… 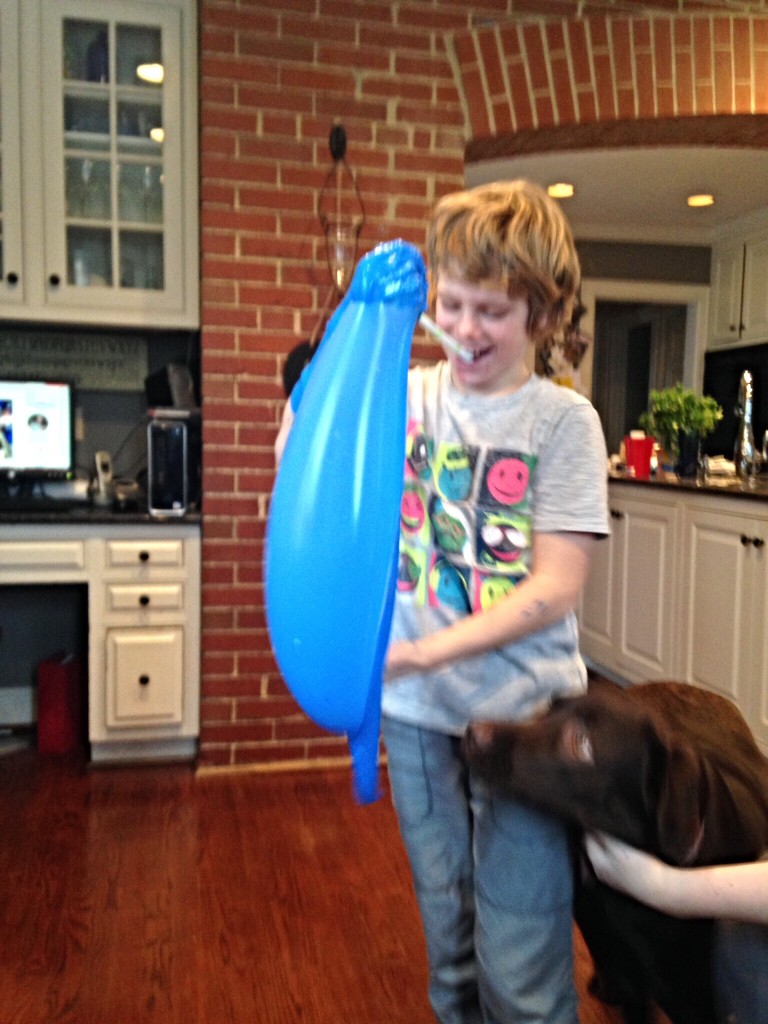 It was hard work, sort of, to keep adding the starch, stirring, kneading, and trying to decide if we had the perfect consistency to make the bubbles. And I found myself saying — you have to work at this — it’s not just a simple video game where you just click, and something happens. 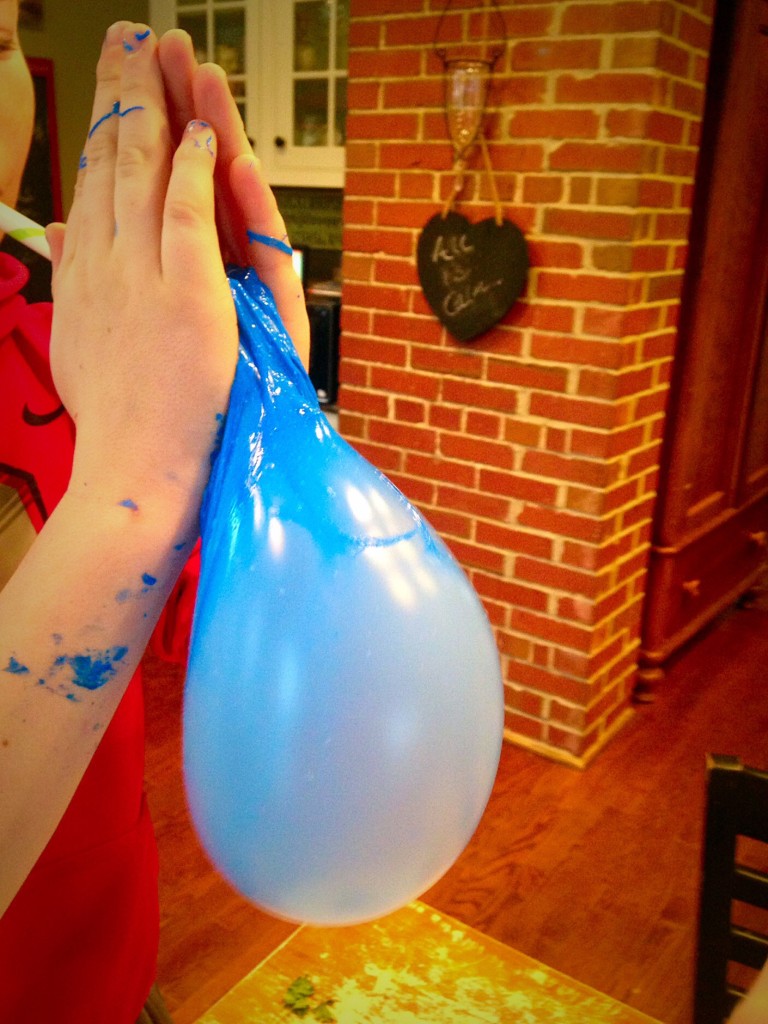 Here are my caveats if you want to try making these bubbles. Follow Stephanie’s recipe here. Â Rest assured, no matter how big of a mess you have on your hands, (literally) while mixing the slime, the slime will eventually reach a point where it easily pulls off over every surface — you just need to keep kneading the give it time. 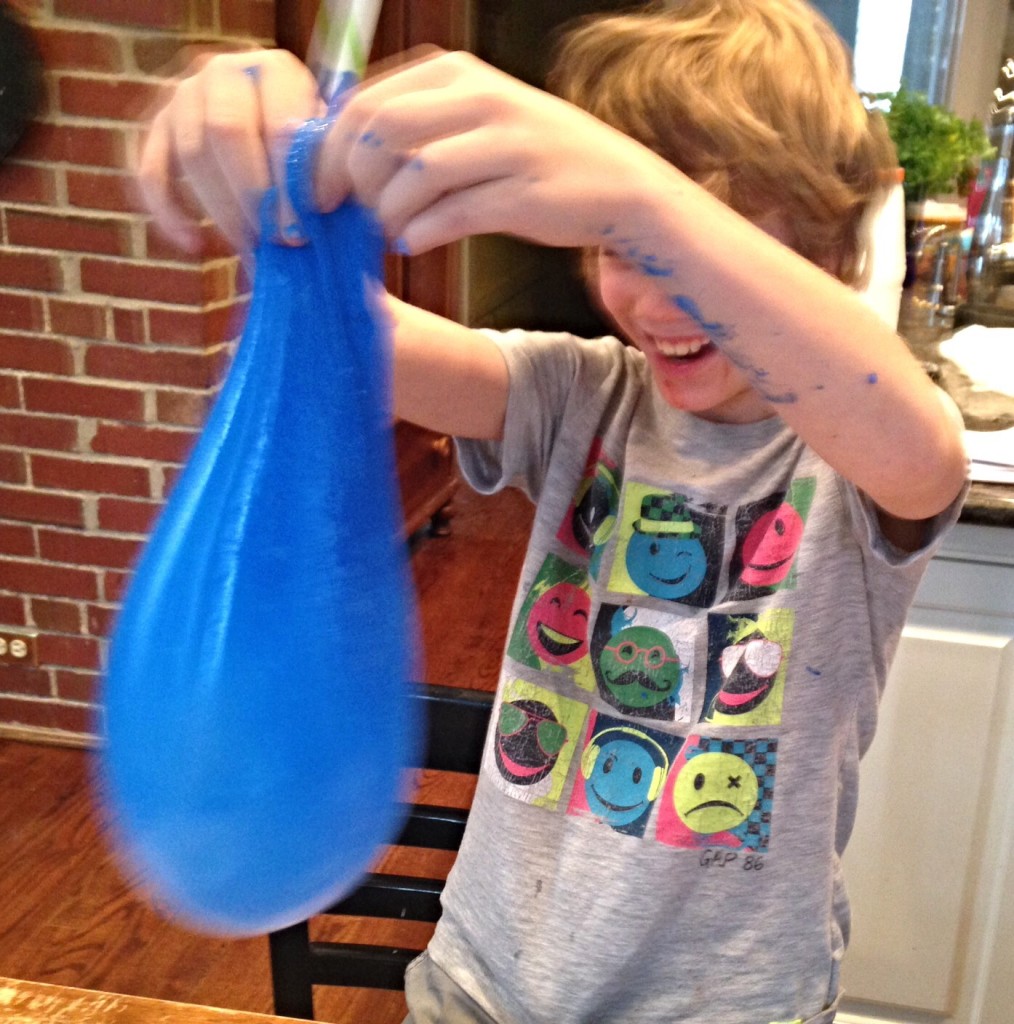 Hold back for awhile before you start kneading with you hands. Keep using a spoon as long as possible so that by the time you get your hands in that slime, it’s at the easily pulled off stage.

I did not have clear glue, like Stephanie recommends. I am still under the auspices of “tidying” and couldn’t see buying something new when I already had white glue.

I needed more than the recommended amount of starch. I had to keep adding drops of starch beyond the 3/4 cup to get the slime to “break.” This may have been because I used white glue?

Instead of food coloring, I used washable tempera paint. It was perfect. No color was left on hands.

The boys are still playing with the slime, making faces out of the re-usable bubbles. The video games are silent, and the fingers are busy sliding, pushing and molding, instead of clicking a game controller.

Why I'm Still Feeding Sourdough Starter: English Muffins
I...
I Don't Ask For Much
J...
When I Wasn't Looking
W...
The Beautiful After-Christmas Barren Halls
I...
The Adventures of Jack and Jill: Chalk
I...
Waiting for the laundry
...
Share on FacebookShare on Twitter
clean, Life, Make Something, Try This
One comment to “You Have To Be Patient and Actually Work At It: Reusable Bubbles”