I’ve been busy writing. For other people. In between my endless trips to the grocery store, loads of laundry and cooking, I’ve been looking for the truth in what someone else wants to say — and nailing it down with graphite. (I always write by hand, first.) Without giving it away… I can give you a glimpse of what I’ve been working on. Pronouns are missing… bear with the incognito.

The magical thing about basketball is that just about every season there is one game, out of nowhere, when something seeminglyÂ unimaginable happens. Seconds are broken down into microseconds, while the heart agonizes over how slowly, or how quickly (depending on where you sit), those final seconds tick off the score board. This drama is what keeps the seats packed throughout the winter as students, parents, alumni and basketball fans flock to the gymnasium just for that one chance to witness the single swoosh that makes or breaks the season.

Such a night happened during the championship game….. During the last minute of the game, the team threw a 3-pointer, giving them a one-point lead. Then, in what was an excruciating 20 seconds for them, the other team made two free throws, giving them the lead at 51-50. With less than 10 seconds left, the team threw the winning shot, marking the final score at 52-51. Such a game is what makes….

By definition, March Madness means that the season’s past record tells you little about the future. Basketball fans know thatÂ nothing’s a given. But one thing we do know: The fans always cheer as if they do belong in the tournament, regardless of what drama unfolds on the court. 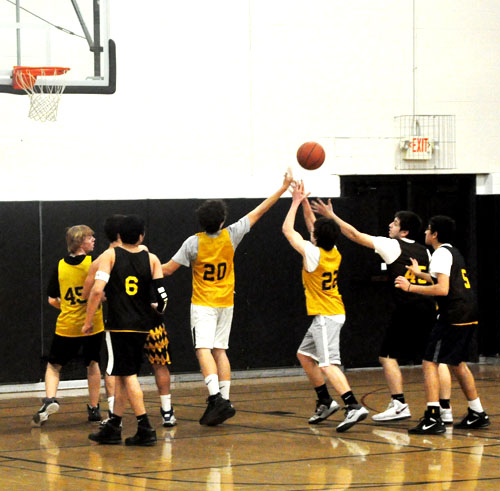 Isn’t that the truth…

How to write a thank you note in 13 steps
T...
Won't you be my valentine?
F...
Note to self: 13 Reasons Not To Host a Sleep-Over
D...
Building Swans from Scratch
A...
Cross Country
...
Stop Storing Lettuce In Your Fridge
W...
Share on FacebookShare on Twitter
clean, Life, writing
One comment to “When Seconds Become Microseconds”