A bottle is purchased every 55 seconds. (My sale hit at exactly 11:43, November 28, 2010 EST.) For nine decades, this iconic scent remains the world’s best selling perfume of all time. 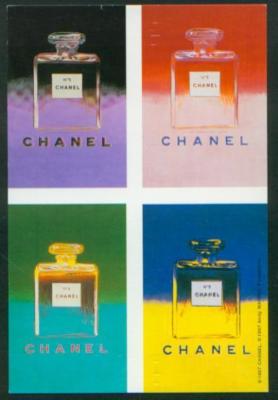 Chanel NÂ°5was not original to Coco Chanel, but rather was inspired by the recreation based of a perfume that had originally been created for a Romanov dynasty celebration in 1914, le Bouquet de Catherine.

Could it be Chanel NÂ°5Â  is so alluring be because of its mystery?Â  This was one of the first complex fragrances — the fragrant components cannot be isolated out of the composition. You cannot, no matter how hard you try, pick out the top notes of bergamot, lemon, neroli and ylang-ylang, the heart of jasmine, rose, lily of the valley and iris, or the base notes of vetiver, sandalwood, vanilla, amber and patchouli. The effect is one complete symphony of sophisticated fragrances. Jackie Kennedy wore it herself. It was her only perfume.

The scent used, for the first time, the synthetic component – aldehydes, pure and fresh, similar to the odor of clean linen just brought in the house form the fresh air. Beaux says his inspiration came from one of his visits to the Arctic Circle and the smell of water in midnight. The unique smell of frozen lakes and rivers fascinated him so much that he decided to replicate it in his creation.

The first Chanel NÂ°5 was captured in a simple rectangular bottle with the top which resembled Place Vendome in Paris. The first bottle was designed by Chanel herself and represents her classical principle – less is more.

We Just KILLED One of Your Stories
I...
Storing Ginger for the holidays and beyond
W...
DIY Wood Hanger
T...
He Heard His Bone Crack
I...
When The Kids Come Home Sick
Y...
Not So Simple Syrup As A Mixer For That Raspbery Mint Julep
T...
Share on FacebookShare on Twitter
Try This
One comment to “The smell of water at midnight”