There was once a cow pasture just outside of Dayton, Ohio, where the Wright Brothers, in their own words, “really learned to fly.” In 1904, without Kitty Hawk NC’s high winds, the brothers got a plane off the ground, and learned to do circles and figure 8s.

This cow pasture is now the home of the biggest aviation complex in the world, and now the Huffman Prairie Flying Field, which sits next to the Huffman Prairie Flying Field Interpretive Center. (Please click here to vote for this park. As part of Coca-Cola’s Live Positively Initiative, this park could win a $100,000 grant!) Both complexes are located within Wright-Patterson Air Force Base, and are two of the four sites that comprise the Dayton Aviation Heritage National Historical Park.

This was my America’s backyard adventure, as part of the second annual America Is Your Park campaign sponsored by theÂ Coca-Cola Live Positively Initiative.Â We spent the afternoon there, eating City Barbeque sandwiches, and flying park-ranger supplied paper airplanes.Â

Notice how the park rangers entertained our kids, (and the parents).

The rangers and historical displays are careful to not only showcase the Wright Brothers’ success, but also are careful to point out the brothers’ failures, frustrations and disappointments. Because theseÂ stories are all an integral part of the story and dream of flying come true.

We learned from one park ranger that out of the 105 flights the Wrights completed in 1904, they only racked close to 45 minutes in total flight time. Farmers in the area expressed sympathy for their father, Bishop Wright, who they thought was troubled byÂ his sons’ erratic behavior. (Can you imagine…?) On September 20, 1904, the Wrights finally flew their first complete circle. The flight lasted 1 minute, 36 seconds and covered 4,080 feet.

The goal of America Is Your Park was to get us up off the couch while helping a favorite national, state or local park win a recreation grant provided by Coca-Cola Live Positively. I also discovered that this national park is a gem – and I will hand thatÂ accolade to the park rangers, who have such contagious enthusiasm about flight and history, and take a hands-on approach at the park — they will love your kids. Just ask one to tell you about the Vin Fiz, the first coast-to-coast flight that took 40 days.

Some of my boys earned a Flight Simulator Certificate —

Earning this required 3 minutes of flight. Some of my boys didn’t quite fly that many minutes.

I’m convinced that after spending time at the Dayton Aviation Heritage National Historical Park, that there might be a few remnants of the Wright Brothers dream left there. Perhaps it latches onto you before you leave,Because as soon as we arrived home, my sons pulled out toothpicks, glue and PopsicleÂ sticks and began building and flying their own versions of airplanes. 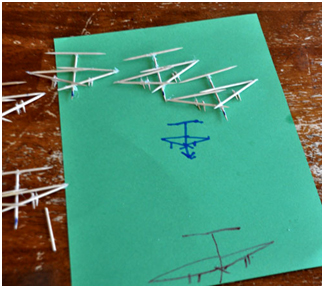 This lasted for days….

To vote for your favorite park, and upload photos of the park visitÂ Live Positively.com/americasparksÂ and check in on Facebook Places when you go to your park. Round up some friends, and go plan your own national park date andÂ vote here! Voting runs until September 6, 2011.

This is the Air/Fryer Convection Oven I'm Buying
O...
When The Cousins Came To Visit
T...
Is Gratitude the Great Betrayer?
T...
Why yes, I did end up with eggs all over my kitchen
N...
Savoring One Book From Start to its Long, Long Finish
I...
You must stay for at least one sunset
I...
Share on FacebookShare on Twitter
clean, Life, travel