She came back for a visit, four years later, and just before I went down to meet those lovely ladies for dinner, I spotted this photo, on the photo curtain.. 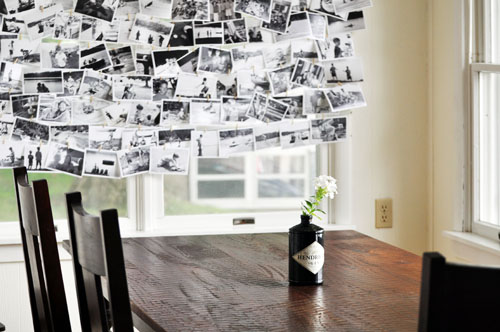 I unclipped the 2012 photofrom its mini clothespin and tucked it into my bag. 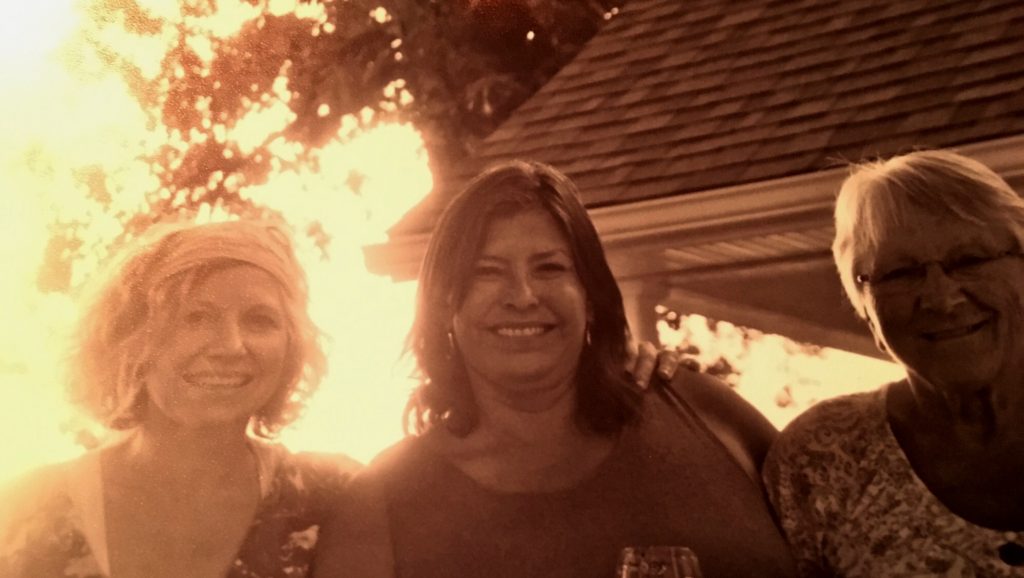 After a few minutes of marveling at how much we have and have not changed, we decided to re-enact the photo, for the new and improved versions of ourselves. Now four years older, and wiser for understanding that the photo will not be just a one-off-snapshot that we tuck into a drawer, but rather, one we will probably keep, treasured share. A memento. 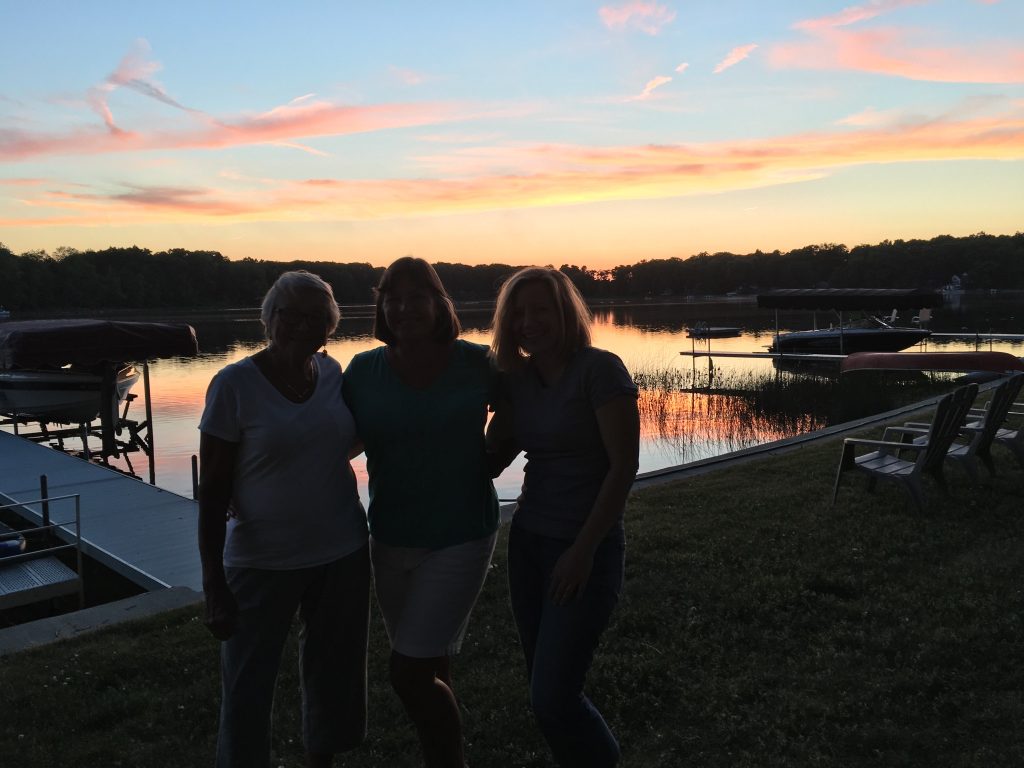 Despite our efforts to get the order right (we realized much later), we tried to do it exactly as the sun was setting, thinking this must have been the way we did it the first time… 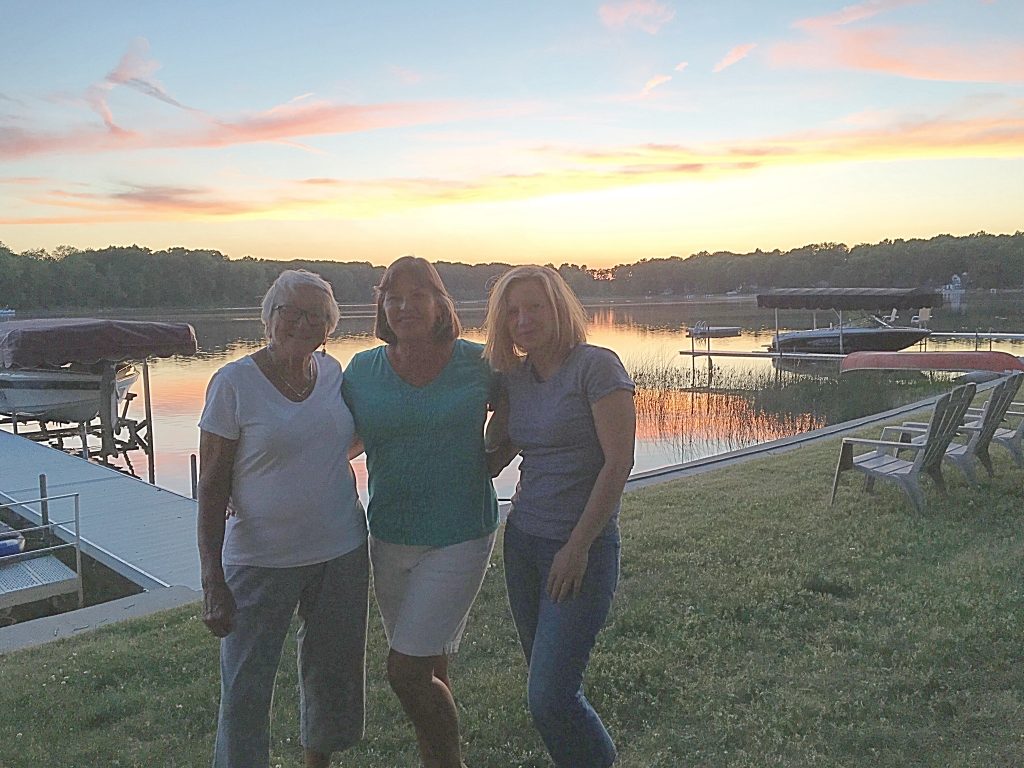 But obviously, the bright sun, darkened us too much to see. After several more attempts to trying to get the flash to come on automatical from our phones, and closed eyes during the snap, we moved positions and came up with this one. 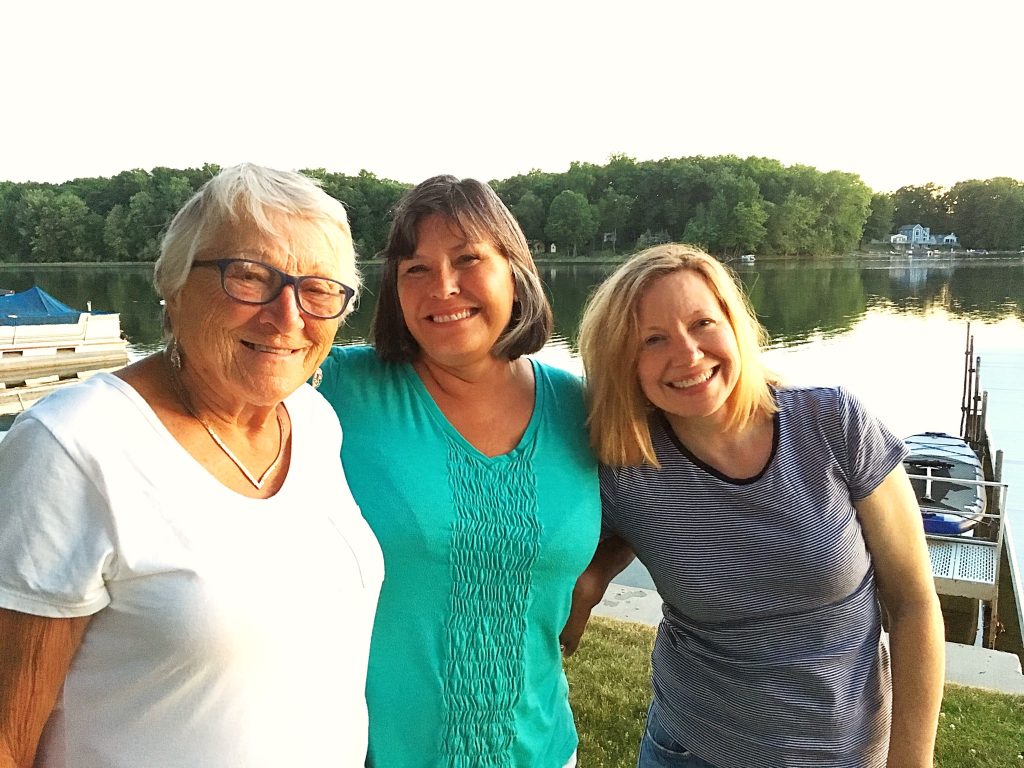 And without daring to breathe it, we hoped that we could once again, take another re-enacted photo in the next four years.

The Elf Strikes Again
H...
How Rosie Ended up On The Most Wanted List
W...
Not the Mormon Housewife Blogger
I...
The Latest on the Domino Building
F...
In Light Of Impending College Start Date
T...
My kind of Morning
F...
Share on FacebookShare on Twitter
Laugh, Life, memories, the lake house