Stacks of picture books were loaded into the basket of the stroller, the crook of my arm, and even in the book toteÂ which I took along with me. My eyes were bigger than my stomach, as we found one irresistible story after another. Loaded with treasures, we headed home for lunch, and in the late afternoon, we would pile onto the couch to do our very favorite thing — read those stories.

I remember thinking how lucky I was to have boys sitting so still, and so engrossed in books. And, I was doing the right thing. Not only was I teaching them that books were a form of entertainment — but I was modeling, wasn’t I? About how much pleasure I found in books — I was doing everything right — creating good readers. Even at the lake, we always made time for stories.

I imagined, in 15 or 20 years, that we would all be in a virtual group book club — reading books together, and then catching up to “discuss” the book in some kind of virtual chat room. Fast forward 15 years — and you will find instead, those same boys engrossed in their phones and tablets, watching video games, rather than scrolling through their Kindle app. Where did I go wrong?

Instead of a virtual book club — we are in a virtual Fantasy Football team. Really.

This picture, which I found on Pinterest, which I actually envisioned as being my reality one day, is nothing short of laughable. 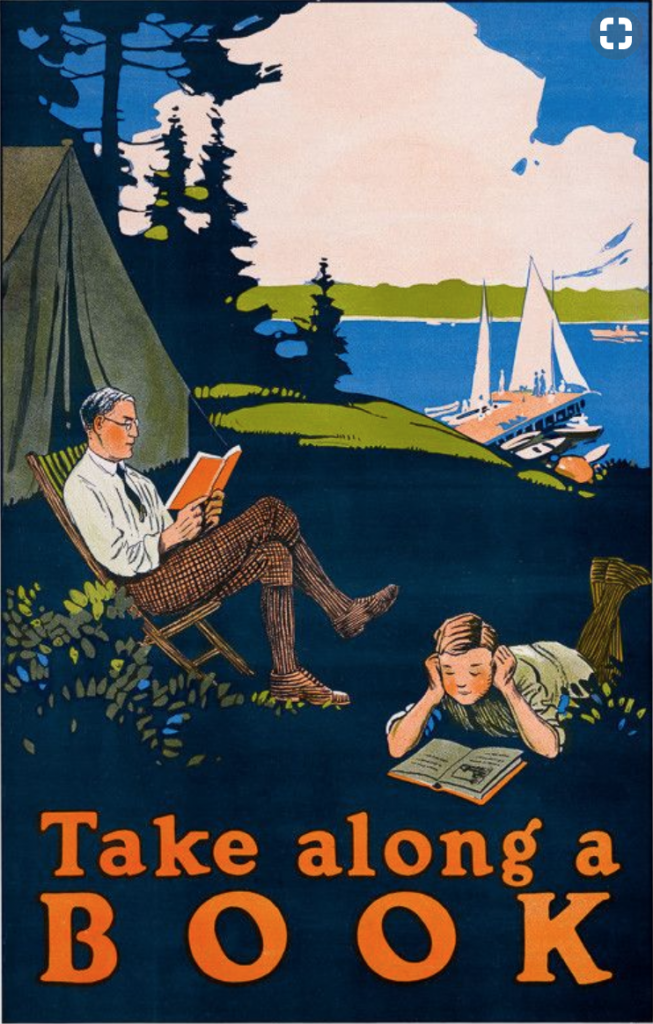 I even sent it to the boys, who responded with a simple, LOL. So, I have no choice but to take this Fantasy League as seriously as a novel. Apparently, my team is well-stacked — and I wanted the boys to know that I did not auto-pick the first player that came up with the highest stats. I carefully considered each player, and often times did not pick the recommended top player, and instead picked the second. There was some signal that tipped me off that made me suspicious of the top pick — althoughÂ I can’t recall what it was. (Other than maybe wanting not to appear so obvious?)

Still, I think I’ll order the print. We tend to achieve what we focus on. I’m not giving up just yet… maybe the picture will serve as a visual reminder of where they’re headed.

From Brass to Rubbed Bronze: Painting the Door Hardware
H...
All the king’s horses and all the king’s men
C...
The One Lenten Practice That Doesn’t Punish You When You Cheat
I...
As Rare As Beach Glass
A...
Always Remember The Great Power Behind You
I...
Memorial Day 2015
Share on FacebookShare on Twitter
clean, Laugh, Life, memories, read