It’s the number one book, again, for Americans, according to the most recent Harris Poll. It’sÂ now followed byÂ Gone with the Wind,Â Harry Potter,Â The Lord of the Rings, andÂ To Kill a Mockingbird.Â

And I’m still struggling to understand why this group I’m part of thinks it’s so important to memorize just a sliver of this great book. The entire book of John, with all of its transitionsitionary and prepositional phrases, when I am just as content to just remember this, “Be Still and Know that I am God.” 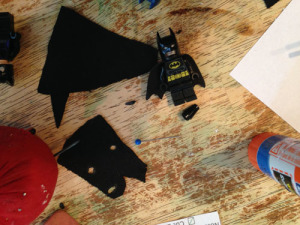 I’m cleaning, and trying to make the most of my time, by scratching out a few of the verses off my list. John 2:6,Â Now there were six stone water jars. ImmediatelyÂ I struggle with the apparent mundaness of these simple words that take me away from the “point.” Â I put some Lego pieces into the bin, and I try to say the words, from memory in my head, “they were jars… but they were stone, and there were six of them.” Â  The words don’t even come out naturally to me. They are awkward.Â 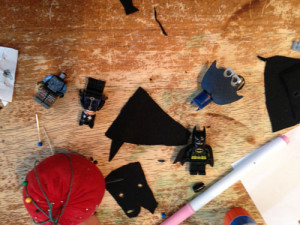 My mind starts to float away, to more practical matters, to more pressing things, like if maybe the kids would make less mess if the toaster was in a more accessible place — and if my son remembered to turn on that college form, and isn’tÂ thisÂ the day the water bill is due?

“Nearby stood six stone jars…” I got it this time, perfectly. Nope, I forgot that they were water jars. I remembered that there were six, and they were stone. Details, details. 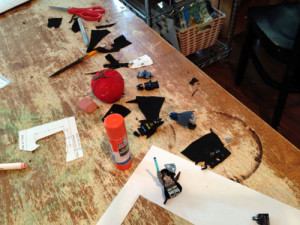 And then the lights turn on. Didn’t Jesus just say, in verse 5, the very previous verse, “What does this have to do with me?” See, even Jesus thought this was trivial.

Next, he sends the servants over to pull out the six stone water jars and fill them, to the brim, with water. (He knows they’re empty.) He’s going to use them to create his first miracle, and save the Groom from embarrassment.

Then, the light comes on. He not only created everything, but he knows where we’ve put everything. The things we’ve lost, the things we’ve misplaced, destroyed and have forgotten about. He knows how much it can hold, what it’s breaking point is, and when it will wear out.

I look dismally around my own house, with all its clutter, and things misplaced, and some thingsÂ that are probably useful, but I haven’tÂ quite figured out how to pull it all together, and I wonder what appliance is running on its last leg, and I don’t even know it.

He knows every, single detail…

How does the creator of the universe,Â the one who keeps the sun from getting too close and burning us up, have time to keep track of the six stone jars? I shake my head in humble awe.

It just makes me want to draw closer and ask Him, “what else do you know?” What empty vessels do I have lying around here, amidst LegoÂ pieces, college forms, hand-made mother’s day vases, and a treehouseÂ that’s about to come down, that you can use for another miracle?

How To Host a Reverse Surprise Birthday Party
F...
Vintage Movies For The Snowbound
I...
Chocolate Peanut Butter Pudding Cake
I...
There Is No Later
L...
Keeping Track of the Marshmallows In My Pantry
T...
How We Survived the Cold Summer of 2015
Share on FacebookShare on Twitter
Life, love stories, spirit