Update: My son’s preschool teacher sent me these pictures — her daughter proudly made this dragon out of snow, 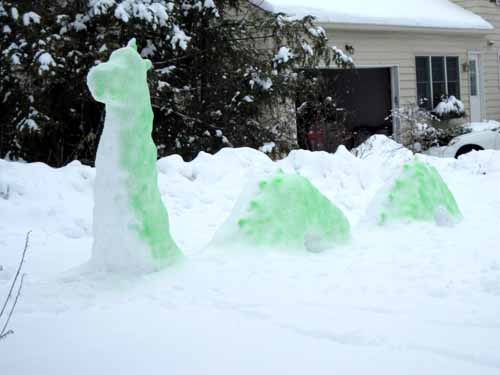 using green food coloring to make the stand out. (She said it was OK to publish these photos.) Puff is nothing but delightful.

I hope she sends me an email to explain how she got that neck to stand up so tall! 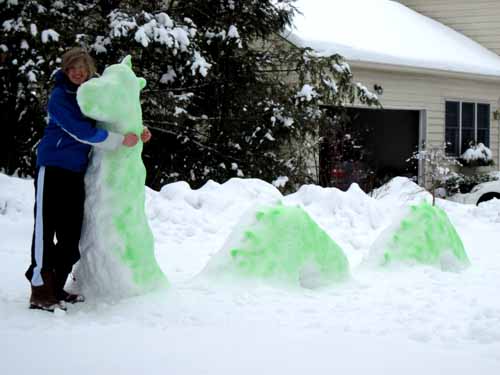 A snowman in the front yard is a testament to the mother inside (and you can bet she’s savoring a moment of peace over a cup ofÂ  tea) who has successfully managed to instill in her children the inspiration to make something out of the white powder that the kids are nothing short of sick of by now. 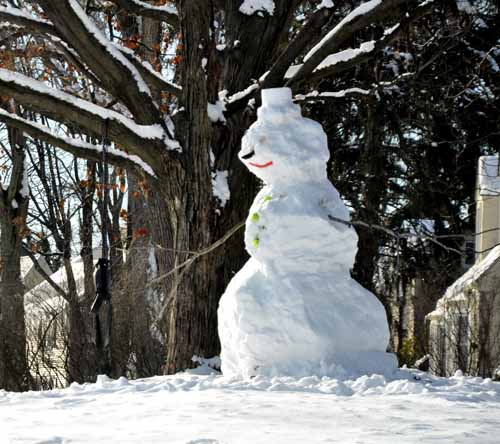 Snow, at this point, has lost a bit of its novelty, and dare I say it, its pristine beauty. Now that the earth has been covered in a blanket of white for so many weeks, our landscape looks more like a white desert than a Winter Wonderland. Snow has, due to the passage of time, inherited different shades of white. 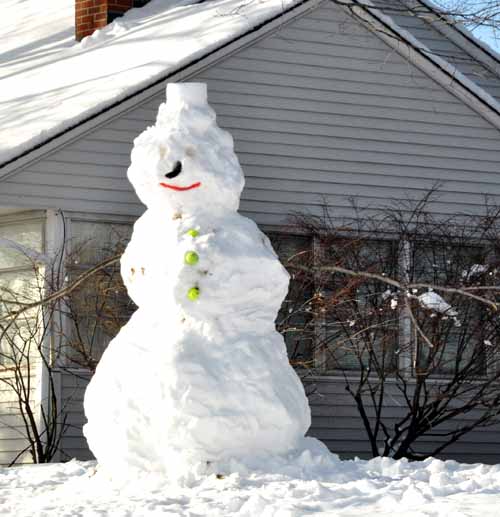 This year’s crop of snowmen have been unusually large. They dot our streets like familiar faces, and like pets, have taken on the character traits of the inhabitants of the houses where they sit. Their scarves and hats peek out at odd angles, as the sun has melted and re-frozen their bodies, while Mother Nature rained down a few more inches on top, after snowman-birth. 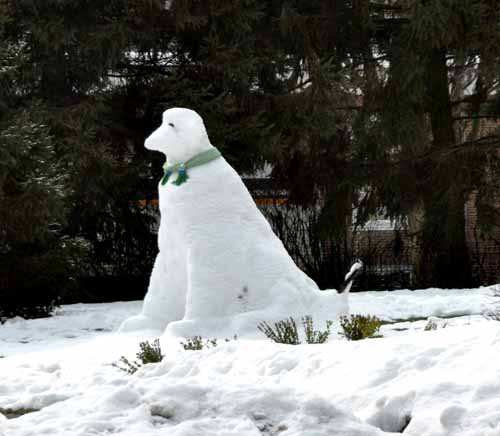 The arrival of spring is a tricky thing. The sun warms up the earth, and in a matter of 24 hours, reveals the wet grass beneath the snow. We are lulled into believing this is it — we pull out our spring lightweight jackets, and then bam– an ice storm shows up wrecking havoc on our schedules once again, and we can’t see our grass.

The snowmen are too smart to fall for that spring trick. They stick around long after the snow has melted on the grass. But when they do melt, that’s a sure sign that spring has arrived. 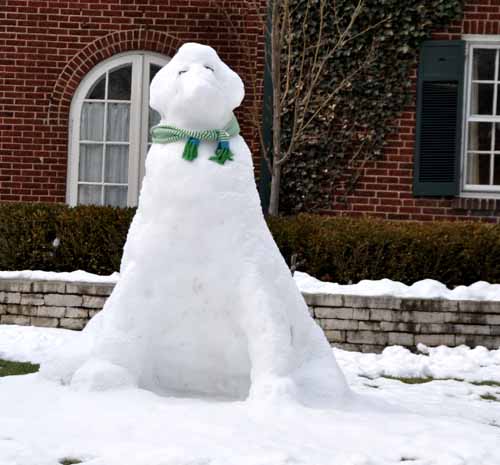 Ghost Writing Projects You'll Never Know About
T...
Kitchen Peg Board At The Lake
O...
Making Paper Toys
...
Santa's Workshop at Skittles
I...
It's Finals Week At College
S...
Conquering Clutter's Demons
...
Share on FacebookShare on Twitter
Laugh, Life
One comment to “When the Snowmen Melt”