I spent the morning relishing in my new-found freedom. My little guy and I walked his brothers to school, and like two cats that got out of the bag, wandered around wondering what we’d do next. For so long, we’ve lived in 3-hour time blocks; scheduling our day by the morning a.m. bell at the school, and the half-day mark when we’d take his brother to kindergarten, and then the end of day bell that told us it was time to pick him up.

After a quick trip to the post office, we watered our dried-out dying plants, ate peanut butter and jelly sandwiches and drank tea. He built a dinosaur cage under my feet that I tripped over while I tried to clean the kitchen.

I finally decided to spend my long stretch of time finishing, rather than just doing, the laundry. My laundry pile has, for the last two days, stretched from the laundry room steps to the floor in front of the machines, and then like a river, backed up on the counter, where the baskets sit empty; waiting to hold the neatly folded clothes, except that the dirty clothes were merging into the freshly washed ones.

I can’t tell you what a joy it was to work continuously on just one task. The little guy played at my feet, changing costumes as quickly as I folded them, as we both got used to having one less heartbeat around the house. Soon, the laundry done; the laundry counter finally cleared, the wrinkles gone, and we lost track of time.

All was going well until the “noon on Wednesday” public service alarm went off. Like a ton of bricks, I realized he was gone, and today we weren’t late for kindergarten, for once. The empty hollow feeling came out of now where, and I quickly started wiping the counter, trying to push the feeling away. Soon, the feeling, not the sticky counter, became too heavy to ignore. I called my husband, and said, “The noon whistle just blew, and he’s not here.” He laughed. I hung up the phone, because by then, the tears were flowing in exactly the same way as the laundry.

I sat down on the sofa, and my little guy laughed and said, “Oh brother.” The hardest part was hanging on to my sadness, while answering his perfectly logical questions about why I was sad when after all, he was still here.

This hollow empty feeling was mysteriously absent when the other boys left for school. Yes, I was sad, but not like this. That sadness was easy to push aside with the babies I had to nurse, the cereal that needed to be poured, and trains that were constantly being built underfoot.

I reached for the phone, and couldn’t think of a soul on the planet that would care to listen to me blubbering on the other end about how empty the house is; how empty my heart feels. Will somebody please explain to me why my arms feel as if I just swam across the English Channel?

Of course, no one, except my Mom. My Mom, who stood in the kitchen with me when the other two boys went off to school for the first time, and stayed with me as we looked after the babies. She who remembered what a feisty little baby he was; what a feisty toddler he was. Someone to help me sort out, like the laundry, why it is that I feel so lost today without him, when I have three others that fill my heart just as much. Now, even she is gone too.

Or maybe she’s not… maybe she’s hovering around me today, and that’s why I miss her more than ever today.

So I called no one; I was afraid someone would offer to cheer me up, and take me out of the hollow river I was spiraling down into. I wanted to follow it to its end; to see where it would lead me; because I knew this is more about me, and less about him — my first grader who is doing just grand.

I gave in and plugged my little guy into Noggin so that I could sob into my pillow in peace.

So my Mom, or some muse, tapped someone on the shoulder. The phone rang, and it was one of my dear friends at the lake. She knew what today meant; and she called just to see how I was doing. My feelings were familiar to the ones she once carried. Relieved, I was, to hear from her; she understood the need to just feel what I feel — a feeling she remembers.

We hung up, and I continued my little sob scene.

What is so nice about times like these is when you know that someone above really is looking out for you. This became apparent when the muse must have tapped someone again, as the phone rang. It was my husband, asking “How was the first day!?”

“Why are you calling so soon… he’s still at school?”

“You mean you haven’t picked him up yet?”

I looked at my phone to check the time. It was exactly 2:47. School gets out at 2:50. And I was two and half blocks, and lots of parked cars away, from the boy I missed so much.

I thank God that my little guy is so resilient; the caped crusader jumped off the sofa, and ran with me. We found his brother, walking around the playground, the teacher holding his hand. His day was stellar. My eyes were puffy, hidden behind my sunglasses. 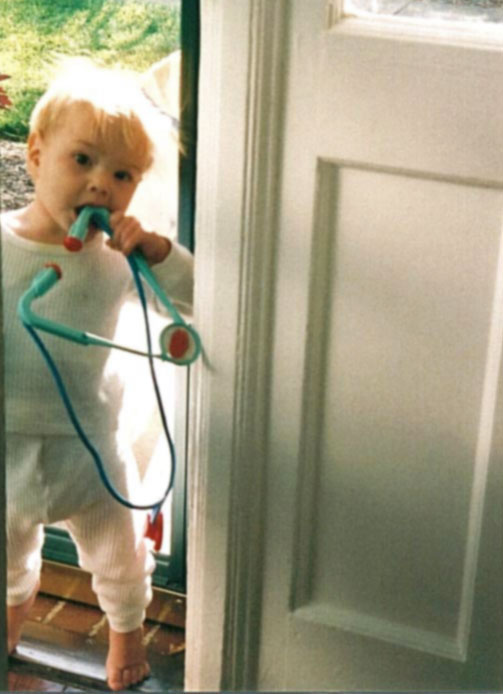 Speed up... No, Slow Dowwwwwn
T...
Spy Club
M...
They Were Drooling Over Ox Tail Soup
E...
Deadliest Catch Makes Me Sleep Like a Baby
T...
Win 25 Cards from Shutterfly: Photoshop/Shutterfly Tutorial
E...
Where do you hide presents: Survey results
O...
Share on FacebookShare on Twitter
clean, Laugh, Tears
8 comments to “When the laundry runs like a river”