When the fourth child told the class and the teacher, (who knows all the brothers) that his whole entire family, especially his older brothers, tried to talk him out of making such a big animal, the Emperor Penguin, the teacher “laughed and nodded her head.”Â 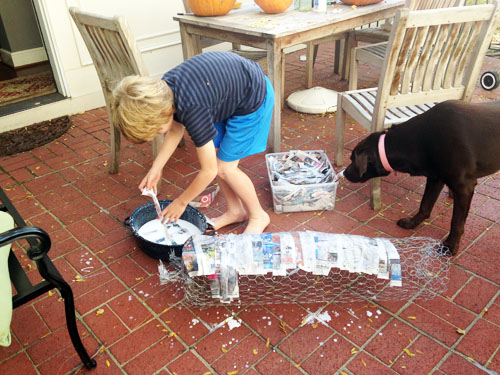 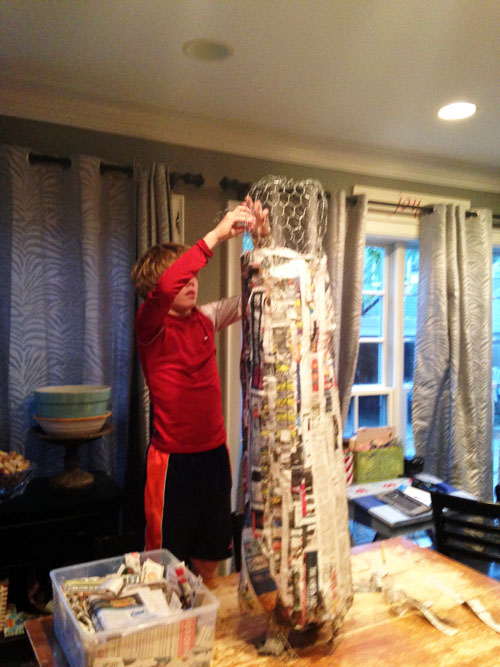 Yet, despite all of our warnings, and I-told-you-sos, he was focused and worked through every obstacle that Penguin brought.

So, when the big brother came home from college that weekend, and he was in charge, I gave him the odd job of wrapping that penguin in fur. That turned out to be the best use of my mothering skills yet. Â Still fresh in his own mind, only about 7 years earlier, he already had the gift of hindsight, of his own Grizzly Bear. 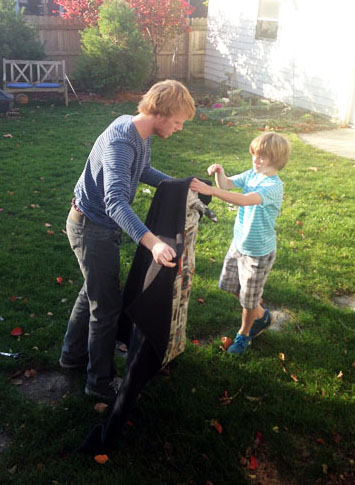 Flashback — three of the four boys from back then: 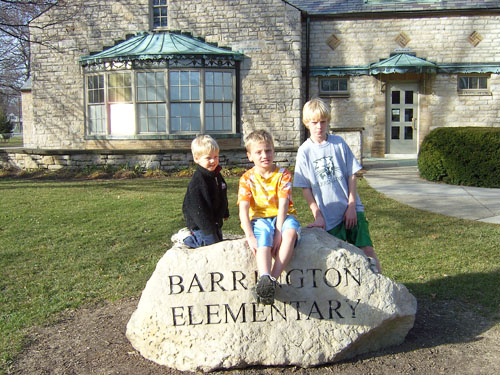 So, when the day came to see the animals, there was nothing but pride for a job well done. 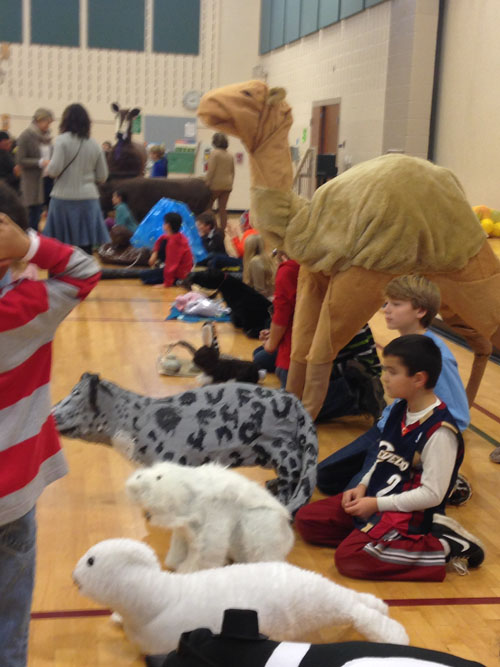 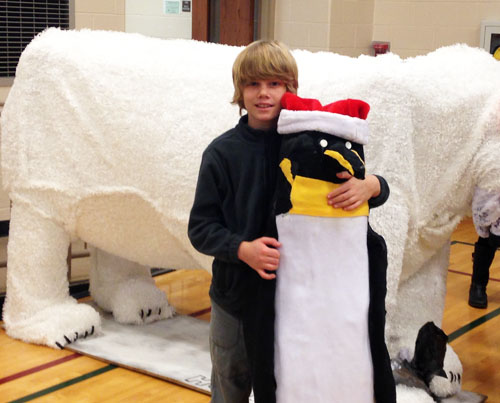 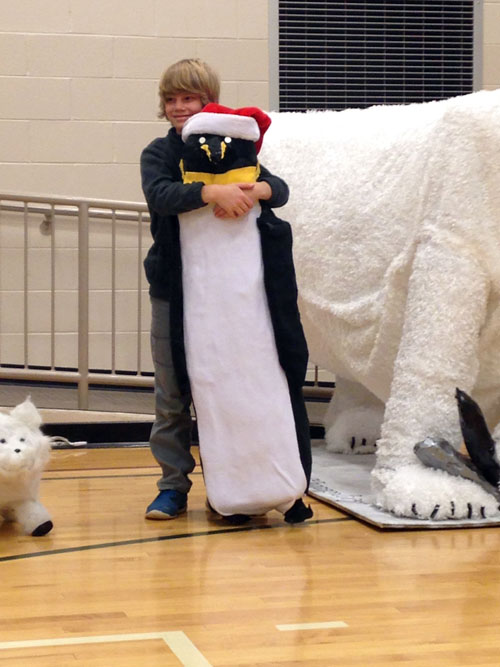 The Batmobile Valentine Box: The COMPLETED Creative Masterpiece
W...
Nice shot
...
Awesome, Summer Pizza
C...
Here Comes The Sun
R...
Waking Up The Beast
...
I am from
I...
Share on FacebookShare on Twitter
clean, Laugh, Life
One comment to “When The Kids Come Home From College and Help”