So, on the third day, our oldest, GinGin, arrived home from college to relieve the babysitter, and take over holding down the fort.

First, he announced, via text, that the babysitter didn’t clean up, and none of the laundry was done, (do they ever?!). Â The texts were flying in from his phone to mine, while I say idly at the pool, laughing. His question were the typical laundry questions – the same ones I’ve answered before, “Do I use liquid soap with whites,” “Is it OK to wash cords with jeans?” and “Do I use the sticky cup to measure the detergent?” 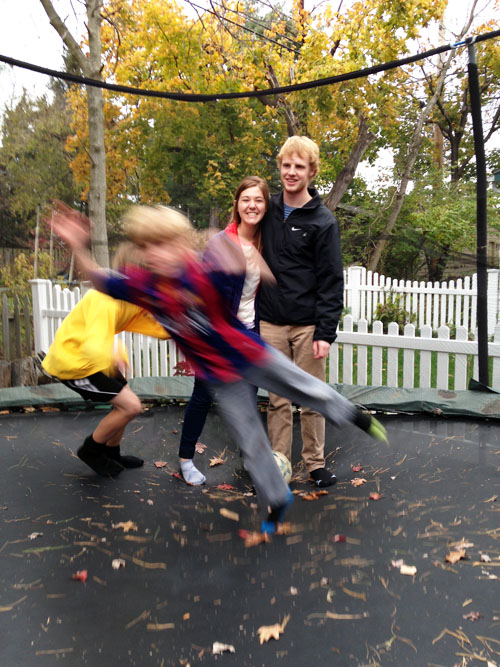 Then, I remembered the pork chops and texted him to be sure to cook them for his brothers.

“You want me to cook pork chops!?”

Then, came that one text I dreaded. The washer won’tÂ start — and itÂ is beeping frantically.

“Just unplug it for about 15 minutes. And then, hopefully, the computer will re-set itself.”

Then, “But I lost the cord. It fell behind the washer.”

After he fished out the cord, and the 15 minutes had passed, he said, “It’s still beeping and it won’t start.”

“OK… then, maybe you have to try switching the settings, and move it to whites, or quick wash.”

Meanwhile, my phone rings, and I see that it is my neighbor at home, from across the street. I click over to take the call, and she says, “Rosie is standing in the middle of the road.” 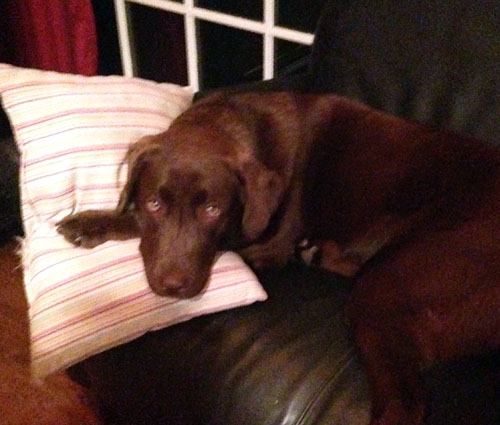 By the time GinGin gets the dog back into the house, and the washer started, I ask him if he needs some Calgon to take him away.

He didn’t get it.

Rosie, is still throwing up, and apparently, I learn, that my son “can’t take the smell…” Meanwhile, the little boy is staying off the floor, because puke is the same as lava. 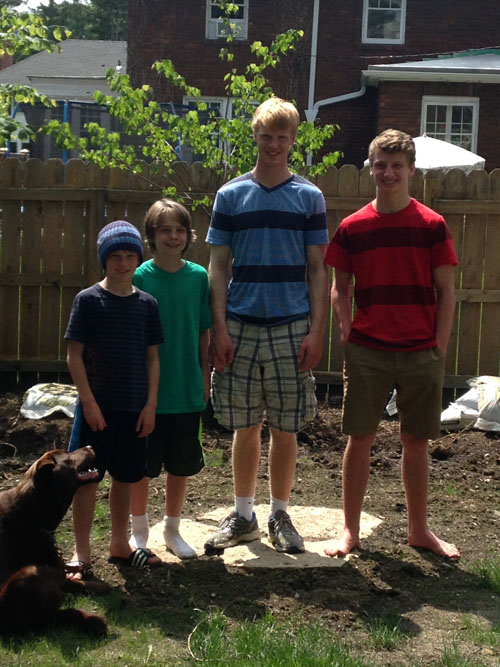 Later, after the stores are closed, he texts me that in the rush to get Fun SizeÂ to his soccer game, yes, he did forget that very important errand — to buy 35 mm film for his brother’s high school photography assignment.

Today is Such a Day
T...
Squeezed, Pressed and Susatained
I...
I'm thinking of adding a trailer out back...
W...
1-5:50
I...
Even the Air Tastes Better Here
T...
This Quick Bread/ToastActually Helps You Loose Weight - and It's Delicious
T...
Share on FacebookShare on Twitter
clean, Laugh, Life, travel
One comment to “When the House Falls Apart and There is Nothing I Can Do About It”