Each morning, when the sun burns the fog off the lake, around 8, our graduated senior calls Tim, to find out his mission for the day. What time, what place, and who to bring. Sometimes his younger brother goes along with him to the job that has so far included power washing, moving furniture, and cleaning out the grass from a sandy beach.

Sometimes, he brings his friends along. Â You know, the high school friends that come up to visit and check out the lake. It turns out Tim can use them too.

So from a young man’s perspective, it’s the idyllic life.

Living at the lake

I saw food fly off the table at rates I had not yet seen until now Â At one meal, a 3 pound pork roast, 20 chicken wings, and 5 pounds of potatoes were wiped out after only 6 people started eating. Â Two people, namely the chief cooks, mom and dad missed out. Â We were the two out of the total of 8 diners who got nothing but scraps. 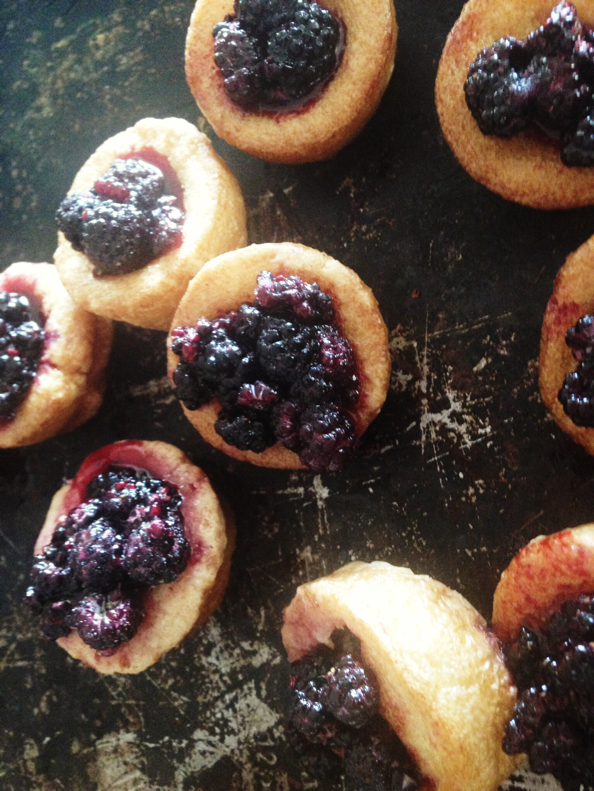 I’ve had to re-think the way I cook. Â And shop. Â Instead of one bag of egg noodles, three will do nicely. Potatoes will not “fill them up” as much as you think. Â The food passes the palate so quickly that it is not savorored nor appreciated, so buy the cheap jars of sauces, and watch them quickly fill the recycling bin, rather than your fridge. Â There are no rules. Â For example: last night’s casserole, even though it has macaroni noodles in it, can be wrapped up in a tortilla shell with some cheese and fried. Â It will be one of their favorite meals. 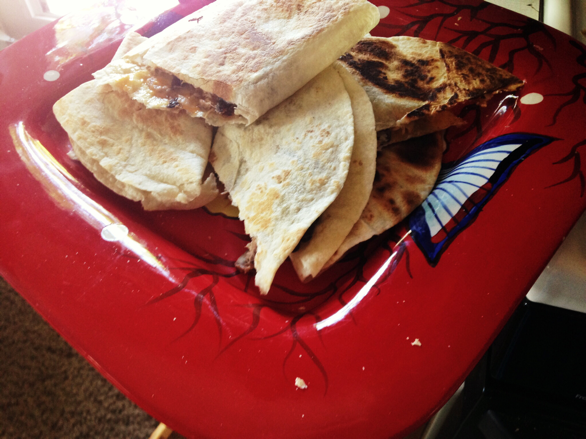 Most importantly, hide all food that you plan to save for tomorrow. Â Anything out in the open is fair game.

I haven’t quite got it mastered yet, but I think that serving plates of pasta with cheap jars of spaghetti sauce might be the best appetizer for a group like this.

The best part is at night, whe the mosquitoes are biting, so the come inside and huddle around the table. 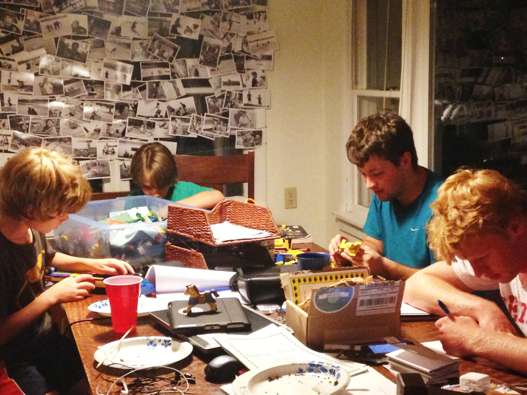 The ages of all the boys become nonexistent, as they build with Lydia’s Legos.

Instant Patina
W...
That bag ain't heavy; it's my brother's
T...
Win 25 Cards from Shutterfly: Photoshop/Shutterfly Tutorial
E...
When He Was Master of His Universe
O...
What Makes Them Fight?
I...
When One Picture Just Won't Do
O...
Share on FacebookShare on Twitter
clean, Eat, Life, the lake house