I left for no more than 90 minutes, and came home to find one of the three Mr. Wisemen, lying on the table with his head lobbed off, sitting beside the two tubes that come with JBWeld, and a vice. It was a clean break, but it still looked pretty hopeless. He was already missing a couple of fingers, fragile little hair-like delicacies. The nativity set was the one I found at an after-Christmas sale, the first year of our marriage— before I had kids, and knew what the women in the Williams Sonoma store was talking about when I was considering the copper pots and pans: “There will be days when you won’t have time to comb your hair.” 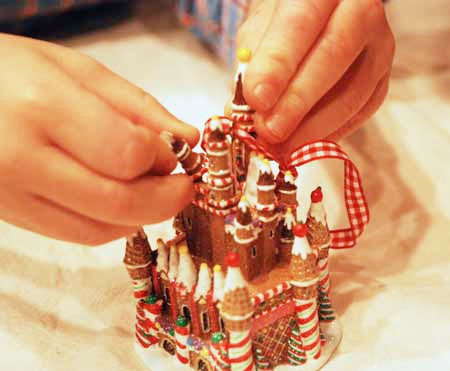 The nativity set is Italian, and hand-signed by an Italian artist… and it pains me to look at the name, because it is so valuable, but it is in fact, shattered.. the artist’s name starts with a “T.”

More sad, or is it the opposite, is that I just don’t care. That nativity set, despite its value (in unbroken form), has no real value to me, other than its ability to showcase the scene of Christmas on my mantle. But could a dime-store, unbreakable, wooden model do the same thing? Yes, I think so. As long as it was the right color…

So, the question is, should I throw out this “valuable” nativity set that no longer has value to me, because it actually pains me to see it all shattered? Reminding myself of the high hopes I had of its lifespan, that never included a vision of boys, being rough and tumble?

Because, the truth of the matter is, the rough and tumble boys that break nativity sets are more valuable to me than a priceless piece of art. I bought the art before I knew the boys… and had I known then…

The nativity set is meaningless in light of the joy the boys give… despite their destructive behavior. What does that say about me and my parenting?

And what about the rest of the broken ornaments? They are pathetic.. Batman has no arms, and Robin has no legs. The top of Disney’s castle is broken, and Woody no longer springs. But, should I save them for the boys…? This is their heritage. But is it more of a burden to see how we have failed our ornaments?

No matter how tattered, broken and unrecognizable it is, it seems like a sacrilege to throw out what has been a treasured purchase.Â In the end, I packed the broken pieces, along with the unbroken pieces of the nativity set away.. believing that some of the unbroken pieces still have value… but for whom, I’m not sure.

And keeping it, even in it’s half-perfect state, is wrong.