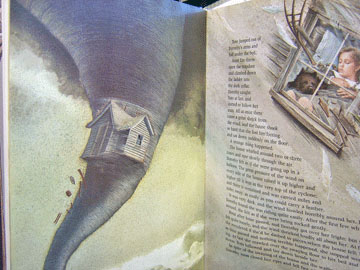 All four of them, even the little ones, sit through the long text that appears on each page of this version of The Wizard of Oz, wonderfully illustrated by Charles Santore. What’s different here from the movie? Aunt Em is described as a young, pretty wife, soon changed by the sun and wind: “they had taken the sparkle from her cheeks and eyes and left them gray. She never smiled.” 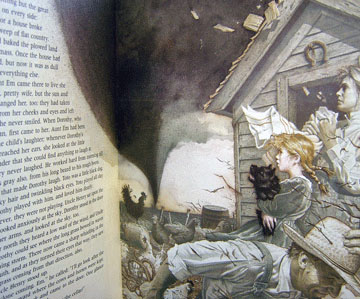 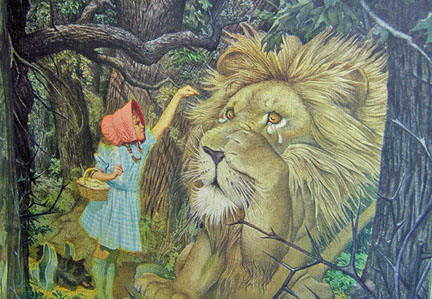 At this following passage, when the Wicked Witch of the West has been melted, and Dorothy and her pals are reunited, I found myself a bit choked up.

When at last the Tin Woodman walked into Dorothy’s room and thanked her for rescuing him, he was so pleased that he wept tears of joy. Her own tears fell thick and fast at the joy of meeting her friend again. As for the Lion, he wiped his eyes so often with the tip of his tail that it became quite wet, and he was obliged to go out into the sun till it dried.

Here, my five-year-old said, “Why are my eyes so wet?” 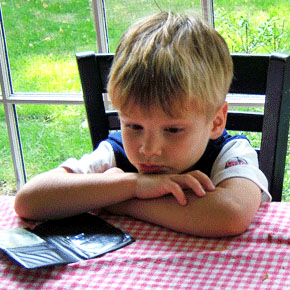