With our eyes glistening with the ideas what we could accomplish in the lake house if we just moved a few pieces of furniture – OK, actually, EVERY piece of furniture, I walked
across the mushy grass on this rainy Saturday morning and asked cousin Ed and his son Matt if they would come over and help us move some furniture. They didn’t jump up out of their seats right away, so I added, the words, “After you’re done watching your fishing show.” And then I added, “There’s a stack of pancakes with raspberry syrup in it for you.” 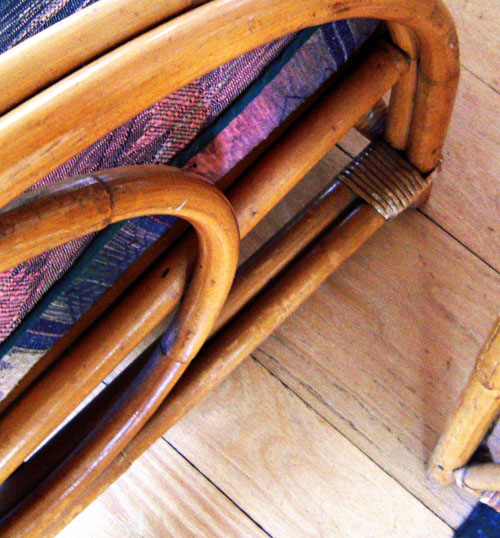 I went back to our place and waited. My Diva friend and I began to move the furniture around that we could lift, but still, there was this one particularly massive piece of furniture that we had to get rid of. “We can just have them move this into the guest house,” I said.

“No. This must go. It won’t even work in the guest house.” I knew she was right – we had discussed this very thing the last time my husband was up here. But how? How do you get rid of stuff like this, out in the middle of nowhere?

First let me say, that this massive piece of furniture is a good piece; and in the right room it will sparkle and glow. It wasn’t the piece that was bad – it was the combination of this piece in our lake house that was bad.

I was tempted to just have Ed and Matt carry it up by the road, with the word “Free” on a cardboard sign, hoping someone might just pick it up – like someone did when we got rid of our old grill. But it was raining.

Soon, Ed and Matt were on their way over. We could see them walking up the deck from the window. I showed them the massive piece of furniture, and Ed’s first response was, “Where are we taking it?”

“You have to move it to the…” and then I stopped, because an equally massive brilliant idea hit me. Maybe Ed would want the piece to take back home. I looked up behind the hill – and sure enough Ed had his truck. Matt did too. Hot dog! Not only were we going to get it moved – but
also it would soon be gone!

He didn’t jump for joy or anything. He simply said, “I’ll just have to talk to the wife about it.”

A tad desperate and worried that his wife would say No, I added, “Maybe your cousin Mike would want it… you know, he just bought that new house.”

He left, and we waited. Soon, he was back with Matt, and they were ready to move. They got the big piece out the door, and I started moving ahead of them to push stuff out of their way. Except, they didn’t carry it up the hill to his truck… they carried it down the steps of the deck, and right into Uncle Bud’s cottage.

At that moment, I looked up at my Diva friend – we were both struggling at the guest house door, carrying a big chair, and we watched that big piece of furniture move off the deck and straight into Uncle Bud’s front door. Our eyes met and locked, and we busted out laughing, dropped the chair, and gave each other a high five. Our problem was gone.

I not only got it moved, but I got rid of it forever, while Ed, Matt, and Uncle Bud couldn’t be happier.

This put a smile on my face all week. My 10-year-old said it best. “It looks great at Uncle Bud’s, because he already has ‘every color.’”

And all it cost me was a stack of pancakes with raspberry syrup. 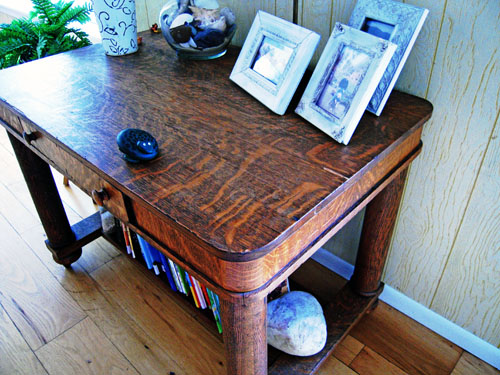 Now all we need are a few more BOARD GAmes. Check out the Hasbro Toy Event here. Hasbro — the toy company that escaped the lead pain fiasco!

The Shinny Rocket Valentine Box
"...
Will There Be Enough Wooden Clothespins?
W...
Delicious Fluffy Protein Clouds, For Crazy Busy Days
I...
Taxis are as hard to find here as in NYC
I...
Turkey Leftovers With a French Twist
...
Two Hours Into Wine Country
N...
Share on FacebookShare on Twitter
Laugh, Life, the lake house
6 comments to “We Made Out Like Bandits”