I think my eyes registered the memory the words before my mind did — because as my eyes widened with excitement, my body soon followed, as my mind played catch-up trying to string the words together with memories… “We’re killing your story…” The first thing, I think I thought was Nancy Drew… no, that’s not it… ahhh, yes, Journalism 400, in college, when you wrote for the Lantern… when you thought you’d be a newspaper reporter covering the Gulf War.

OK — wait, you’re doing what? You’re killing a story — and all I have to do is submit it and I still get paid?Â Because you want me to jump on this one right away?Â OK, yeah, sure.

(I must add, for a mystery lover, there’s nothing quite like the rush of seeing the word KILLED show up in your email on a basic, non-eventful day. )

The story was about scouring the internet for interesting Podcasts, which I admit, an area I had never really explored until yesterday. But, wow, what an underground world there is out there! With YouTube making it harder to watch add-free programming, and Netflix being so slow to release new programming — Podcasts could be the next big thing for those of us who crave stories, news,Â and information. 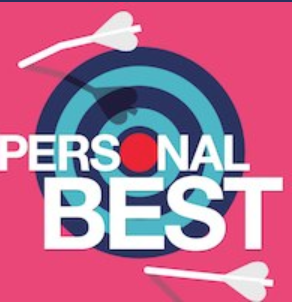 So, I decided I would share parts of my unfinished story here since it’s no longer going to be published there. In the process of researching this post, I began to ask everybody I saw, what are you listening to? Most of you grabbed your phones, and said, “OH… I have some good ones! Let me get a list for you.” Hmmm. Who knew? I am intrigued by all of your secret worlds…

So, this post will include some links to some interesting podcasts, a cliffhanger — and a list of podcasts I didn’t have time to look into yet.

So, here are just a few of what I uncovered so far — and please email me your favorites, if you have them — it’s a whole world I never knew existed. Here’s what I’ve uncoveredÂ so far:

Personal BestÂ is a humorous podcast with an altruistic mission: self-improvement. Created by the Canadian Broadcasting Corporation, each show delves personally into the life of someone new, describing their angst and struggle in trying to overcome a quirky habit, problem or their quest achieve an eccentric dream. One episode,Â How to High Five Yourself, opens with the words, “We try and find a normal person with an eccentric hangup and help them get over it — at least we try…”

While the show features comedians Rob Norman and Andrew Norton as host and producer respectively, their collective genius hatches some ridiculous schemes to help the guest. Surprisingly, these crazy ideas often lead to cathartic moments of self-awareness and compassion.

If you’re looking for a true-self help podcast, this is not the podcast for you. You will not walk away with a list of ten ways to make yourself more productive, or the healthiest foods to order when dining out. However, this show will reveal the best parts of what binds us together in search of a better way.

The scene is Piffing, a tiny island in the English Channel, where rival funeral directors compete for business. Complete with the drama of romance, gossip and cliff-hangers to keep you anxious for the next episode,Â Wooden OvercoatsÂ combines dark humor,Â memorable characters with British dry wit to keep listeners entertained and curious about what will happen next in this idyllic small town.

Mimicking the quality of a BBC radio production, the actors’ voices, superb directing and clever writing pull you in with the compelling, funny and sometimes macabre plot.

Pure entertainment, with no takeaways to learn or enlighten your life. Wooden Overcoats is truly a sitcom, that will keep you hooked and waiting for the next episode.

Sports Fanatics (suggested by my sons)

Pure, unfiltered and opinionated views on the top sports stories,Â Â The Herd With Colin Cowherd, delves deeply into the issues dear to the hearts of sports fans. Never shy about sharing his own “hot takes” Cowherd has a way of informing,Â polarizing and opening new insights into the plays, the players,Â management and calls behind the games.

With a deep-dive into sports, Cowherd has harnessed millions of passionateÂ followers and is not afraid to discuss the most controversialÂ topics in sports.

With his strongly-held opinions, Cowherd can often incite controversy with listeners who don’t always share his point of view.

With its satirical commentary on the sports world,Â Pardon My TakeÂ by Barstool Sports, is a comedy show that aims to poke fun at the serious sports talk shows. Sometimes theÂ show takes on pop culture, with a synopsisÂ of shows the hosts never watch, such as their “Game of Thrones Recap.”

Never short on laughs, the show consistently delivers comic relief to the most controversial topics in sports.

Barstool employeesÂ were arrested for protestingÂ the NFL’s (National Football League) suspension of Tom Brady, and theÂ  NFL has excluded it from media day. For some listeners, although they are rare, the show is too ridiculous to be taken seriously.

WhileÂ InvisibiliaÂ focuses on the unseen, this is not a mystery show. Instead, this NPR (National Public Radio) podcast attempts to show how our behavior and beliefs are influenced by unseen forces.Â  Each episode tries to solve a seemingly crazy question, that eventually leads to a logical, scientific conclusion. In an episode entitled, What Was Not Said, the hosts explore if it’sÂ better…

see — I even built a cliffhanger into this post…

What was on my list… and have not yet explored:

The Walk — and immersion mystery… I started this one — but wasn’t that drawn into it. I’m looking for a real mystery, not an apocalyptic one… Everything I found under mystery seemed to be someone disappearing, or the end of the world… How about something as simple as, um, let me think, A Hidden Staircase?

The Art of Manliness… which I am intrigued with because I have used the website for research.

I will reserve the rest of my list after I’ve had a chance to listen to them… I will admit, I’m picky. I think I can tell within the first 3 minutes whether this will be a good one or not… so, as I listen and discover, I will continue to update.

They work like magic, but vision boards are anything but
I...
Today's First Grade Classroom
T...
His guess won the jar
&...
I think we have a toy, besides soap, he loves
Y...
27 Shabby Pillows
T...
I Can't Do This To All My Soap...
N...
Share on FacebookShare on Twitter
blog, clean, Try This, writing