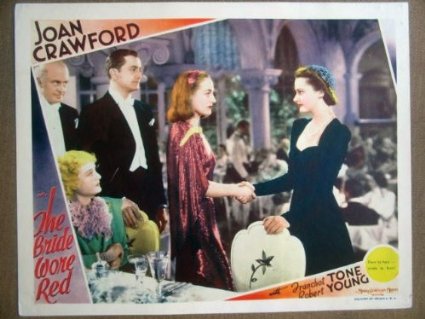 If you are not a vintage movie fan, you won’t get this post. But, if you are one, (and you know who you are), you know how there’s nothing like a crisp black and white movie to take the edge of a dreary, gray cold day. Sometimes, that vintage movie comes in the form of Technicolor, where the sun shines everyday, and a drive in the country was the answer, as it solved every dilemma.

So, I’ve been escaping, in front of the TV, with a set of weights in my hand, to do a Spartacus Workout. (It’s actually an app on my phone that tells me what exercise to do, and for how long.) Each session is rewarded with a viewing of any vintage movie of my choice. When my 45 minute workout is over — I hit stop on the remote, and come back later to watch the next installment during my workout. (How’s that for motivation?)

So, here’s where I have been keeping myself — buried in these vintage movie classics — with my favorite line for each movie — the charmers:

This was a detour for me — I usually don’t watch movies quite this old, but Joan Crawford was mesmerizing. It’s hard to resist not listing the line, “I remember when happiness for you meant finding a piece of meat in your soup,” but that’s not the best. However, I was more drawn to the love the people in this quaint village have with their Pine Trees. They were entranced by nature… and I wonder what this place looks like today? I will watch it again, just to hear the whisper of those trees again.

How to choose the right fork? “Work it from the outside in, Signorina.”

You don’t dance like a debutante. How do debutantes dance? With stiff knees.

The Bachelor in Paradise

. Bob Hope, sunny skies, when suburban neighborhoods were first invented. Enter an American, who has spent decades in France studying the mating habits of French women, and comes to America to study the life of the suburban housewife. Bob Hope is startlingly funny.  Lana Turner, is oh so pretty!

Bob Hope: “What about tomorrow night? Lonely bachelors should stick together, don’t you think?

Rosemary Williams: “Oh, definitely! And if I find one that I think you’d like, I’ll let you know, Mr. Adams. Good bye!”

Boy’s Night Out
Fun. Fun. Fun. Check out the mirrored tiled wall behind the bar — I had one of those when I was growing up. Kim Novak is out to prove that men really don’t want what they say they want. And James Garner knows it too — and that’s why he sets out to find an impossible apartment (the bachelor pad) — too good to be true, except that he does find it — so the boys have been called in on their own bluff, and they literally fake it to make themselves look so god.

“I think your husband has all the signs of a guilty conscience.” And, when the private detective hands the bill over, it’s for a new hat.

I did see this one in black and white… very intriguing, and creative. There’s the little boy next door, who thinks he’s the cowboy, who shows up for cookies in the afternoon. And, thank goodness for those sticky rules of the post office.  So This is screaming for a remake — would love to see this with today’s technology…

“Have some of that cherry compote, it’s full of vitamins.”

“I’m sorry, but rules are rules. But if you’d like, I’ll be happy to take the letter back home for you, and as soon as I see your husband and verify that I have placed it in your hands, I’ll give the letter back.”

Wow. And they leave the courtroom, without ever seeing each other again. After, they changed a man’s life.

“She had those marks on your nose — you know the kind that eyeglasses leave… and I’ll be she didn’t take the time to put on those glasses when she looked out the window to see the killer run away.”
” I don’t care whether I’m alone or not! It’s my right.”

“Some words take on a different meaning in the dark.”

Making a Fossil Treasure Hunt
T...
A Note To Those Losing Their Minds, Hearts and Homes to Pantry Moths
T...
When We All Breathe Under the Same Roof
N...
Snacks, 100 calories or less
A...
Tonight, I Get To Turn Off My Phone
W...
Winter Solstice How it All Began
T...
Share on FacebookShare on Twitter
Life