After dragging the boys along to their big brother’s Regatta — against their will — would you believe Fun Size picked up Poison Ivy?

Saturday night, it was under his chin. Sunday, it was around his eye.

On Monday, he called me from school and said, “Mom, I’m buying my lunch, but I was wondering if I could come home for lunch.”

No, sweetie, I have work to do today, you don’t need to come home for lunch just to play with your Dominoes.

Something made me stop him — “Why do you want to come home for lunch?”

“I was hoping I could treat myself.”

“You mean with Poison Ivy Soap?”

“I’ll be right there to pick you up.”

Jewelweed Burns… and it doesn’t seem to be working anymore.

I did a quick google search and found this: 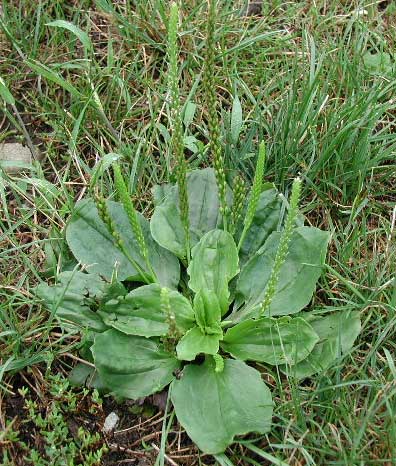 Plantain (Plantago spp.). “I don’t know of any itch that can stand up to plantain,” Weed says. Plantain is a favorite bite and sting remedy of many herbalists, and for good reason. It stops the itch and pulls the bug’s toxins out of your skin. (It also works amazingly well for bee stings, Flint says.) “If it’s growing where you live, bend down, pick up a leaf, chew it (or crush it with a rock) and put it on the itch,” Weed says. “You should experience virtually instant relief.”

Except, Plantain is not the yellow Plantain found in the grocery store. It’s some weed. I did a quick internet image search and found out what it looks like — it’s one of those weeds that you see all the time everywhere… except now it’s fall, and even the weeds are few and far between. But I took a walk down the driveway, — and I found some! 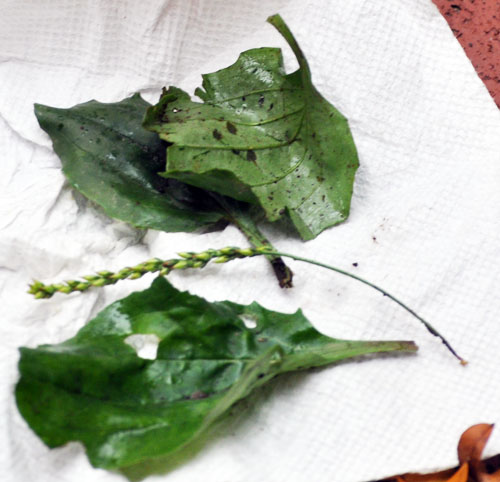 So, I dumped some into my magic bullet cup, 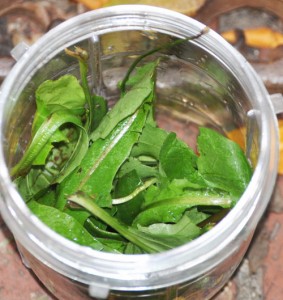 whizzed some up, (Can I tell you how happy he was that he doesn’t have to EAT THIS!) 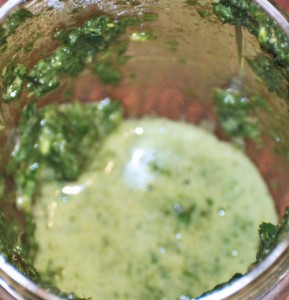 and we’ll see if it works.