So many, many times, over the years, I have had the sweetest moments laid out in front of me, like a red carpet, and I have failed to capture them. The most ironic thing is, that I usually am holding a camera in my hand at the time, clicking away at everything, but I just end up standing there, like a deer in headlights, just watching, mentally trying to etch every detail in my brain. 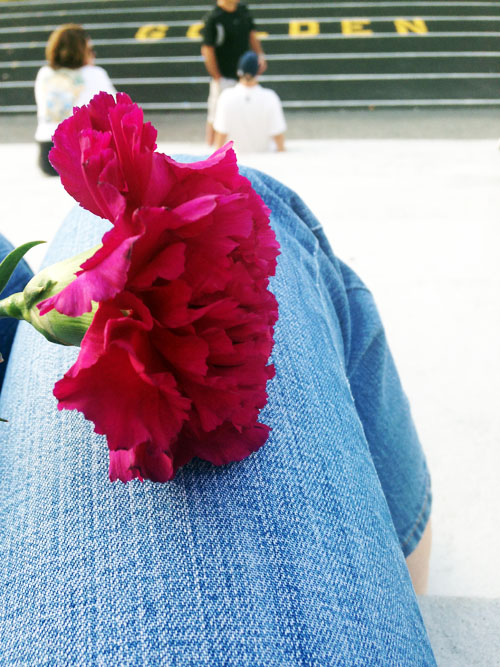 So, this last time, I was busy snapping photos of his soccer game, the one who was once “show-and-tell.“Â The action seemed to stop, and as I dropped my camera to my lap, I saw that the coach was handing out flowers to each of the players, as they moved off the field to hand-deliver flowers to the moms in the crowd. 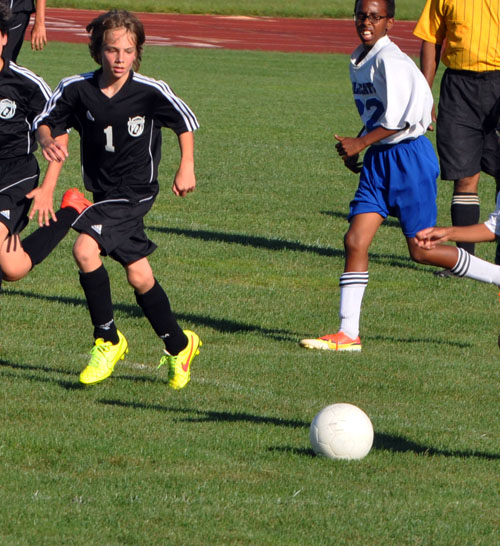 My son, didn’t know where to find me. I had spent more than half of the game down on the sidelines of the field, on both ends, and he had seen me there. He was frantically searching for me, before the whistle was blown to start the game. By then, I was already seated in the bleachers. But he had no idea. The game was just about to start, and somehow he finally saw me up there. 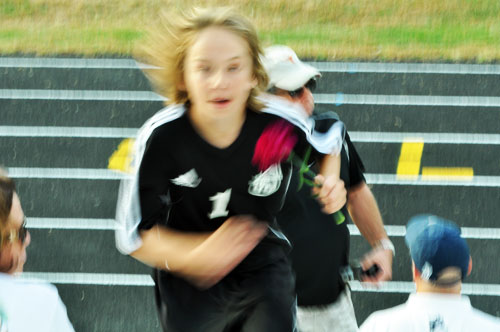 He took off running with that flower in his hand, straight at me. Can I just tell you how sweet that image was? That sweet determined face, that had spent so much time chasing soccer balls, was suddenly zeroed in on me. By the time he made it to the bleachers, I had become aware of the idle camera, and picked it up just in time to catch one blurry shot of that sweet, eager face. 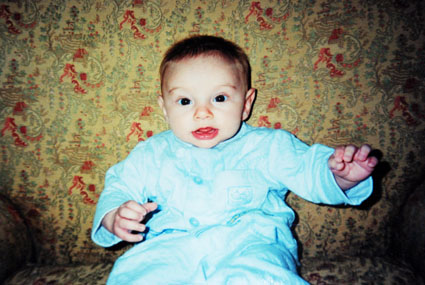 The treasures a mom remembers on her son’s birthday.

When The Crows Come To Roost by The 10,000 -- the Town Dances
H...
That Crazy Rosie in The Snow
...
Definitely something foul going on over there...
...
It was nothing like the first time
I...
A Well-Appointed Christmas List
...
He can't help himself
I...
Share on FacebookShare on Twitter
birthday, clean, Laugh, Life, memories
One comment to “Treasures Off-Camera”