My first clue came when I noticed the boys were spending extended amounts of time outside; with their shoes off. Then, I realized what was happening when I saw a fly perched on the windowsill, and it was not dead. Spring arrived at the lake. 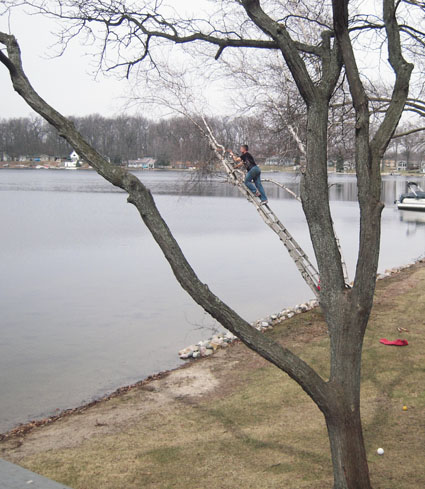 Remember that one tree branch that always bugs Dave when he’s sitting on the deck looking out at the lake? He took care of it. No EMS visit was needed. 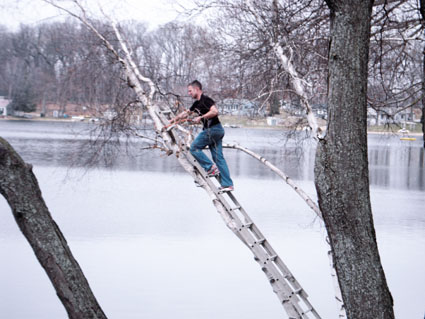 Our “friendly” neighbor (you know who I’m talking about) sauntered on over carrying a single stray sandal; about a man’s size 15 and wanted to know if it was ours. Angel, apparently had carried it off from somewhere. The sandal was not ours, but Angel did confiscate one of the boots the boys threw off in the yard. Angel also took a Lacrosse ball and we had to chase it down.

Speaking of our friendly neighbor, his best friend (the other neighbor I’m sure you know who I’m talking about) bought a brand new pontoon boat, and brand new aluminum dock. He strategically moved his dock down several feet, so that it almost sits squarely where you-know-who’s dock once sat. (Except that you-know-who did not get his dock out of the water in time and the lake froze, and his dock sunk.) 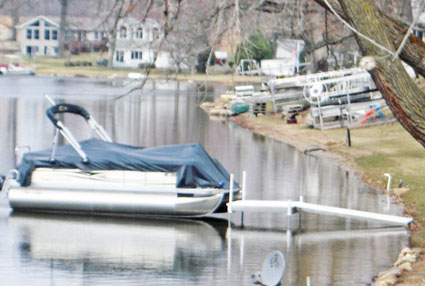 Our Neighbor took his first maiden voyage in his new boat, with his family, on Friday. The other neighbor grumbled that he’d do that too, “if he didn’t have so much darned work to do.” He failed to mention a word about his sunken dock; and I thought it best not to bring it up.

The fish were not biting. 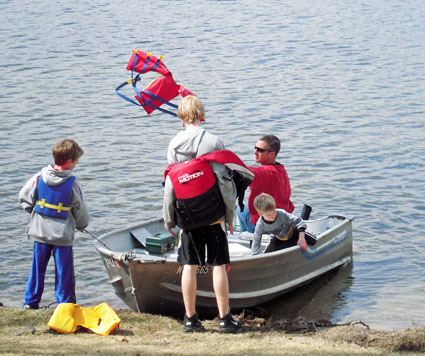 But certainly, they tried. 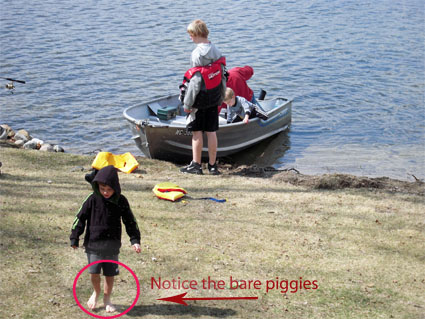 On a particularly sad and sobering note, you-know-who-with-the-horses purchased 25 acres for his horses. Not only will we be losing the neighing sound echoing across the lake, but our lake is losing its guardian angel.

Two loons decided to spend the week at our lake. They dodged like submarines whenever we tried to catch them on film. We were lucky enough to hear their trills two times. Our guardian angel explained that two loons usually stop by every spring a spend about a week here. He will miss this lake. 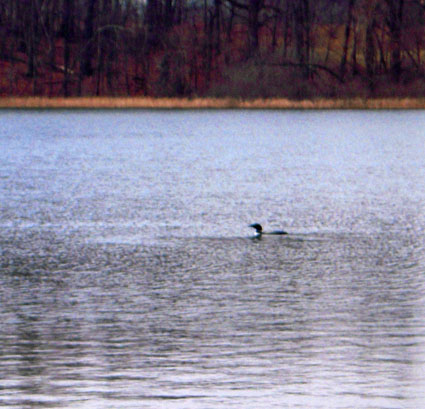 And, the frogs are awake from their long winter’s nap. 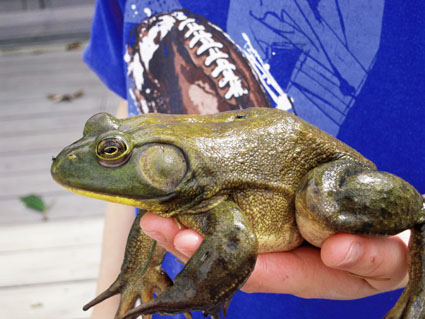 And for some reason, I thought this creature was interesting. 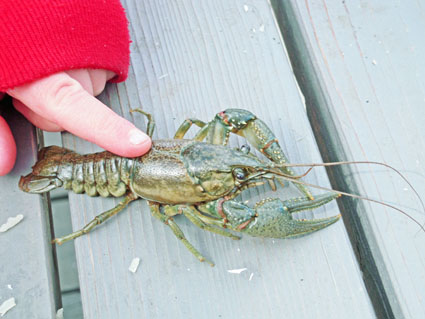 Everything’s the same; yet so much is changing at the lake. 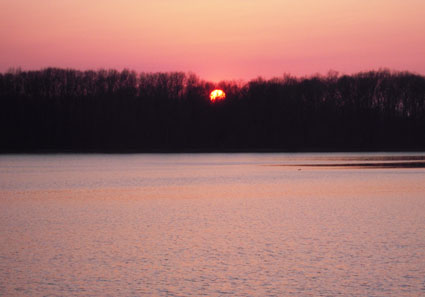 Anyone want to go for a drive?
W...
Confession: I'm Raising Mosquitos
S...
We've Had Lots of Rain
E...
Book Page Christmas Trees
S...
Tomatoes? Or Scary Halloween Prop
N...
So, We Took Rosie On a Walk
W...
Share on FacebookShare on Twitter
Make Something, the lake house
5 comments to “To my lake neighbors not present”