OK — I know this is not technically an Air Fryer… but bear with me — it works like one. I picked up this Bella Air Fryer on sale, as a whim — and I ended up loving it so much that I use it more than my microwave. I use it to re-heat leftovers so that they are hot and crispy and juicy, and not mushy like the microwave leaves them. The steaks cook up moist and juicy — same for seafood. I even make gorgeous mini loaves of bread. 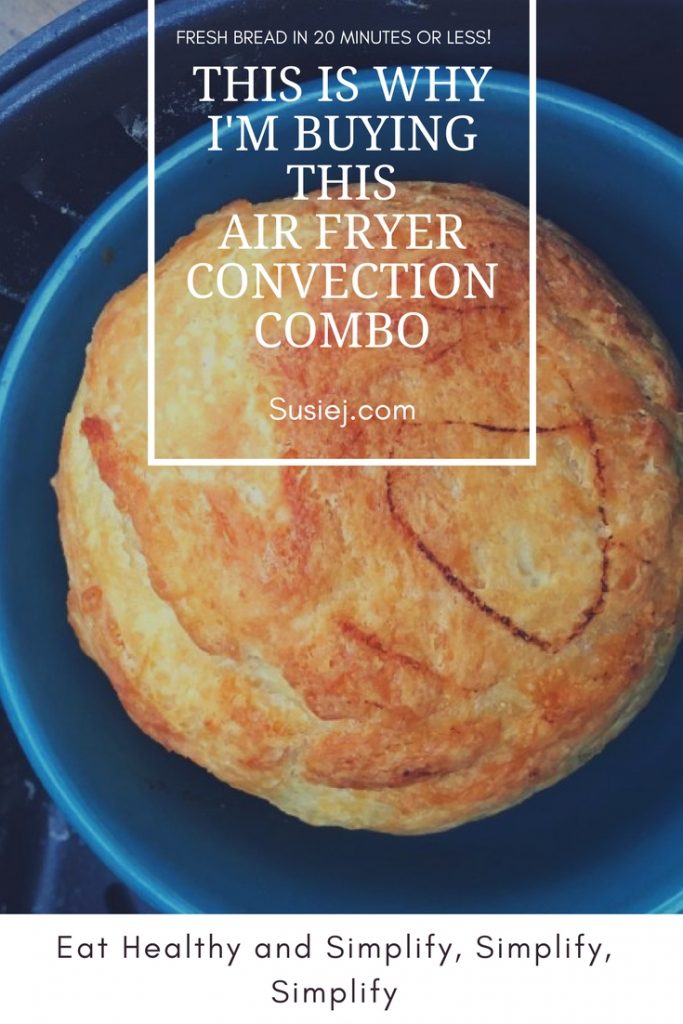 One of my hacks is to put an oven-safe bowl in the tray, well oiled, to use to cook the bread, and re-heat leftovers. It eliminates the mess inside of the fryer — although the entire Air Fryer tray can be thrown in the dishwasher. The bowl makes it easier if you’re going to be using the fryer for several things throughout the day, and you don’t want to wash the tray everytime. Just put the bowl in the dishwasher and you’re done.

So, what I’ve learned from my 7 months with an Air Fryer, is that it’s versatile. It’s fast. And food somehow tastes amazing. French fries and other frozen foods are a given — fry them up with minimal oil, and they taste amazing.

But it needs improvement. The little tray is hard to deal with — and I think the Air Fryer is still in the “evolving phase. ” It’s just not quite there yet. But I’m going to keep using it until it knocks out.

So, my son, away at college, would love to have the convenience of cooking a three-course meal quickly, so I thought I might give him one. Except — not. I wanted him to have some new gadget — like the Instapot, that allows him to cook fast, quick and easy meals.

But an Instapot is not an AirFryer. He can’t cook a pizza, cookies, or even chicken nuggets — and you can’t see what’s happening in there.

So, that’s when I decided to move over to theÂ Oyama Convection Oven. Now, when I decide to buy something, I spend days and days researching all of the competing brands, and options. So, before selecting the Oyama TRO-110C Turbo Convection Oven, I looked at Hometech’s, Exclevan’s, TinyChef’s and the ever popular, as-seen-on-TV NuWave. I’ve read all the reviews, all of the pages, and I leave no stone unturned. Hands down, that theÂ OyamaÂ is the best option. Here’s why:

The Great Altoids Tin Challenge #2
T...
I Wish I Could Go Back....
a...
My Blessed Remedy for Exhaustion
I...
Grieving at Christmas
M...
A New Mushroom Legend
A...
One Mom's desperate attempt to avoid the doctor
T...
Share on FacebookShare on Twitter
clean, college, Eat, Life
One comment to “This is the Air/Fryer Convection Oven I’m Buying”