Yoga can “turn back the clock” my yoga teacher likes to say. So as I come to the end of my 45th year in this world, I look in the mirror to see what the last 12 years of my yoga practice has brought me. People tell me I look young, yet who’s to say what I would look like if I weren’t doing yoga? Who knows?

Still, I may have overlooked something. There’s another vital factor in the youthfulness scale I never realized existed until now. I’ll show you what I mean.

At the lake this past weekend, we were blasted with another 8 inches of snow. The next day, the sky was blue, no wind, and the air was a balmy 50 degrees. Nothing to do but play in the snow. It was the best “summer” day in the winter I’ve ever known… we actually got hot climbing up the hill all day.

It was tough, I admit, to wrangle one of our only four saucers from my four boys. I spent most of my time sitting at the top of the hill with my camera taking shots of them impressing me with the cool moves they made over the snow ramp they built. 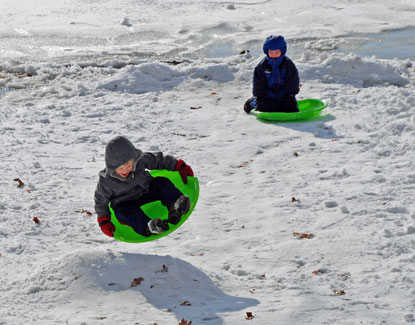 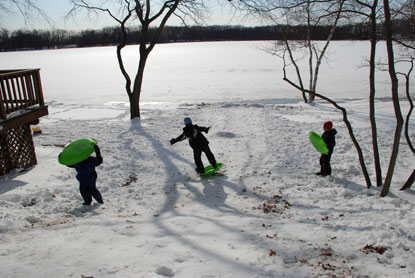 I admit, they were impressive. 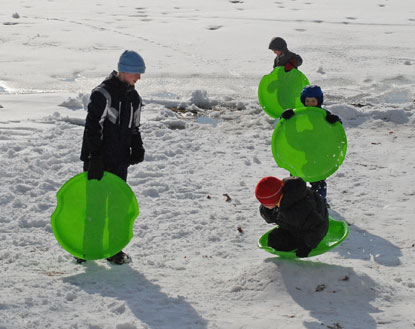 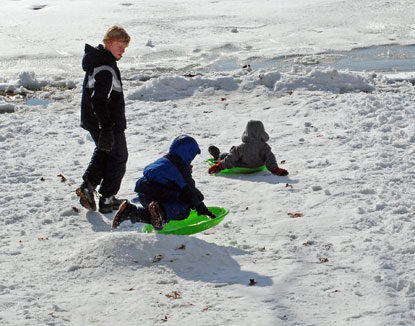 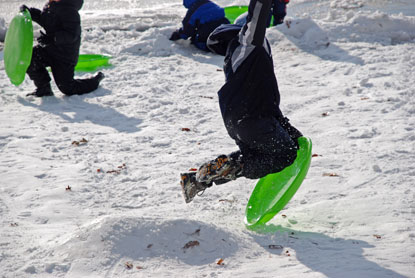 Finally, I scored a sled. When I hit the ramp, I pulled back, and completely on accident, I did a backwards somersault, which is what I like to call “my 360.” No, it didn’t hurt. When my boys began asking me repeatedly, “How did you do that Mom,” I began to realize I may be onto something cool.

From then on, I really had no trouble getting a sled, as they asked to see me do that “one more time.” So, I started doing “my 360” on purpose, time and time again. 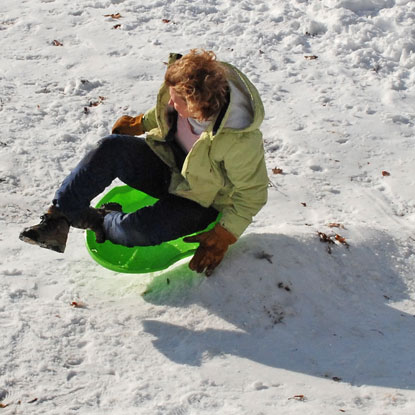 I have never been one of those “flexible talented gymnastic” types in my youth. I flunked cheerleading. But here, right before my eyes, everything just fell into place. 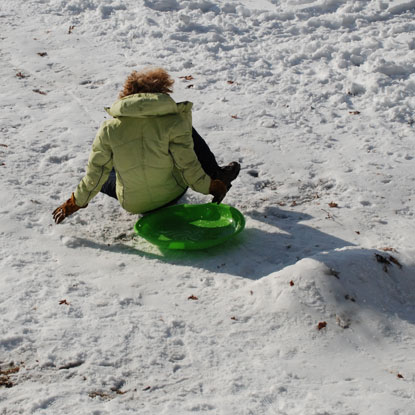 Now here is where you’ll just have to use your imagination a bit, as my husband was behind the camera and didn’t quite get the shot I need here. But in the picture you can’t see I am skillfully tucking my head, so that I can begin my big roll… This is where my yoga teacher’s favorite phrase, “you’re as young as your spine is flexible” really begins to resonate some truth. 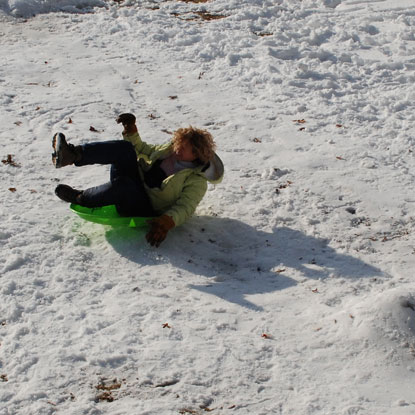 No, I can’t believe I’m showing you this either. But, I’m trying to make a point… and if this doesn’t convince you to start a yoga practice now, I doubt nothing will.

You can see from these photos below, just how much I am impressing my boys… all of them. 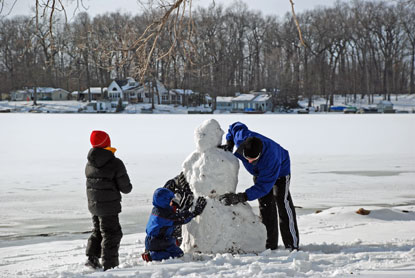 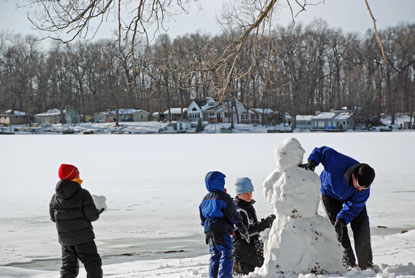 Still, I keep rolling, and I end up again, right back where I started. Thrilling. 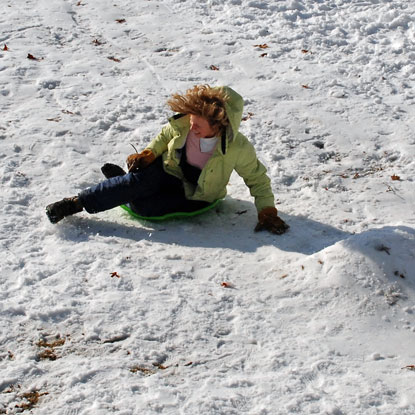 The kicker, and my crowning glory, was when my 12-year-old said, I can’t keep doing this, because I think I’m hurting my neck. Meanwhile, I kept rolling and tumbling down the hill.

But just between you and me, my neck was tiny bit sore the next day; a few yoga stretches took care of that. But, I was definitely the Queen of the hill that day… thanks to yoga.

There's Probably a Rosie Meme Somewhere
O...
Blog is up
I...
Chalk Paint Remedy: Just Add Water for Nice, Even Coverage
C...
Sometimes my kids can be wet blankets.
...
This Elf Just Won't Leave
H...
Thriving Instead of Enduring: How To Transform What You Hate into Power
S...
Share on FacebookShare on Twitter
Laugh, Life, the lake house, Yoga
19 comments to “They Say Yoga Keeps You Young”