Last summer, our little one was riding around in the boat, watching his older brothers wakeboard. All at once, he sat up and said, I want to try that. So, we humored him. We put him in the wakeboard bindings, and threw him in the water. 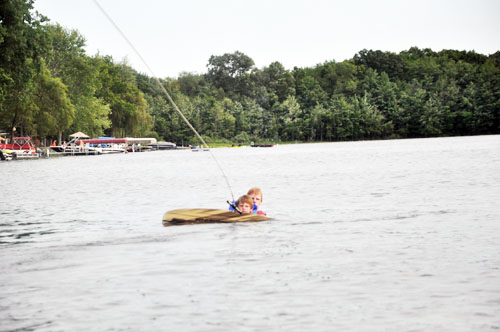 He tried it, and realized how difficult this really was. He gave up and said, “I’ll try later.”

Wakeboarding is hard. Especially when you are shorter than the wakeboard, the entire lake is watching you “to see what you can do,” and you have older brothers who are so much better at it, and everything, except origami, than you. He knows wakeboarding can be dangerous.

His big brother looked at him and simply said to his frustrated, intimidated and fearful little brother and said,  “There is no later.”

A few minutes later, our little guy was wakeboarding. The youngest, and smallest wakeboarder on the whole lake.

I caught the whole precious big/little brother moment on video.

No one expected him to be able to wakeboard his first day out on the water. Not one of us thought he was big enough to actually do it. The wakeboard, is, after-all, taller than he is. 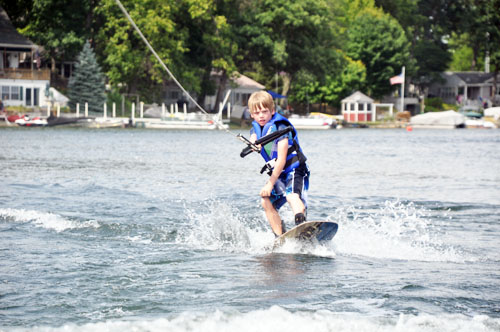 But he did it. That very day. And, I caught the whole sweet thing on video. (The best part, is watching him pull his shorts down over his knees.)

This, “There is no later…” was my son’s Manifesto, and the thesis for his essay.

Funny that, after all of their effort, I’m just now publishing the video. Apparently there is a “later” for me. 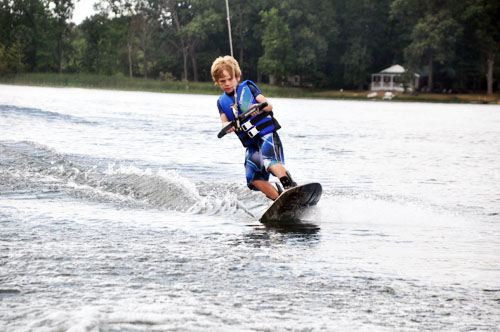 Short and Sweet
"...
Like Links In a Chain
T...
Cool Cloud Over the Lake
Cloud
Lemon Barley Water
W...
Laughing at Our Tears
I...
Share on FacebookShare on Twitter
clean, Laugh, Life, the lake house
2 comments to “There Is No Later”