The only way to have a big adventure is to take a big risk. I think it was Tom Preston-Warner who said, “When I’m old and dying I plan to look back on my life and say, ‘Wow, that was an adventure,’ not, “Wow, I sure felt safe.’”

When he, a friend, not Tom Preston-Warner, started to tell the story, my story, he was making a big joke. He read from a different script. Same story, different adventure. Yet, the one he told sounded familiar — there was a cadence that moved me toward a recognizable ending – a story I had forgotten, but the one, the only one, I would ever tell again. 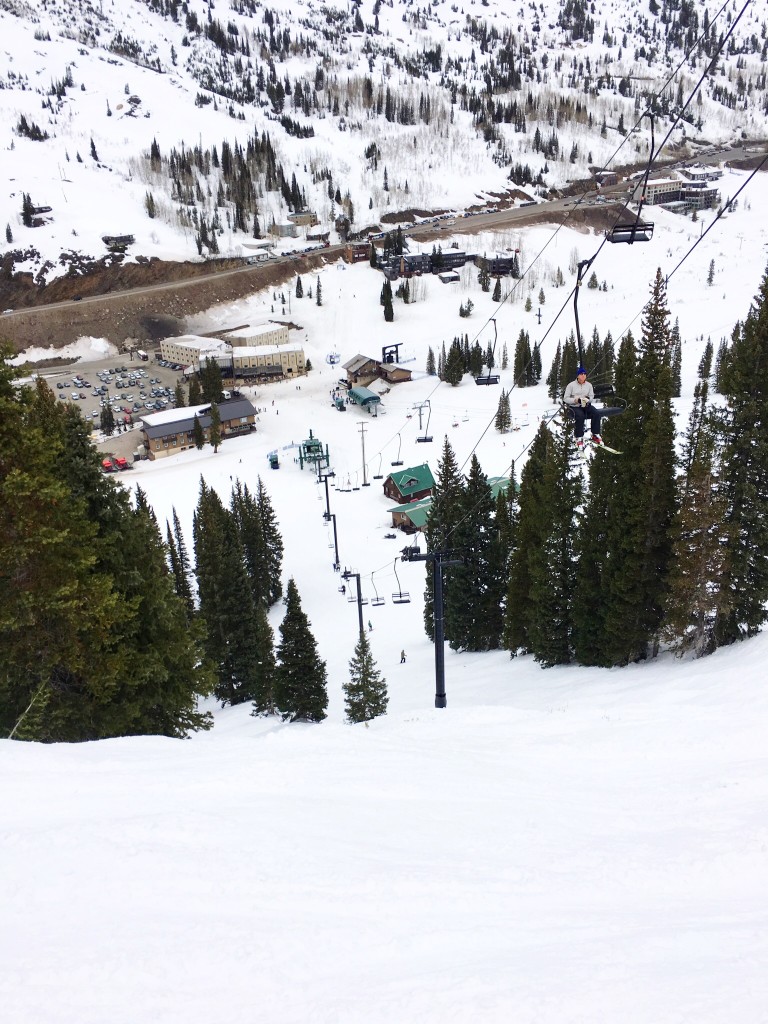 He began by erasing the words “ski lift” from the re-telling, and insisted that we start at the beginning. The true beginning – back when the choices were made that would define the future.

Storyteller: Were you scared when you looked up at that mountain?

Storyteller: And you did it anyway, right? You could have hung back, had that cup of tea, and sat by the fire – but you didn’t. You marched out there, with icicles in your hair and you took hold of that mountain, with every intention of shredding that mountain. No cowering… no hovering around and being a wallflower. Right?

For effect, he thought it might be a good time to cue the Miley Cyrus tune, “Climb,” but after thinking it over, I think would prefer Julie Andrews singing, “Climb Every Mountain.”

Storyteller: And why did you do it? I’ll tell you why. You did it for the thrill. Because you knew you the only way to live, is to live daringly. And you did it for those boys of yours. You wanted to show them how to conquer their fears, and overcome any barrier that stands in their way. More importantly, you never wanted them to think, for a minute, that you were deprived of anything, because coward, you are not.

So, you put everything aside, and you just focused on the trail that lay in front of you. Yeah, you were scared… but that didn’t matter. The mountain called, you stepped up – you stepped up 10,000 feet, in fact. The highest point of the entire park, a wicked double-black diamond mountain. And just before you started to shred that mountain – BAM! That’s when it happened.

Who knows what happened, exactly – and it doesn’t even matter. Because when you climbed that mountain, it was the most remarkable thing I ever saw you do. And then, there was that treacherous climb “down” the mountain.

It was not so much the mountain you conquered, but you showed us how to soar within. In one of your most poignant parenting moments, you wanted the boys to know that dreams are never achieved by staying on the ground.

He made us all laugh. But when the jet ascended, a few days later when we left, and the pilot said, “You can now take off your seatbelts, we are at 10,000 feet,” I looked down and realized what 10,000 feet looked like. I liked his little parody of my adventure — because this one was true.

In the end, adventure is what you make it.

Life is either a daring adventure or nothing.

Origami Master Takes A Break Over Christmas
T...
Good Strong Word Cookies
Y...
How To Cook Dinner on A Dreary January Night
O...
Sharing Home
I...
Building A Better Fruit Fly Trap
B...
The Christmas Gift For Your Teen That Gives You Peace of Mind
I...
Share on FacebookShare on Twitter
Laugh, Life, travel, Try This
One comment to “The Words “Ski Lift” Shall Never Be Used Again”