Before we even had a lake house, I used to take my older boys to a creek that ran through a park near us in the city. I dressed them in their bathing suits, told them to grab their nets, and just do whatever it is they wanted to do. There was a large rock that stood in the middle of the creek, surrounded by smaller ones. At first, they tried toÂ  “not get their feet wet” as they moved from rock to rock. Then they got quiet. At first, I thought they were bored, and ready to go home. But I waited a few more minutes, and realized they were observing and listening. Soon, they were watching bugs, beetles, and fish that had once been invisible were now visible.

When people give me that “funny” look, when I tell them I spend the entire summer at the lake, I want to encapsulate this moment for them. I feel satisfied when I see that the boys are able to entertain themselves in nature. I feel a victory each time I watch them set to work to build some kind of man-made structure to “create” something that temporarily alters nature. Nature always seems to win, and this too, has its own lessons.Â  I’ve learned to stand back and not interfere with their grand plans, despite all of my own grown-up wisdom, because the point, really,Â  is for them to experience nature for themselves, on their own terms. It’s taken some practice not to comment, and agree with them, during the initial planning stages, that yes, “this is so very important, and it will probably work.”

The tiny turtle he found fits in the palm of his tiny hand. Yet, the structure they’ve made for this little sand turtle rivals any sand tunnel the turtle could build himself. The boys are convinced that it’s their “job” to build the tunnel so that the turtle can lay her eggs. 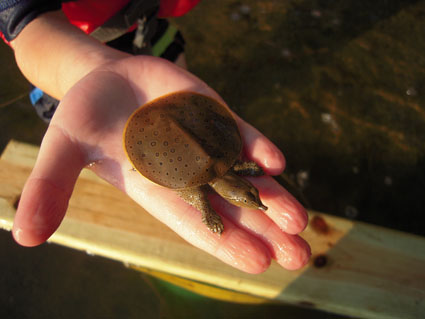 Before I had a chance to say Hello to the turtle, the little boys instantly decided the turtle needed a ramp, so the turtle could easily get down into the water. 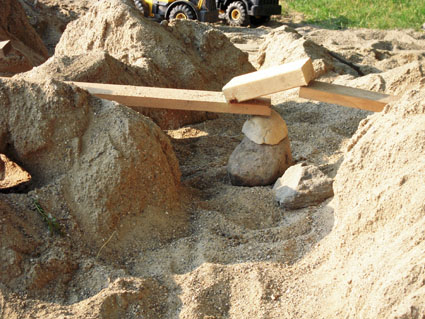 Within seconds, the boys hauled out scrap pieces of wood from the garage. Miraculous, isn’t it? They have this uncanny ability to carry these boards down the hill, and down the steps without dropping a single one on a toe. Funny, how the same boys are unable to carry washed and folded clean clothes upstairs to their bedroom. Or toys to the toy box.

Using sand for the base, they carved out tunnels, using whatever buckets they could find to support the ramp, and went to town, literally, building the sand ramp. It was heavy work… calling for rocks (boulders), talking in a dialect only they know between the two of them. The work was carried out in much of the same way they build their trains. The end result, when it comes to kids in nature, is always joy.

100% Natural, Chemical-Free Gel Air-Freshener
I...
I'm regretting my decision already
S...
Dark Side
I...
His Fantasy in Full Color
O...
Parent to Teen: Universal Language
I...
Why Did the Eagle Cross The Road?
A...
Share on FacebookShare on Twitter
clean, the lake house, You Tube
3 comments to “Forces of Nature”