When our beloved Birch Tree toppled this summer – I made sure to save the gorgeous logs! Because what beautiful fireplace hearth is not without a birch log? And then there were so many beautiful Pinterest Pins about “natural Christmas” arrangements. So – I whisked the logs straight into my living room a few weeks ago. 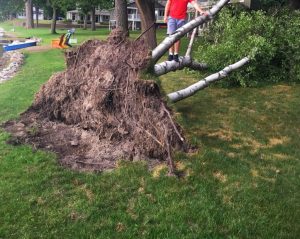 Ladies — you know how we just “know” something isn’t right about our homes. When something has invaded our space — like a smell that we notice before anyone else does? Or how our minds work so fast to put 2 + 2 together to realize that this “unrelated thing” caused “this?” That’s when it hit me. These were not regular outdoor moths – these were those creepy crawly pantry moths – and then it hit me again – that’s why the Birch Tree fell – it was full of worms!!!! 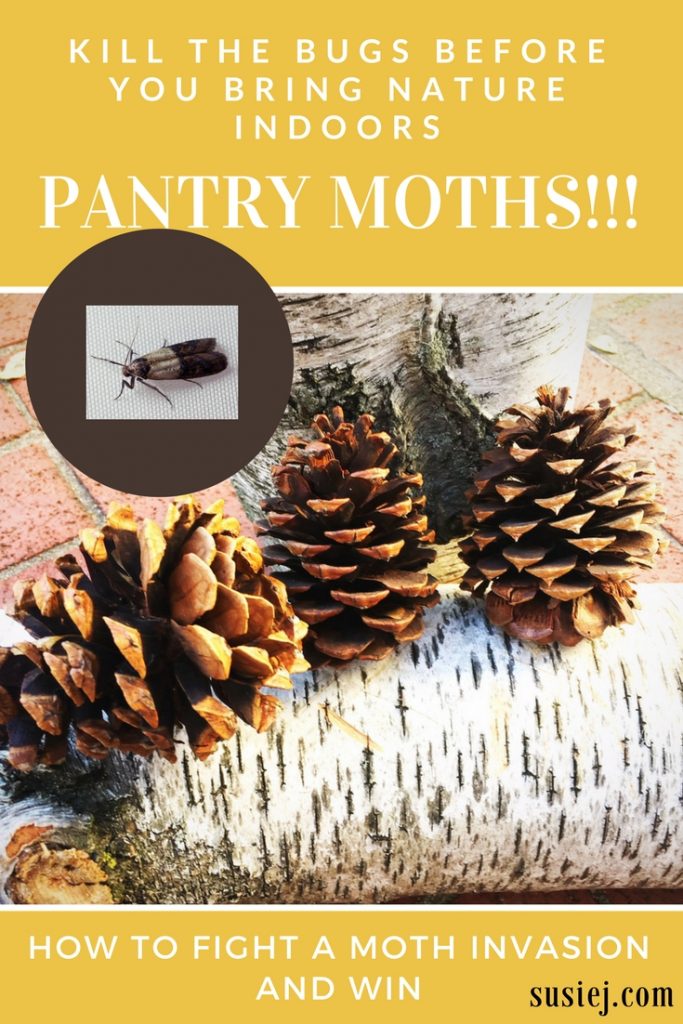 So yes – I’m dealing with a pantry moth problem, yet again.

And, I received an email from Shane, who has done extensive research on pantry moths – and pests and methods to get rid of them. He taught me a few things, which you can read about in his post here.Â (Spend some time there — Shane has lots of great info about the differences between food grade and pest grade DE.) I thought it was interesting that he says not to “clump up” theÂ Diatomaceous Earth

Â because the pests will just avoid it. This is TRUE. I watched my fruit flies do the same thing when I placed it around the top of the bottle of my trap. But luckily, the dust settled around the bottle, dropping from the sides, and they eventually got some of the powder on them from the pile residue, and the fruit flies are gone.

He also encourages us to keep the pest grade away from our own food – and to only use food grade around food. And, if he were usingÂ Diatomaceous EarthÂ

So—I will be using a paintbrush to lightly coat the areas where I think the moths may have created a nest… but I haven’t yet determined where that might be yet.

– my mother used them, and I watched her moth population explode. But, now that I am at a loss of where the moths might be nesting, I’m tempted to get the pheromone trap, and lightly dust the trap with theÂ Diatomaceous Earth

. That way, the moths will come to the trap, rather than having me out searching for where they might be hiding. It’s been almost 48 hours since I’ve seen a moth — maybe I’ve killed them all with my bare hands — or maybe I’m just living in a fantasy land at this point.

So – if you plan to bring the outdoors in – whether it be pinecones, birch logs, nuts or any other assortment of natural things – please pre-treat them before you bring them in. TipNut recommendsÂ placing items in the oven set at 200 degrees Fahrenheit for 30 minutes. You could also, sprinkle a little DE on them, just to be sure, and let them sit outside for a few days before washing off theÂ Diatomaceous Earth

My logs are still sitting outside — Quite frankly, I don’t know if they will fit in my oven!

Mom, I need Another Tootsie Roll Pop Because I Forgot to Count
I...
How To Create Timeless Stories
I...
Let's not split hairs, shall we?
A...
When Babies Sleep, They Grow
A...
Cross Country
...
The Nightmare that Comes After Deep and Tormented Sleep...
E...
Share on FacebookShare on Twitter
Life
3 comments to “The PANTRY MOTHS ARE BACK!!!”