I will share with you my secret Lenten project, which actually started months ago. The whole thing, actually, started crumbling under the weight of life, so I decided to start fresh, for Lent. But now, I’ve even failed to keep that going. What I did was to decide, in December, to join Ann Voskamp and thousands of others, strung together across the internet, to memorize the Book of John. Yep, the whole book. (Ann is actually breaking tradition this year and memorizing only key verses of John.) 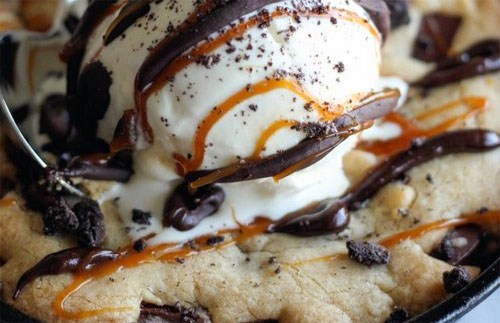 Before you quickly judge me, and say, “what a waste of perfectly valuable time,” I will say,  what’s wrong with wanting to be wise? Wise enough to handle all the upheaval, chaos and confusion that comes naturally through the art of raising four boys, transforming them into men you would want to know?

So many of us have little verses of scripture tucked away in our hearts, scraps of verses we have learned in Sunday school as children – but nobody – nobody — I’ve ever met memorizes entire Books.

Yet, Ann and her legions of followers, have done this before. They have a history of  committing to long stretches of memory passages: Romans, The Beatitudes, Colossians.

Intrigued, I wanted to see what all the fuss was about. Why did Ann say that scripture memory is more important than quiet time? What gems, insights am I missing?

So, I decided to dive head first and just take the whole John pill… and memorize every single word in the Gospel of John over one year. Not fully grasping what I had set out to do, I simply put my head down, and divided out the number of verses (879) for each day for 365 days, which comes out to 2.4 verses each day, (exactly 15635 words total). I would simply work the plan, just to get through it.

Two point four verses each day. Anyone can do that.

Yet, I had doubts about the futility of such a project. Wouldn’t it be a waste of time to fill my head with such meaningless transitory phrases, as “The next day, Jesus decided to go to Galilee…” When, instead, I could just hang out on the grandeur and power of “The light shines in the darkness and the darkness has not overcome it.” Wouldn’t those words be enough to carry around in my heart? Why crowd my mind with meaningless transitory phrases, “…this all happened at Bethany” when I could be focusing instead on “I have come that you may have life and have it more abundantly?” Because who doesn’t need an abundant life?

The mind can only hold so much…

Is it no surprise that my plan of memorizing 2.4 verses each day has fallen flat?
On this 84th day of the year, I have exactly 61 verses of the book of John memorized; rather than the 206. (You think that’s a lot? The Remember Me app on my phone makes this so easy to do — I take no credit. I was only playing games…)

I have failed to work my plan. I have cheated, just like the rest of you out there who vowed “not to eat chocolate for lent” and have broken your vow.

Yet, and this is the best part, I haven’t suffered one single bit for cheating. Instead, even for this tiny bit of effort I have put forth to memorize 61 verses – I’m the one who has received a gift. Normally, at such blatant downright failure, I would be filling my head with the familiar refrain that always comes when I set out to do something, like clean out the basement, or to make consistently hot meals, night after night, “there you go, failing again, why did you think you could ever accomplish such a feat?” And don’t I deserve that?

Instead, I don’t really have time to fill my head with this worthless, senseless drivel that drains my energy– instead, I have become so enchanted with the insights that keep unfolding in my mind as those 61 verses sit there, weighing down, crowding out everything that is dark. This deliberate act of memorizing those 61 verses, has lightly filtered every dark thought that comes through, making life so alluringly profound — illuminating the mundane realities of a boring, dreary winter day.

I never saw this coming… I simply expected to walk around with a head full of new verses to spout off. I never expected a movie to unfold in my mind, as life began to unfold, with the parallel script of John running through my mind.

So here’s the one Lent practice that lets me have my chocolate, and doesn’t punish if I cheat. It’s the one that gives me treasures, in spite of my failure. All I can imagine is how much more I am missing out on by not carrying the remainder of those 818 verses from  John in my heart.

What did I learn? Yes, that there are no mundane transitionary phrases in those 61 verses, and not one of them was a waste of time to hold in my head? Yes, that and more, yet this is a long post– so I’ll save that for another time.

But, I will leave you with a this guiltless chocolate chip cookie recipe. I say guiltless — because there’s practically no mess involved.. and you can make it in no time — as long as you do all the mixing right on the stove…

Cocoon Of Support
F...
Dining in a wine-list restaurant with kids
P...
Find some calm
...
When You Need to Pray, and Don't Know Where to Start, Start Here
E...
I want to be like vintage Nancy Drew
...
On The Non Permanence of Residents
I...
Share on FacebookShare on Twitter
holidays, Laugh, Life, spirit, Try This
3 comments to “The One Lenten Practice That Doesn’t Punish You When You Cheat”