The Columbus Landmark Foundation is not invested in tales of ethereal spirits, urban legends and ghost sightings – they are in fact  committed to historic preservation and history, serving as a valuable catalyst to ensure that enhancements and preservation efforts uphold Columbus’ architectural heritage. 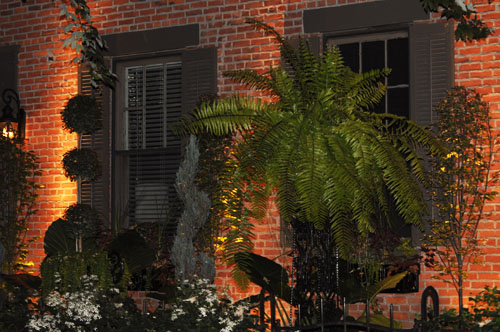 Yet, unsolicited stories began to make their way out of the mouths of the residents, building owners, workers and employees of these buildings and homes on Town Street. The stories had far more in common than anyone ever realized, and their collected stories soon made Town Street one of the most haunted neighborhoods of Columbus.

So, the historians of the foundation couldn’t discount the stories, as they are an integral part of Columbus’ legacy. The paranormal activity has made a direct impact on the neighborhood, the lives of people living there — including making it difficult to find long-term tenants for some of the buildings. 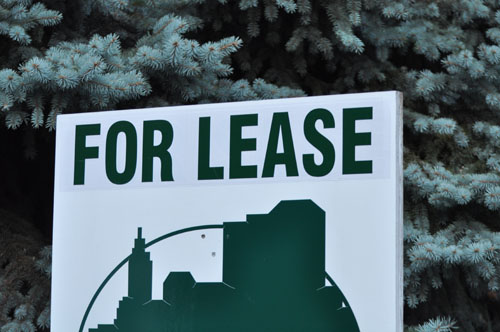 And so I went on the tour, for Discovering Ohio. 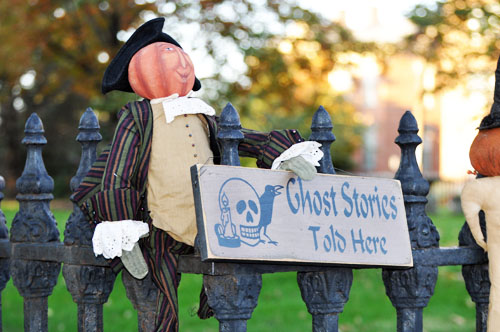 Here’s what I learned, and saw:

The homes on Town Street were built in the 19th century, when notable Columbus industrialists, lawyers, and legislators moved “out of the filth of the city.” Ha. Now, it is downtown — practically. 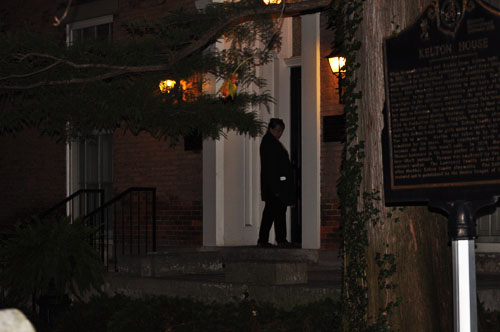 When we entered the very first building on our tour, we learned that the spine-chilling events directly influence how the buildings are used. They were insistent that we arrive at dusk, as the building owners wanted to ensure they would have enough time to turn off lights and lock up and get out of there before dark. Apparently, the sounds of footsteps, lights flickering and the arrival of the pink lady on the banister proves a little too “unnerving” as the events happen with an all-too-predictable frequency. (Sometimes, when driving away, they can see the lady in pink waving at you in the window — the neighbors attest to this too.) 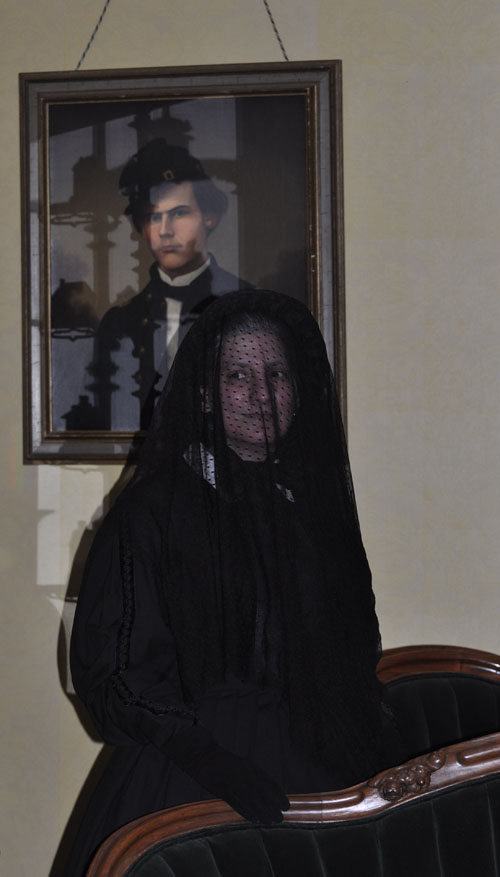 We learned about the secretary who no longer works in one of the buildings because the “ghosts” literally drove her out –even though she repeatedly was locked in the bathroom, by someone outside the bathroom, when she was the only one there. 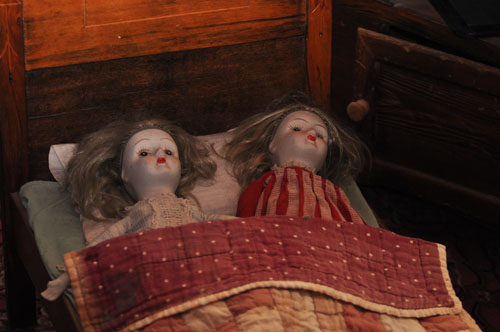 Tour guests themselves have, over the years, often been the victim of a ghost’s practical joke. Yet, understand that this is not a commercialized “haunted house tour” where events are manipulated to give you a commercial experience. The ghosts either make an appearance during your tour, or they don’t. While standing by a closet door in the parlor of the Kelton House, one guest heard “whispering” coming from the closet. When the closet was opened, they found only a stack of folded chairs. 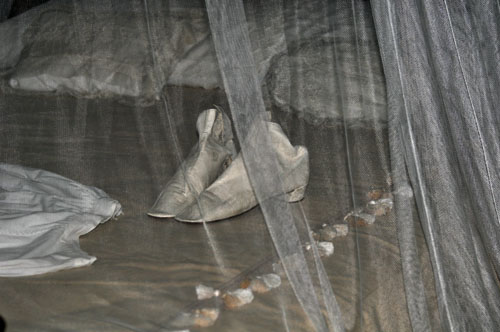 There have been reports of guests’ camera’s not working, necklaces being removed and recovered, and gentlemen standing in the backyard smoking that only “some” can see. Yet, the best stories come from the employees and the owners of the buildings, many who have had direct contact with the “regular” ghosts in each of the homes. There are more ghost stories that can fill a 3.5 hour tour. 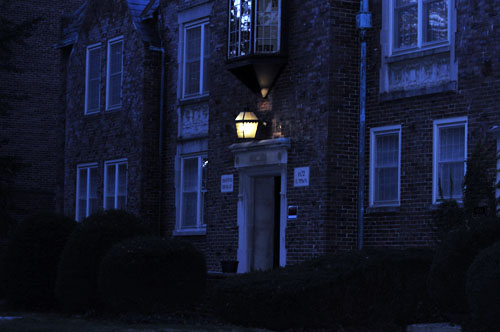 This tour starts at the Topiary Park, (yes, it’s haunted too!), and includes a stroll down Town Street where you will learn about Town Street history and notable residents, and enter the Kapp Kappa Gamma and Kelton House. It’s impossible to predict which stories you will hear the night of your tour. But one thing is certain – you will certainly leave with more questions than answers. For example, why were strands and strands of garlic left hanging in the attic?