Rosie did her usual wiggle-and-greet when he walked through the door — until she finally realized it was “HIM” and she immediately threw all her inhibitions aside and began to break all the rules and started to jump on him, while making that whining sound ofÂ excitementÂ that she could barely contain. Her paws wrapped around his leg, hugging him, not letting go, just like a real human being.

There was a roast, fresh from the oven – but there was no time to make desert – because I, of course, waited until the very last minute to freshen up his room with fresh sheets. And, yes, I had been using his room, since Christmas, as the go-to-storage place for all the clutter I couldn’t bring myself to part with. (Even including empty boxes, I’m ashamed to say.) 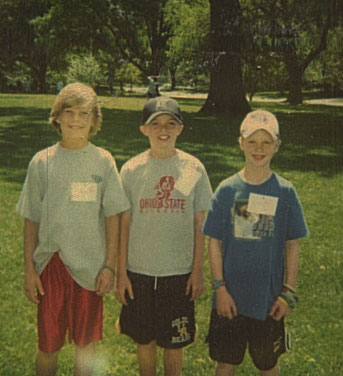 Days before, his brothers hear me refer to his arrival frequently, as it continues to come up in conversation. They dont’ share myÂ level of expectancy — instead of using this as an open forum to discuss the elusive question of who my favorite actually is. I don’t always come out looking so good in the times when I’m trying to do my best.

I wish I could describe the look he has on his face. Almost bashful and shy, like the little boy he once was. His mouth is in the beginning stages of a grin, for a laugh he never fully delivers. Maybe that’s because I’m too anxious to blurt out the questions – and the explanations for everything that’s been going on here since he left – like why the table is on this side of the kitchen now.

I don’t know why, but the laundry bags are like presents to me. I saved up the laundry from the last two days so that I could do it all at once. I adore the idea of transforming that smelly bundle into something fresh, and bright; even the anticipation of the whole process energizes me.

And soon, the kitchen starts to flood with his friends. All of them have that same look — scruffy shadow beards, a little fuller in the face and “bigger.” I’m just as happy to see their faces as his, I think. It reminds me of when they were all here, and I could always count on them show up at the most random, inopportune times. Yes, I miss those days.

Rosie plants herself outside of his bedroom door. Her paws crossed, one eye open, as if guarding the room. Â “I’m not letting him out of my sight this time.”

I look forward to bedtime, knowing that tonight I have the unrivaled pleasure of crawling into bed tonight, knowing that we are all under the same roof, our lungs filling with air from the very same place.

It's time to harvest your lavender
Y...
Sourdough Buns
I...
Saving Christmas! 13 Alternatives to toxic toys
N...
The Flocker Gets Flocked
E...
When things look fuzzy
A...
Santa's Workshop at Skittles
I...
Share on FacebookShare on Twitter
clean, Laugh, Life, puppy
2 comments to “The Early Flush of Spring Break”