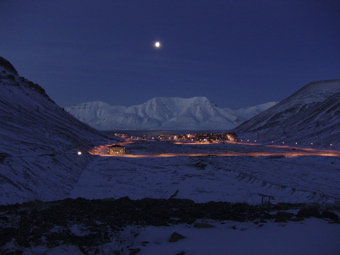 At an early age, I learned to love the parts of our garden with plants that carried the name “volunteer.” These were the plants, my Mom promised, that would come back year after year, without us needing to replant them again. These plants were part of our home now, they would stay with us deep in the soil through Winter’s ice and snow, making their loyal presence known again with the gifts of spring and the first starts of a leaf.

In black dirt I found purity, and there is something clean about dirt. The lines of black and white are distinct and clear when your hands are dirty; it is brilliantly easy to know right from wrong when the lines are so clear. I came to know that here in the soil is where you learn the necessary rules of life. I saw metaphors for every gardening truth. My favorite is this: the more you take from a plant, the more it will give you. Turn this around, and see this from the plant’s perspective: For every tomato blossom it gives up, it has just increased its capacity to bear even more fruit. Kind of like tithing, don’t you think? The more you give, the more that comes back to you. If you want your daisies to give you more daisies — keep deadheading the blooms.

When I brought back wildflower seeds from my trip to Alaska, I remembered the clerk telling me to store them in the freezer. The cold, she said, would give them a fiery, bold color when they bloomed. I thought of those seeds that winter, stuck in the freezer, waiting for spring. The seeds, like humans, need a void of nothingness sometimes to inspire creativity.

I remember my Uncles being pleased about new patented commercial seeds that were especially resistant to disease and pests. These hybrid seeds are also known as ‘Terminator’ or Genetic Use Restriction Technology (GURT). The seeds were patented by companies like DuPont and Monsanto. The seeds essentially “commit suicide’ after one harvest.

Skeptical, I was of this “easy-way-out” approach — seeds that didn’t naturally return were suspect, in my mind. It was almost as if the seeds didn’t have a soul — didn’t care to stay around with us until next spring. The volunteer seeds were stronger than my own Mother’s flesh. But these seeds were sterile. I didn’t understand then the excruciatingly painful financial side of farming. You needed to protect yourself from every foreseeable loss.

However, I now see the bigger tragedy: Every year farmers were forced to continue buying from the big seed companies for their seeds. As the Green Movement spread across third-world countries, these struggling farmers were also taught how to farm with these GURT seeds, keeping these newer farmers also dependent upon the seed companies. While there are about 7,000 species of plants that have been used for food, today’s farmers use less than 150 species.

What do you think of when you hear the words DuPont, Monsanto and Dow Chemical? Creators, they are, of dioxin, PCBs, Agent Orange… and our world’s seed supply.

But what harm could a few seeds from a chemical company do? Remember that company Epicyte? They announced in 2001 the development of genetically engineered corn which contained a spermicide which made the semen of men who ate it sterile. 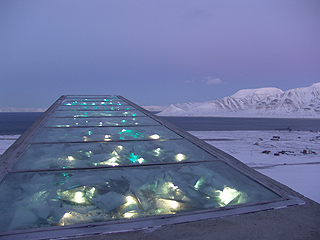 The Svalbard International (Doomsday) Seed Vault opens today in a mountainside on a remote island near the North Pole in Norway. The vault will protect our world’s seed collection of plants from future catastrophes, such as nuclear war, asteroid strikes and climate change. The Norwegian vault is protecting 268,000 different seed samples from around the world. Each sample can include hundreds of seeds, so the vault already has about 10 tons of seeds. It can store more than two billion seeds. 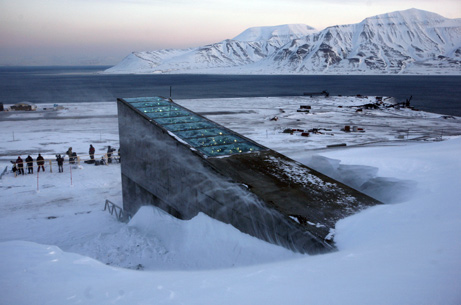 Seed banks began in the 1920s, and Earth now has more than 1,400. Sometimes these banks are destroyed, and other banks help to replenish the supply. The wars in Iraq and Afghanistan, and a typhoon in 2006 wiped out a bank in the Philippines are recent casualties.

The site of the Doomsday Seed Vault was chosen carefully, after radiation levels inside the mountain were evaluated, and after forecasting a doomsday climate change 200 years into the future when the ice sheets at the North and South Poles melted. This spot, scientists have calculated, will still be above sea levels. The vault is built inside a mountain so that “the surrounding permafrost would continue to provide natural refrigeration if the mechanical system failed” explained Dr. Fowler. Seeds do best when they’re cold. 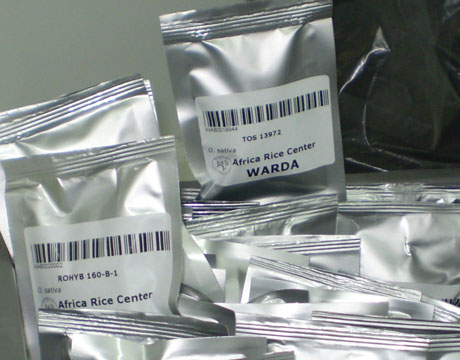 Scientists are disappointed that some key crops remain outside the provisions of the International Treaty for Plant Genetic Resources for Food and Agriculture. The scientists, Simon Linington, Clare Tenner and Roger Smith, are all involved in the development of the Millennium Seed Bank Project at Wakehurst Place, Kew’s country garden in southern England. They say, the need for conservation is stark. At least 34,000 plant species are globally threatened, the authors say, and they cite a 2002 estimate by the eminent US scientist E O Wilson, who said as many as 50% of plant and animal species could be on the brink of extinction by 2100.

Out with the bathwater went the traditional practice of seed saving. Self-pollinating (non-hybrid) plants produce seeds than can be saved. For a daisy, you save the seeds from the flower heads. For a tomato, you cut the fruit open, scrape the seeds and put the keep the seeds and juices around in a container to let them ferment for three days before storing. For more detailed instructions, visit Saving Our Seeds, SOS. Seed companies like Seeds of Change, are working to keep the art of seed saving, and our food supply intact.

As open-pollinated seeds are replaced with consolidation from the seed industry, we are seeing less indigenous agriculture. Diversity is nature’s survival method. It is important in the rainforests, the deserts, the grasslands, and all other ecosystems and creatures. It is also important to us in our food crops. For future generations we must preserve these time-honored varieties that are being lost. The crisis is bigger than any one government or agency can hope to handle

Big, and almost too clean for real gardening, money stands behind the Doomsday Seed Vault. I was going to pass this spring, and not plant a garden this year. Afterall, the boys keep me busy enough all summer. But now, how can I not?

We Can Handle Any Mess Anyway
Q...
Rosie Could Probably Use a Visit From Her Mom
A...
Let's not split hairs, shall we?
A...
Growing Some Magic
Y...
The Race That Did Me In
I...
Cross Country
...
Gardening, Life, memories, news
10 comments to “What’s Missing In The Doomsday Seed Vault?”