Where else on earth could I indulge in the rich slathering of oil-rich caviar? And, more importantly, come back to the room, and not have to deal with any one person, except myself? I felt it sort of my duty to “check-it-out” so that if anybody ever comes up to me on the street and asks me, “Does a caviar body scrub make you smell fishy?” I would have the answer. “No… it does not. So, go for it.” 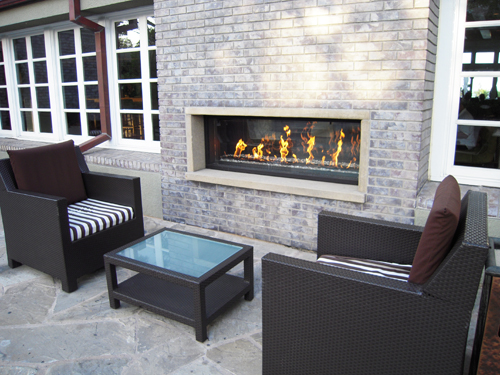 Now’s the time. And my skin, is oh so grateful. On the walk there, the spa was surrounded by hundreds of lavender bushes that were passed their prime of bloom… but the fragrance from the leaves gave off a powerful scent. Very nice.

Once inside, I was invited to relax by the fire, with green tea (brewed in those silk bags) until my name was called. 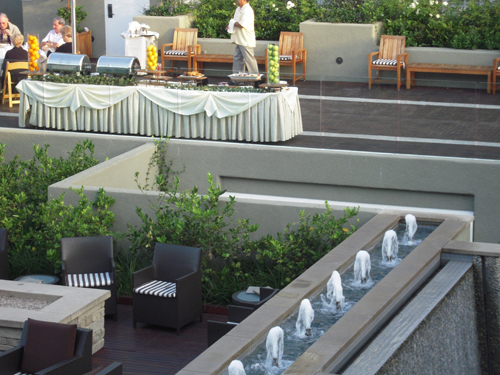 The caviar was actually an oily exfoilating scrub, that was applied as a massage — a double bonus. The smell was a combination of chamomile, calendula, lemon balm and
lavender, a scent like nothing I had quite experienced before.

I made it clear, from the beginning, that I was not going to be one of those chatty talkers during my treatment; and I did not care to listen to her talk either. I was there to relax; and talking and listening takes oh so much energy, you know? So, I placed my head down on the table, and I was a bit rude. But, it was for a good cause.

The table was heated from underneath, and the blankets and towels were thick, soft cotton. Once I was throughly covered in smoothy oil, both sides, I showered off, and moved back to that luxurious heated table. 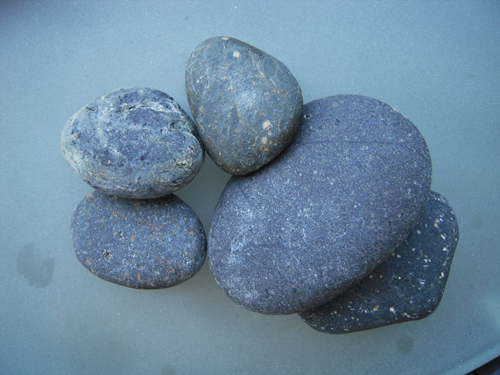 Then, my technician out-did herself, despite my rudeness, and used the heated rocks, and covered them in melted shea butter, and began massaging me all over again. It was amazing… there was a moment or too when I completely lost consciousness. This played in the background, so move over U2, this is now my favorite song. I cannot get this out of my head… and I’m fine with that. (Has a nice ring to it, don’t you think? I really like it. The actual “chant” doesn’t start until minute 1:30, so give it some time.)

Every once in awhile, I would open my eyes, and all I could see was the glow of the ceiling light above the table — it was an amber disc, barely lit, and for a second I was sure it was the planet Mars beaming down from above. Earth, back to Susie.

Once I was done, she suggested I spend some time in the steam room to let the oils sink into my skin. I opened the door, and the smell of eucalyptus and the warmth of the steam hit me, and I had only one question for myself: “How am I ever going summon the willpower to leave this luxurious room?”

I’ll tell you exactly what got me out of that steam room…. 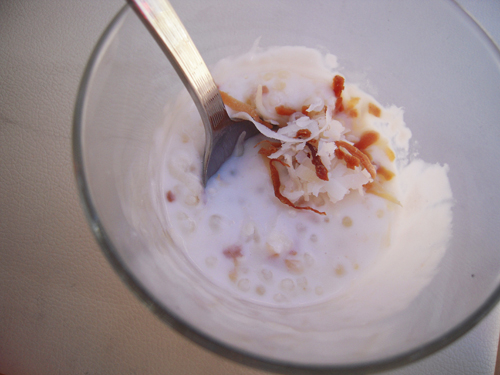 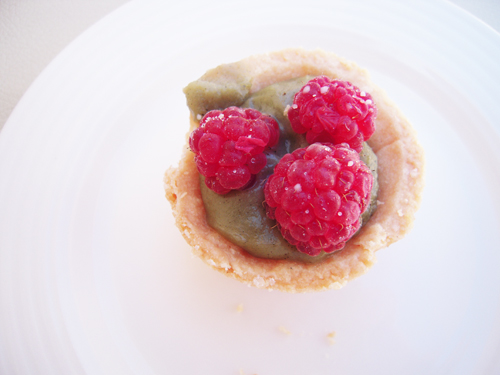 Lilly of the Valley
I...
Building A Better Fruit Fly Trap
B...
Happy Birthday, little one
...
More toy recalls coming mattels timing and does my child have lead poisioning
W...
Instant Patina
W...
Note to self: 13 Reasons Not To Host a Sleep-Over
D...
health, Laugh, Life, travel, Try This
3 comments to “The caviar did not smell fishy”