If you’ve been watching the Youtube videos of The Ohio State Marching band lately, you have been nothing short of mesmerized. Michael Jackson moon walks across the field, The Pirates of the Caribbean Ship floats, and Dinosaurs walk across the field, while eating a snack. Even coach Urban Meyer snuck out for a preview of the half-time show. Even Woody Hayes considered the band as part of the team — and there isn’t a single Buckeye fan who doesn’t have a soft spot for the marching band. (Especially durng Michigan Week!)

There is a time when the entire stadium is so quiet you can hear a pin drop. During the stadium tour — but you’ll be surprised to know that this tour is just as much about the band, as it is the football team. You’ll head into the band room, and see the former hats of all the drum majors — and you even get to sit on the 50 yard line. 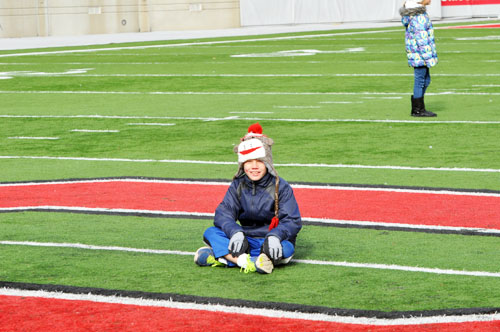 Read more about my visit to the Ohio stadium here, at Discovering Ohio,

and please, watch this:

Let Me Show You What I See
...
Family Wall Homecoming
7...
All I Need Is A Net and a Pole
O...
Like Links In a Chain
T...
The Rain Sparkled All Night Long
T...
Lavender and Cedar Are Enough For the Moths
A...
Share on FacebookShare on Twitter
clean, Life, ohio