Those baseball games, the double-headed tournaments, high-fly catches and the whitewashed uniforms came with a price — entire Saturdays lost. The price my brother paid with his own boys, years before I had children of my own. While he loved those games, I swore them off, unable to comprehend how a child could make anyone want to endure a Saturday on an un-shaded, hot stiff bench, for hours.

While my own boys, thankfully, can live without a baseball game, I now completely do understand how a child can make me endure a Saturday on a bench. This weekend, it was a bleacher in gymnasium, and the ball was a basketball. 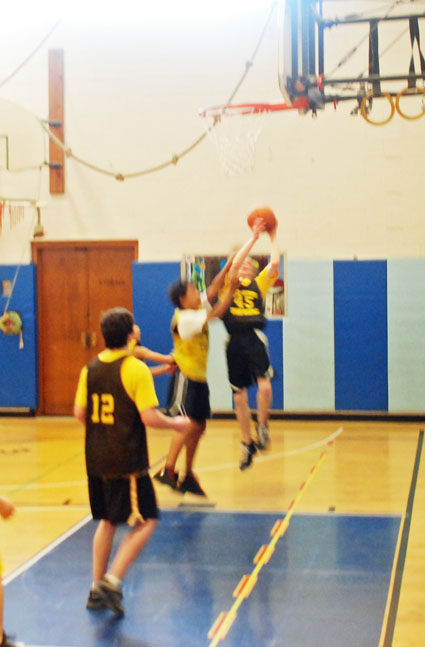 The shower I take the morning before that game is wiped out by the second period, my pits visibly wet through my shirt, and I’m not even 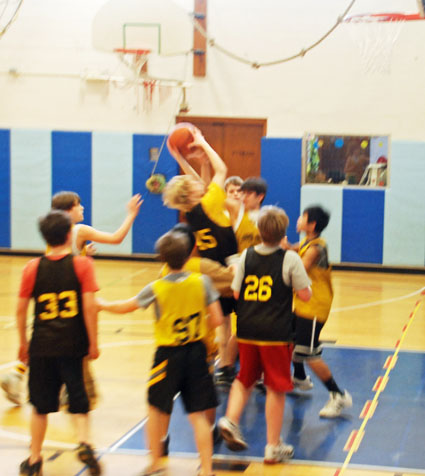 the one who’s playing.

There are two games each Saturday, for two different boys.

These are intramural teams, which means the kids are playing against their friends, rather than the entire school against a rival. This also means the players parents are our friends, and I try not 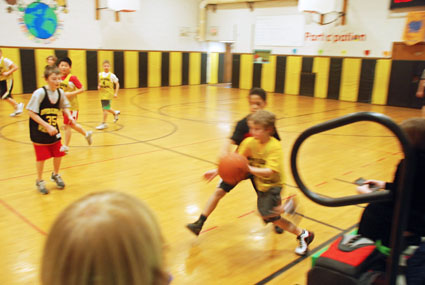 to look at their faces.Â  My eyes are intent on the game, as I will our players to get that ball up and through the basket. Here, it’s head-to-head combat. 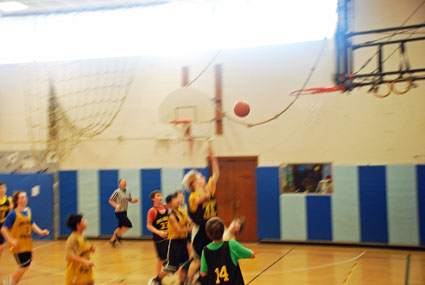 The players are closely matched by skill, which means the games are always close games, with the winning team winning by only 3 points. The bounce of the ball, the passes from one player to another, the steals, the air balls, and the baskets make my heart race, and my skin sweat, while the game moves without a chance to catch my breath. Again, I’m not 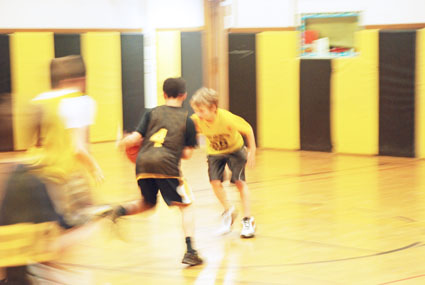 even playing the game; I’m only moving my eyeballs.

While my sports knowledge is pathetically minimal, I have found myself miraculously able to keep track of the number of fouls the players have, three-second rules, and I’m just 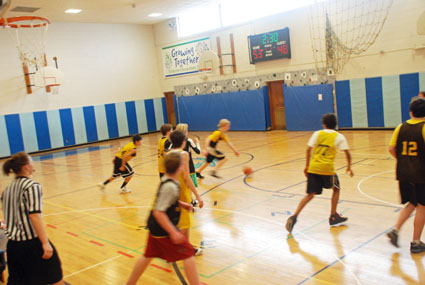 beginning to grasp “over and back.” I once thought the person you were guarding was supposed to be a secret; so you could sneak up on and surprise them. Now I’ve figured out it isn’t a surprise, as everyone shouts, “Who’s your Man,” before the period starts. Picked it all up by osmosis during my lost Saturdays on the bench. Sometimes, I even get mad 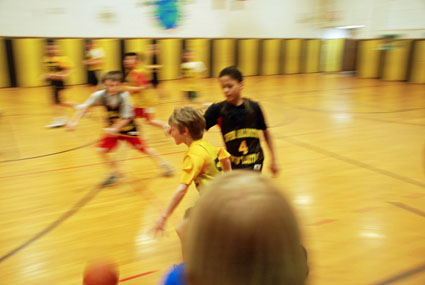 at the refs. But I keep this to myself.

There are times, when a kid I’ve known for years, makes a sensational shot, and 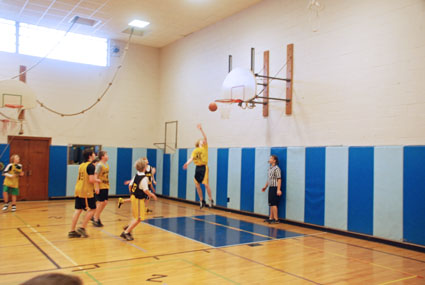 regardless of the team he’s playing on, I cheer.

Here, time is in suspended animation. Even though the clock counts down the minutes for each period, the seconds are illusory. Three minutes can stretch into ten, while 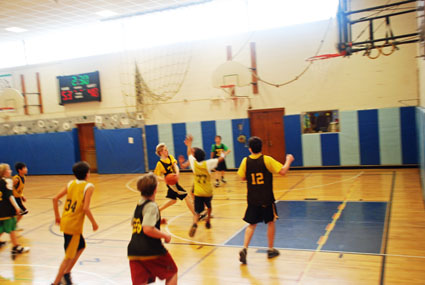 the entire hour flies by like seconds.Â  Sometimes, when we’re losing, and I look at the time left on the clock, and the points, and 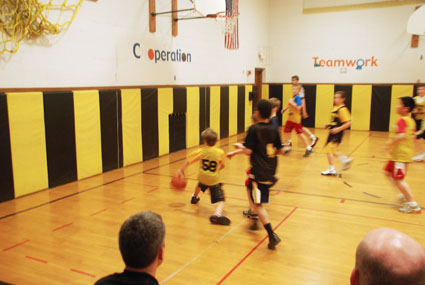 I sadly realize we’ll be losing this one. My heart sinks. I think of my son, his disappointment, and realize then that it’s up to me to show him that he’s more important than the points on the scoreboard. And then, the game turns around, and we end up getting that 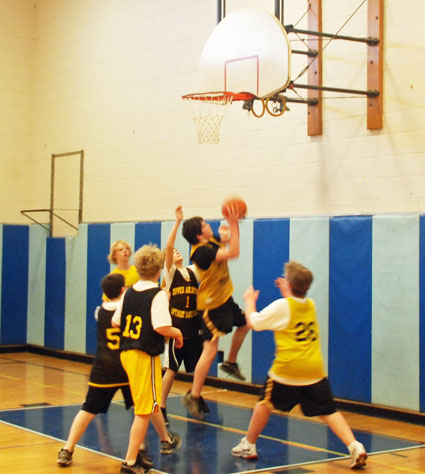 winning three-point shot we need to win after all.Â  But wait! Just as the buzzer sounds, the ball shoots through the air, and the other team answers that basket with its own three-pointer. And it’s good. Then, I spend the rest of the day saying, “If only,” and I replay the entire game through my mind, looking for those lost three points. 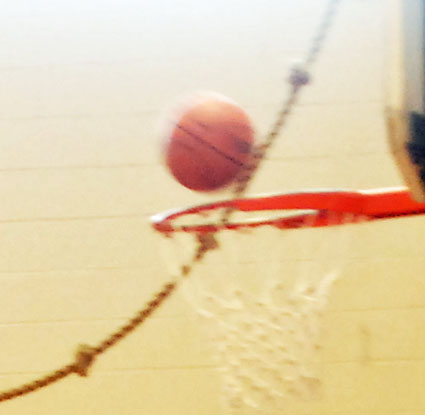 Thank You Lego
T...
Why I'm Still Feeding Sourdough Starter: English Muffins
I...
Artificial
I...
I Hope There Will Be Clutter In Heaven
A...
Name The Date: We'll Make it Christmas
I...
I wonder if I'm really getting through
I...
clean, Life, sports
2 comments to “Sweatin’ Like a Banshee”