Just when the doors of the bedroom slams shut to reveal the “keep out” sign meant for you, we get an opening—and it’s a big one. While teenagers are clamoring for more privacy, an identity of their own, it’s time for them to learn to drive. And they need you, parents, to teach them. By law, in Ohio, they need 50 hours of supervised driving with you. And for reasons I’ve outlined below, AAA says you should spend at least 100 hours of supervised driving.

Do you realizeÂ what a gift those hours are? You and your teen are alone in the car, the radio off, and there’s nothing but the two of you, as your teen is quite dependent upon you to “coach” him through the intricacies of the very thing he wants the most right now – a driver’s license. This can be the gateway – a time of bonding and rebuilding a new relationship with your new, pre-adult child.

There is no quicker way to get that bedroom door open than an invitation to go driving. Suddenly, your sulky teenager is transformed into a cheery, chipper participant, just begging for the opportunity to spend time with you, behind the wheel. Use this opportunity. Where else will you get the chance to spend uninterrupted time with a willing teen?

More time spent in the car with your teen driving may also save his life. Motor vehicle crashes are the leading cause of death for teenagers in the United States. In 2012, more than 800,000 teen drivers, ages 18-20 were involved in crashes in 2012. There were 2,055 teen drivers involved in fatal crashes, and 859 (42%) of those teen drivers were killed in crashes. (National Highway Traffic Safety Adminstration.)

But parental involvement can improve those statistics. Division of Highway Traffic Safety officials in New Jersey found that parental involvement in teen driver training later proves itself: 98 percent of these teens do not receive traffic citations in their first year, and 92 percent do not crash their cars in the same first year of driving.

According to two new studies by the AAA Foundation for Traffic Safety, experience behind the wheel matters more than age. These results suggest that states could reduce road crashes, fatalities and injuries by extending graduated driver licensing (GDL) laws to novice drivers beyond age 17. (Read more about the studies here.) GDL laws limit nighttime driving for probationary license holders, and place restrictions on passengers beyond a teen driver’s immediate family. A review of crash data shows that more than 40% of teenage deaths resulting from a car accident happen between 9:00pm and 6:00am. States with nighttime driving restrictions have seen a 60% reduction in fatalities during that time.

As you move your teen from passenger to driver, you’ll need support. 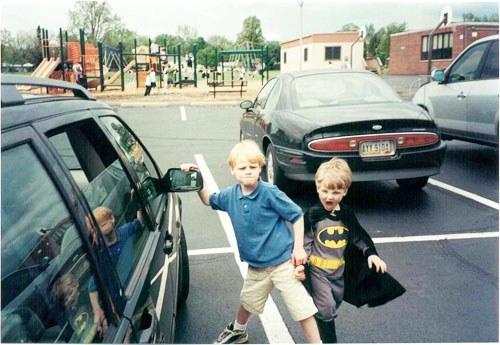 Remember those breathing exercises in your childbirth classes? Never will they be more important than those first few times your teen takes the wheel. You’ll be tempted to scream a few times – but try your best to remain calm. You want this to be a positive experience for both of you. AAA has some valuable resources online to help prepare you for your first few hours of supervised driving, information and tools. The key is to take an active role in helping your teen become a safe driver. It goes without saying that if you expect your teen to follow safe driving practices, then you shouldn’t be texting while driving, and you should always wear a seatbelt, and have instilled the importance of passenger safety at an early age. And now, continue to be firm about insisting your teen does the same.

Those hours spent behind the wheel teaching your teen to drive are priceless hours. Not only are you building the skills to help your child stay safe, but you have the chance to establish trust and open the lines of communication with your teen. Don’t stop at 50 hours – take the advice of AAA and shoot for 100 hours of pre-license supervised training time. And of course, don’t forget the quick breaks, which should always involve ice cream.

This is a sponsored post is brought to you by AAA

How To Protect Your Hair From Bleach Damage: Based on Scientific Research
H...
The Latest on the Domino Building
F...
Boy's Easter Baskets of Choice
T...
Empty Tomb Cookies
N...
Saturday On The River
Flying
D...
Share on FacebookShare on Twitter
clean, Life, ohio, parenting, reviews
2 comments to “Supervised Teen Driving: A Golden Opportunity To Connect”