A dried bean appears to be dead. Hard as a rock, void of nutrients. Add water, and you can revitalize the bean and transform it into a creamy, nutritious mush. Still, although I love all kinds of beans, beans are still full of starch. However, a sprouted bean is just beginning to create new life — you’ve created a perpetual mini garden in your kitchen to feed your family “fresh food.” 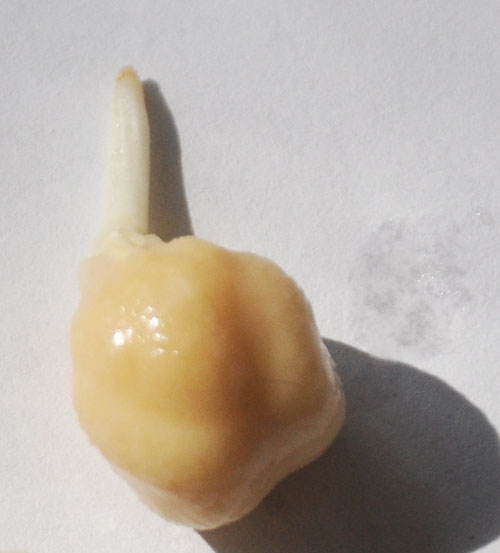 It’s like an “indoor garden” right on your own counter.

I’ve been buried in a bevy of cookbooks lately, Raw Food Cookbooks

touting the benefits and “how-tos” of sprouting beans and grains. Here’s what I’ve learned so far:

So, I began the process of bringing my dried beans to life — not just through “rehydration” but actually turning the bean into a plant… live food. Â Here’s how I proceeded.

Admittedly, I started with probably the hardest bean to sprout — the garbanzo bean. If you want to try sprouting, pick a softer bean — like a lentil, which can sprout in almost a day. My family loves garbanzo beans, and I’m a very patient person, so I rolled up my sleeves and forged ahead.

I made this sprouting process as simple as possible. I refused to buy any extra “sprouting” equipment.

I simply soaked the garbanzo beans overnight — probably about 36 hours. Garbanzo beans are VERY hard — rocks, really, and required to be soaked longer than most beans. I changed the water at least every 12 hours. (Soaking them in the refrigerator may have eliminated this fresh water changes.)

Then, when the garbanzo beans were done soaking, (just beginning to soften), I rinsed them thoroughly and just set them up in a colander. I rinsed them every few hours. Sprouting took a couple of days. But once they sprouted,

Now, here is where I made my mistake.

I immediately began to process the beans in my food processor. I had read too many over-zealous raw cookbooks, who had convinced me that heat destroys all the nutrient value of any food. I added the garlic, salt, the tahini, the lemon juice, and just whizzed away. The soft beans actually did turn into a creamy hummus — without much effort! 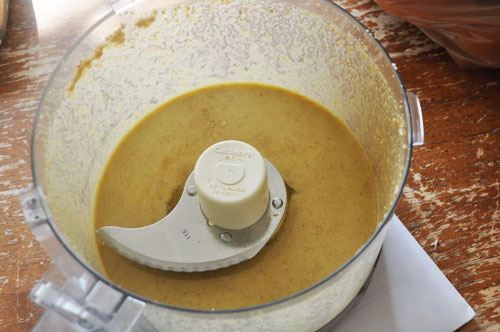 The taste, I will admit, was Putrid! I was quite disappointed… and I wouldn’t even let my family taste this raw concoction… for fear that I would turn them off sprouted food forever.

Back to square one, after realizing that I have been eating cooked food my whole life, and I haven’t died yet. A little heat would have done this hummus some good. Besides, what good is a nutritious food is no one is eating it? Â So, I’m working on this again — this time, cooking the garbanzo beans after sprouting. Sprouting, they tell me, will cut the cooking time in half. If you’ve ever cooked a garbanzo bean, you know that’s reason enough to sprout.

Rosie's Job
I...
When the Lake Comes Together
...
Tomato: Roasted
T...
The After-Christmas Hush
I...
When 23 degrees doesn't feel like 23
W...
Elf Caught in Snowball Fight, Red-Handed
...
Share on FacebookShare on Twitter
Eat, Gardening, Life