On Sundays, we have two soccer games, that are usually back-to-back. 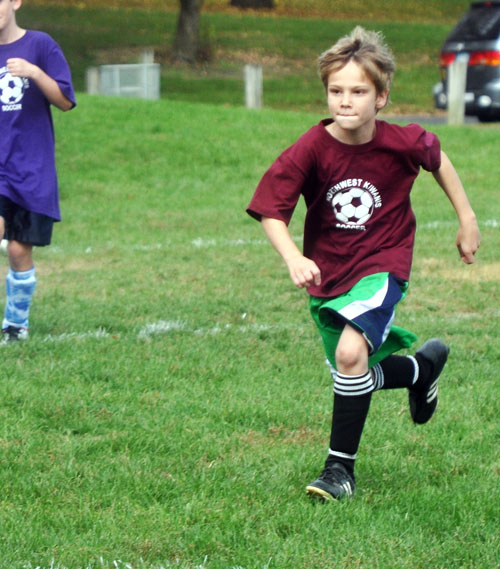 Funny, how two simple one-hour games seem to eat the whole Sunday. Probably because the games are right smack in the middle of the day.Â Sometimes the older two boys are out on the fields, reffing their little brother’s games. 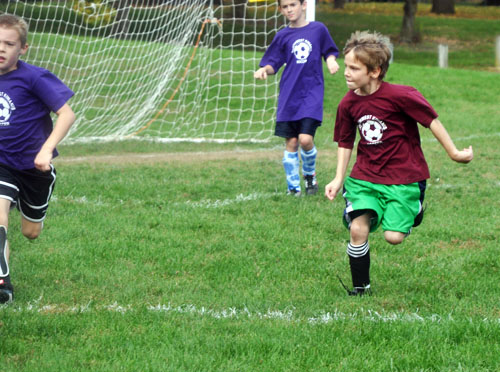 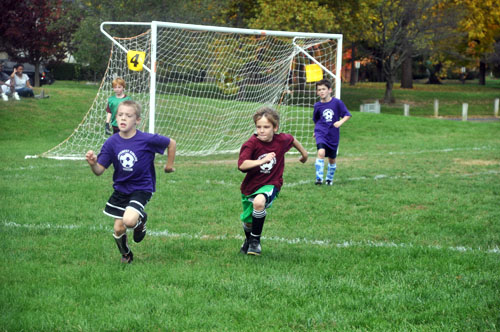 There is a post, somewhere in my archives, that shows the little boys, too little to play soccer, playing in the creek during their brother’s games… But I can’t find it. And now, they’re the ones that are playing soccer. 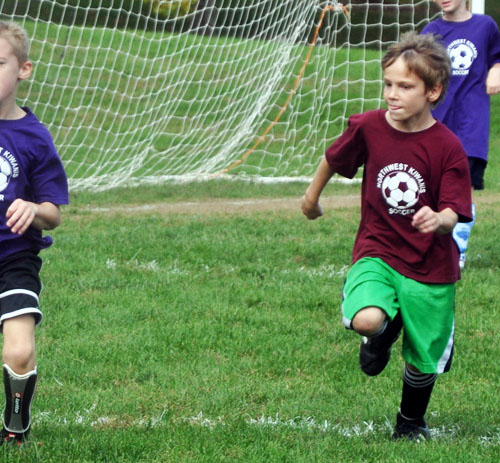 For nine years, we have spent nearly all of our fall and spring Sundays at this park. We have formed friendships with parents there, and said “they’re like a herd of cattle” at least a hundred times. Â We’ve watched them score hat tricks, and loose and win. We complain about the sugary/salty snack we’re required to bring at the end of the game, and vow that next season, we’re going to eliminate that snack. Â Â But someone, always brings it up again.I can’t help myself, but stand with the other moms, and wonder, between our son’s soccer kicks, how we are ever I going to find the time to get dinner made today, the laundry done, and lunches packed. Then, we realize, our kids won’t eat anyway, because they’ve had their sugar/salty snack for the day. I can’t even imagine a what a fall or spring Sunday would be like without a Sunday at this park.