There were just a few Oreos left, and only one boy in the house, so I offered to make him an Oreo milkshake with the Magic Bullet. I’m just learning to master the MB, even though my brother bought it for me a few years back. I just got it out of the box… and I’m having some fun with.

The Oreo shake was a pretty big hit… made a nice back drop for that elusive bonding moment that only comes once in a blue moon to a mom of four boys. I savored every minute.

Soon, an older brother trickled home… he nodded at the Oreo masterpiece, now a puddle in the bottom of a black-speckled MB plastic mug. Since the Oreos were gone, I offered to make him a Strawberry milkshake. He passed.

Then, the baby came home. Once he got wind of the fact that there were no Oreos left, that his only option was a strawberry shake, he had one big hissy fit. He threw out a few unkind and forbidden words. The strawberry milkshake I had offered was immediately revoked, and he was sent to bed.

Then, he dodged me. And I dodged him back… and soon he had slipped out the back door. Mad as a hornet. He wandered down the driveway and found himself on the street, in the rain, in his barefeet. A puddle started to pool around his feet. Â He didn’t know where to go. All the doors to his friend’s house were closed, as it was well past dinner time.

He snuck back to our driveway, and hid along the steps of the patio, thinking that there, he was hidden from his brothers. The brothers? They were sitting in the the kitchen, watching, and laughing. Then, he snuck in through the side-door, trying to slip in unnoticed, to get some relief from the rain. But his brothers knew…they saw it all.

I warned them, “Don’t say a word to him. Not a word. I don’t want him any more upset than he already is.”

They behaved. Instead, they spoke to each other.

All phrases spoken as LOUDLY as POSSIBLE.

Soon, that little Tazmanian Devil came out of hiding and staked his claim on all his stuff. And I immediately countered with, “And just make sure all your homework is done first.” 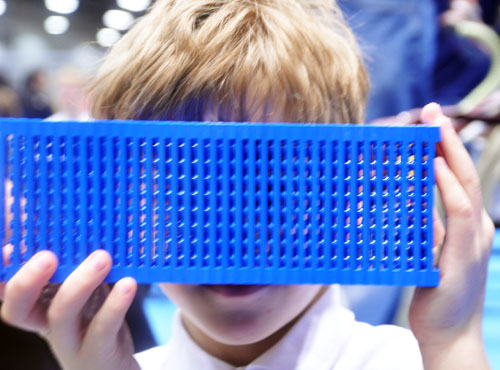 Keep Out!
I...
What Really Happened at Thanksgiving
I...
What The Years Have Done
C...
Seconds Fly Like Dandelion Puffs
T...
Last Night's Sky
...
No, I want it like this
H...
Share on FacebookShare on Twitter
clean, Laugh
2 comments to “So, he slipped out the back door…”