It’s a tradition here that all 6th graders head off to camp about a month or two after they’ve entered middle school. Three days, two  nights — yet the packing list looks like they’ll be gone for a month. It’s not even called a “packing list” — it’s called an “Equipment List.” It’s totally hard-core. 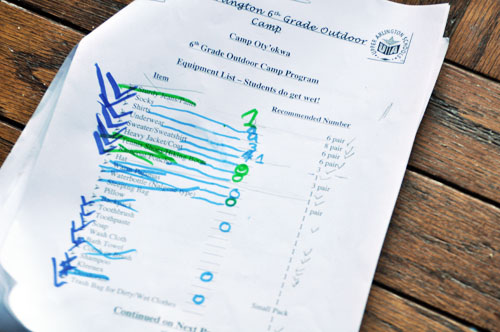 Six pairs of jeans are required — don’t try to skimp on this, they warn you. As a two-time veteran 6th grade camp mom, I can attest that this is fairly accurate. They need 6 pairs.

When I was a rookie mom, my friends directed me to the local Second Time Around Thrift Shop for the jeans — I bought a rugged set of 6 pairs of jeans for $12, and off he went to camp. When it was time for the next one to go to camp, we pulled out the same pile of “camp jeans,” and off he went.

As Fun Size got ready for camp, it became clearly evident, that the camp jeans were not going to fit. He was swimming. So, for him, we went back to Second Time Around, and bought the “Jr.-sized” camp jeans set. 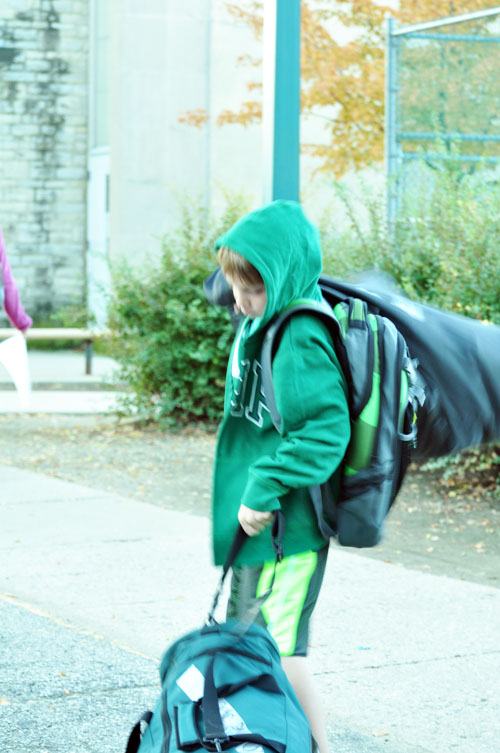 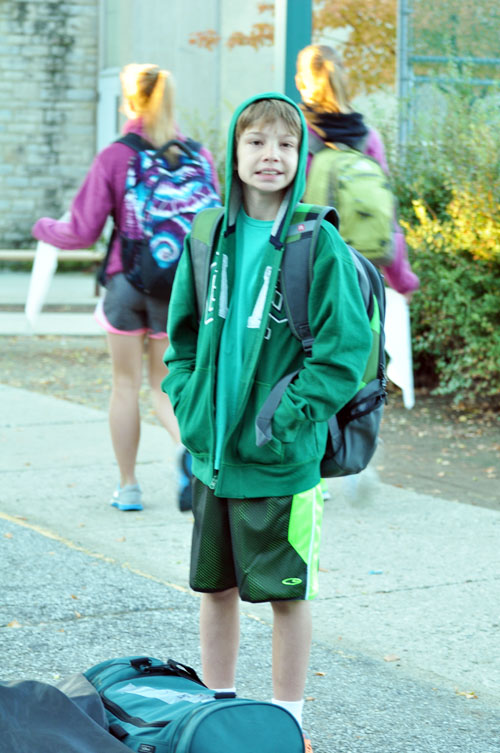 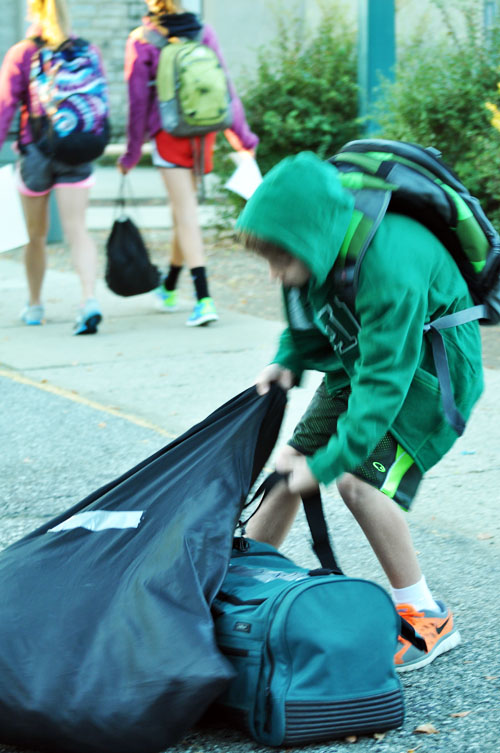 I made his favorite for dinner last night, (lemon meringue pie), and I dropped him off at the school this morning, and I won’t be seeing him until Wednesday. He could barely lift his bags. 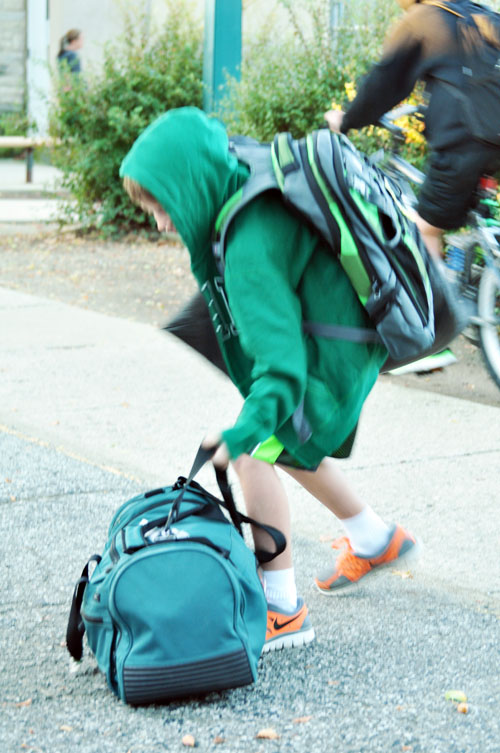 Who knows which pair number for will be wearing.

I think they were better off dirty
F...
Good Morning
...
Quotes From The Boys
...
Making Compost In a Plastic Bag with Leaves
W...
I let the Entire Weekend Slip Away
...
Every little thing will turn out OK
I...
clean, Laugh, Life, memories
One comment to “Sixth Grade Camp and the Pile of 6 Jeans”