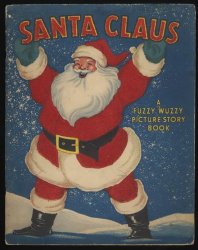 Sharing Home
I...
A Sense of Home
&...
An Overdue Thank You Note
D...
How to preserve your child's footprint in plaster
W...
Squelching the Valentine's Day Sugar High with Chia Jam
I...
Dented Pots and Pans and Sticks
W...
Share on FacebookShare on Twitter
holidays, Laugh, Life, Thursday 13
77 comments to “Scientific Proof That Santa Does Exist”