At midnight, the house will still noisy and chaotic with the college boy home for the holidays, and I was already too late getting to bed. Rosie looked content, asleep, but I decided to let her out one more time, assuming that the boys who were still up, would let her back in the house when they went to bed — or when she started to bark, the universalÂ signal, for “open the door.”

Except, that’s not what happened. The next thing I knew, Rose was barking; she was outside. Groggy, I looked at the clock. 4:15 am. So, she was never let back in. There wasn’t a soul awake in the house. (Funny how mom is the only one who can hear things at night, isn’t it?) She had been out since midnight. What she had been doing all night, I can hardly imagine. 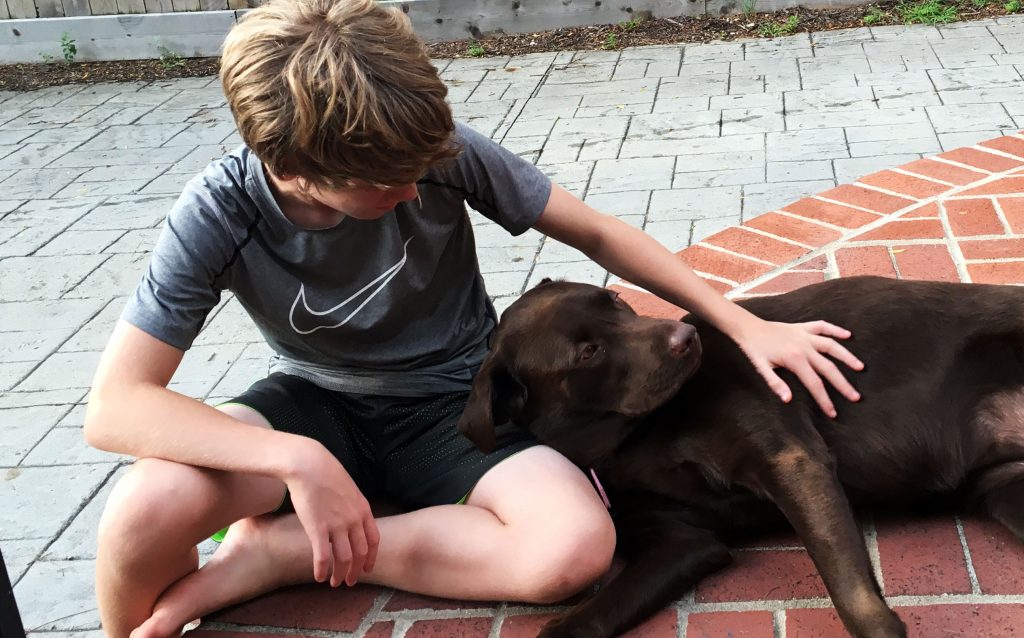 But as soon as I opened the door, Rose wouldn’t even look at me. She said not a word, and sped past me like a lightning bolt, like some teenager who didn’t want me to smell the alcohol on her breath or something. She headed straight for her brother’s bedroom — bypassing her crate, and crawled into a bed, and curled up and went to sleep.

I was too tired to argue with her.

Christmas Disasters 2009
O...
The Last Time My Mom Babysat
I...
How to make Tapioca Pudding in the Slow Cooker
T...
The Bones Came Together Nicely
H...
Laser Bazooka Guns On A Tuesday night
I...
My Gifts
...
clean, Laugh, Life, puppy