So, it turns out that the fence that once housed our beloved Max, is not strong enough for Rosie. 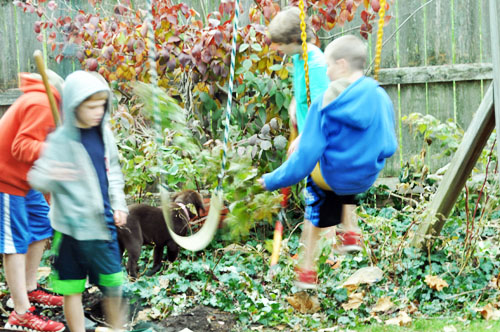 She has figured out how to dig “under” the fence, and expand her boundaries.

After a couple of frantic searches, we found her in the caring arms of the neighbor directly behind us. 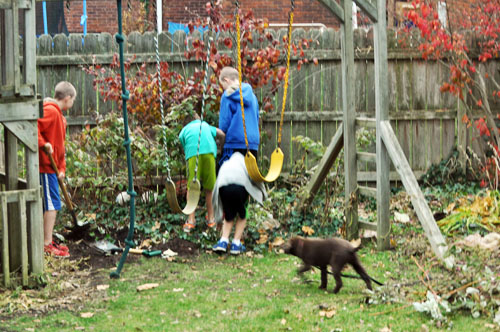 Rosie must have come upon a load of food there, because, now, even before eating, she makes a beeline for that fence where she can find any one of numerous places that she can dig her way through to that mecca. 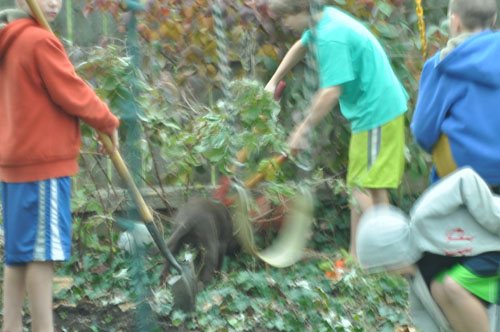 So, the boys, and a couple of neighbor boys, committed themselves to burying some chicken wire under the fence to put a stop to Rosie’s escapes.

But there were bushes in the way. 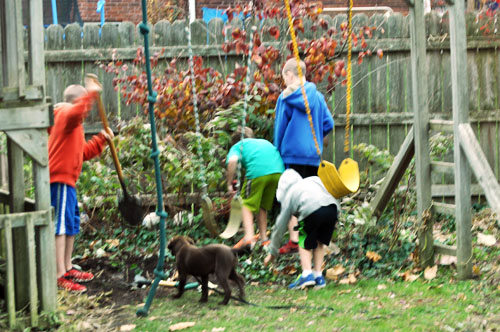 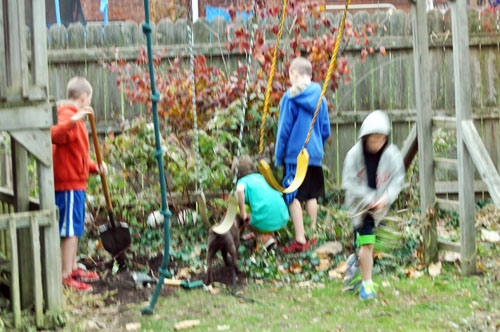 And also the Viburnum… and the Burning Bush — the two bushes that were not on the list.

The underground tunnel fence is not done, so Rosie must be closely watched at all times. 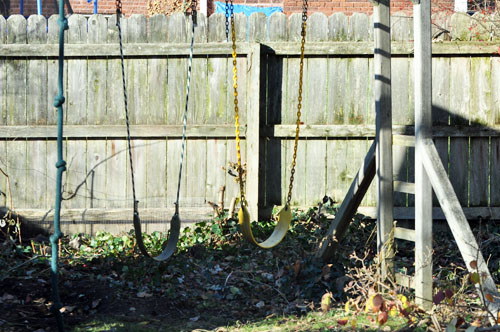 But the backyard is cleaned up — the good went out with the bad.

Bedbugs
...
This Just In
F...
Is Eating More Greens On Your To Do List For The Year?
I...
I've Learned It's Best To Just Say Hmmmm
"...
I Wanted to See His Name... Not Just Touch It
"...
Some Might Call Them Opportunists
S...
Share on FacebookShare on Twitter
clean, Laugh, Life, puppy
One comment to “Rosie, The Escape Artist”