The year 2008 hangs by a thread; tonight beckons the big parties, the celebrations and the New Year’s resolutions. I’m still content to look back at the big fade of the Christmas season, as its ripples cast an ever-widening circle until it is completely gone; yet absorbed into who we are.

I liked 2008. Just the way it was. The end of the year beckons us to evaluate the year in one big chunk, and apply the grades, positive, negative, pass or fail, good and bad. This can be a formidable task; one that I’m really not up to after those solid months of the fast-paced routine of back-to-school, Halloween, Thanksgiving and Christmas. For 363 days, I live one day at a time, from one cup of tea to the next. Just to keep everything low-key and low-stress, I’ll be doing the same on December 31, and January 1.

Instead of trying to sum up the year in one big chunk, I’ll just savor the little moments that somehow managed to bring me a year. 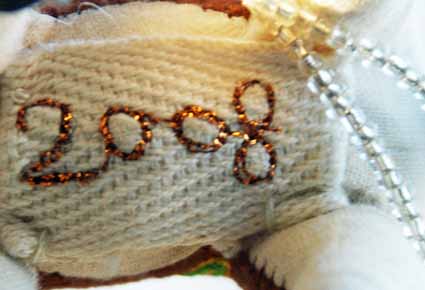 Maybe Another Mom Would...
A...
Seeking
T...
The Hunt For Summer
T...
The One Lenten Practice That Doesnâ€™t Punish You When You Cheat
I...
Holy Frustration Batman!
T...
Warm Weather Flashback
I...
holidays, memories, the lake house
7 comments to “Rhythms”