I knew it was hot outside, but why was I suddenly radiating heat? 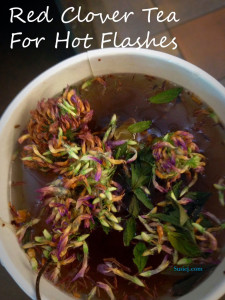 They came in a flash. Â Three days earlier I was fighting was seemed to be my lifelong battle of Menorrhagia, and the next day, it seemed, I was swelling with heat, emanating from my very core.

The heat is a sickening-I’m-going-to-be-sick, or maybe I’m pregnant, or I have the flu, kind of heat.

Sleep was intermittent, as I tried to cope with the unbearable heat, the chill from the leftover sweat when the heat subsided.Â I called friends and learned they had been silently suffering, melting, away for years. And nothing helped. Soy carries the risk of cancer. I couldn’t cope. I couldn’t go from childbirth, to Â this to not sleeping.

With a quick search on Google, I found several references to Red Clover and found this from the University of Maryland Medical Center:

Modern scientific tests have shown that red clover contains isoflavones, plant-based chemicals that produce estrogen-like effects in the body. Isoflavones have shown potential in the treatment of several conditions associated with menopause, such as hot flashes, cardiovascular health, and osteoporosis. However, as researchers have become aware of the side effects of taking estrogen, there is also some concern about the safety of isoflavones. Plus, evidence that red clover helps reduce any menopausal symptoms, like hot flashes, is mixed.

I mentioned this to a skeptical friend, who, in a few hours sent me a picture of Red Clover Tea

she bought, to try. 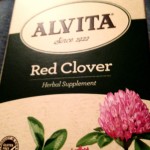 In a few days time, the skeptical friend say, “The Red Clover is working.” Is it this simple? So, I went to the store and bought some, and found relief. If the University of Maryland is interested, we can say this works. Plus, more importantly, a study by Clifton-Bligh PB, Baber RJ, Fulcher GR, Nery ML, Moreton T found that red clover helps to prevent the bone density loss associated with menopause.

We bought more… and then the stores ran out. They said “the distributors have no new stock.” That really happened. It was like the apocalypse.

Until one day, when we took Rosie for a walk, I saw this. 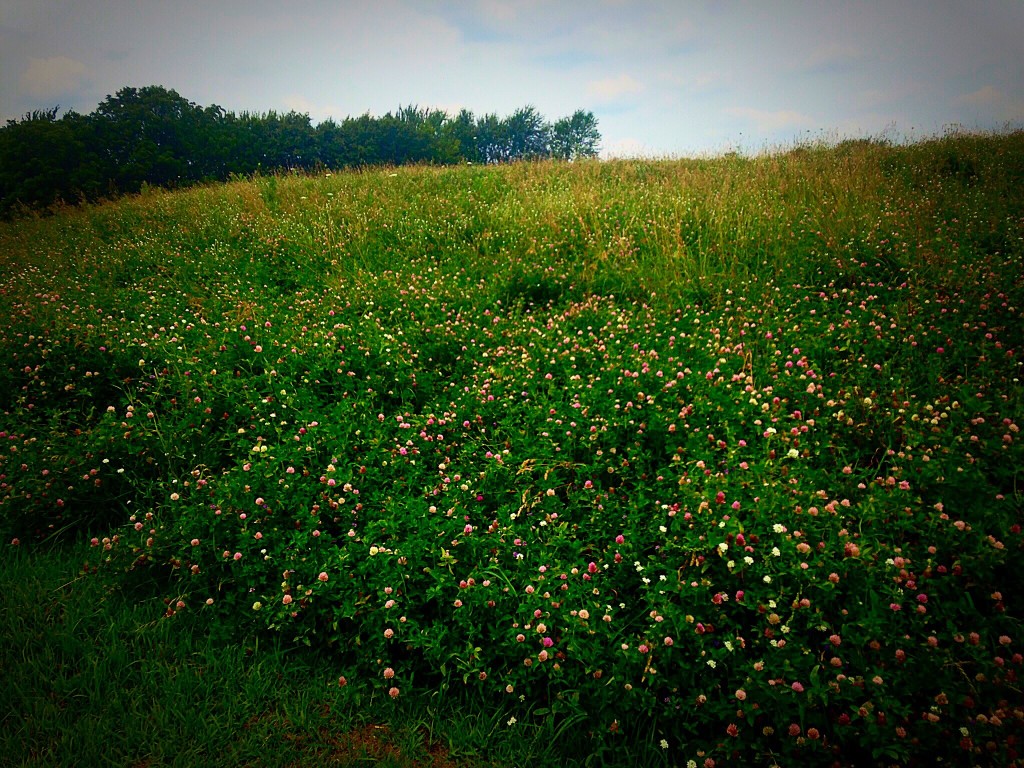 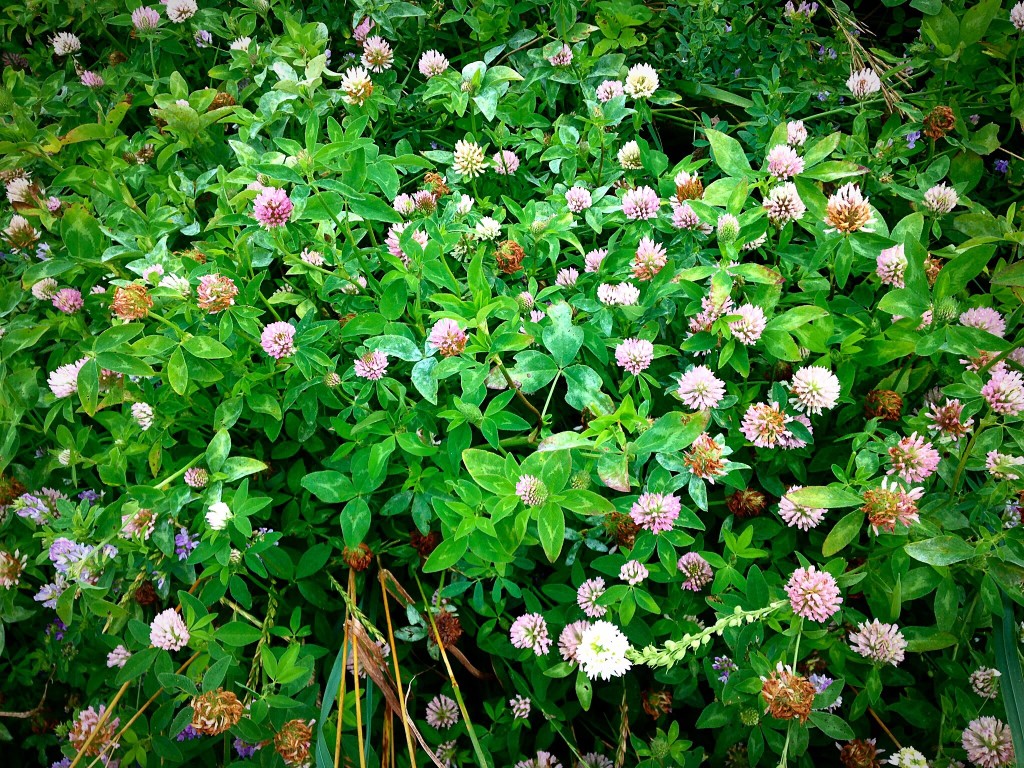 Which soon made it into my bag. And as i looked at these beautiful flowers and picked, I began to think — is this really over? Have I paid my dues and finally free? Didn’t the doctor just tell me two months ago, after through bloodwork that revealed I am still anemic, and that I have LOTS OF EGGS to go? Was the doctor wrong? 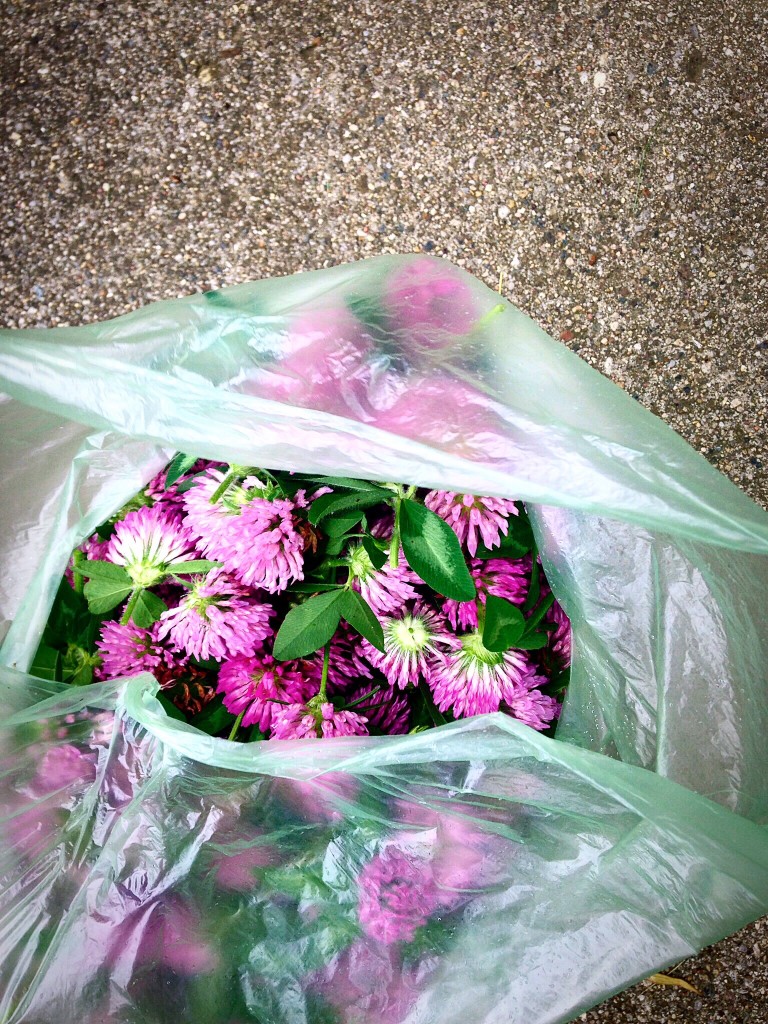 And do these beautiful rose-colored flowers hold the key to comfort, and the end of suffering? 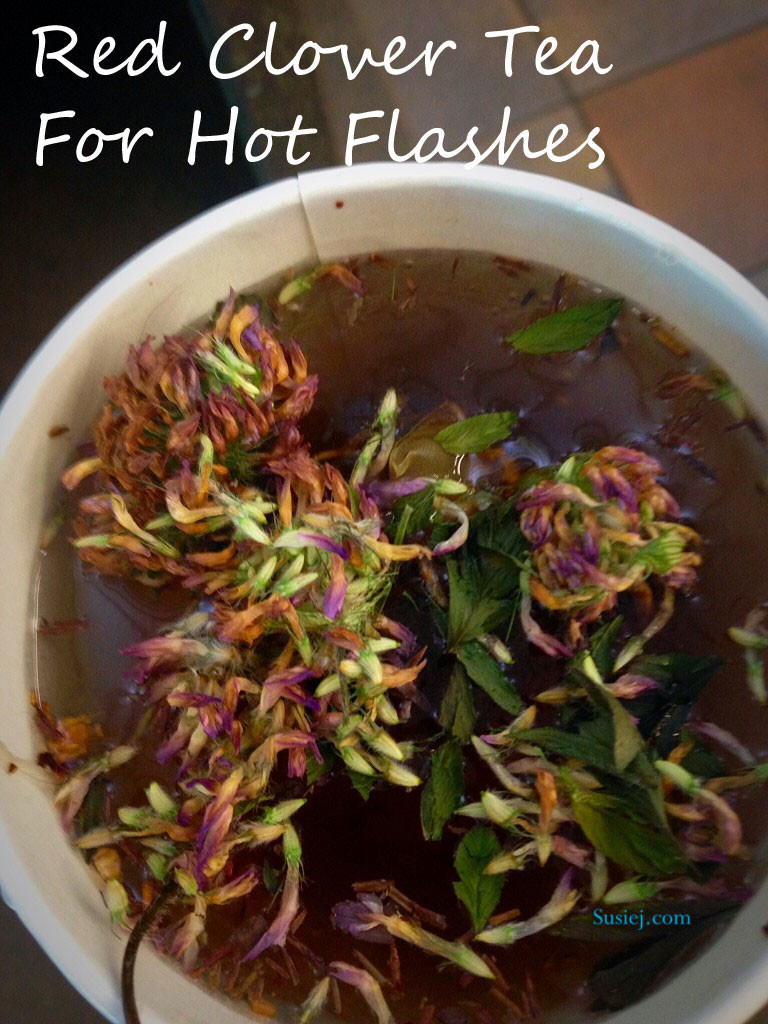 Yes… they do. The only problem is drinking the tea at night. You need a good dose to keep you cool all night– but I didn’t want to drink a big cup of tea before bedtime. Â So, I ate one whole clover flower before I brushed my teeth. 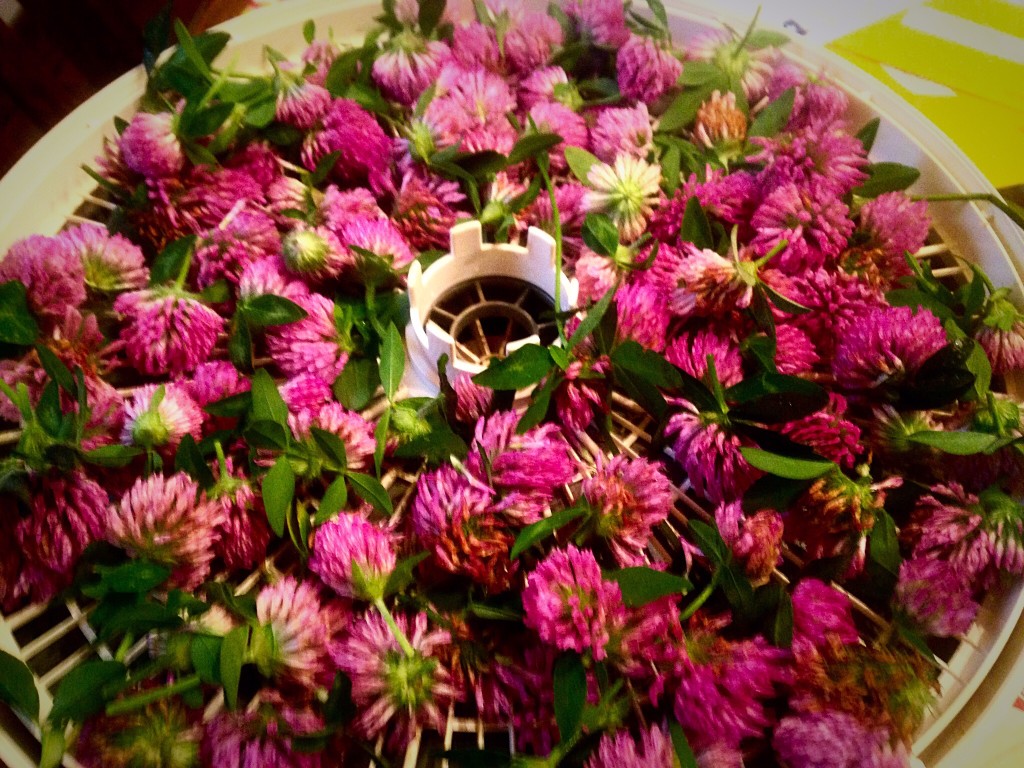 And that was the key… I was nice and cool all night long. 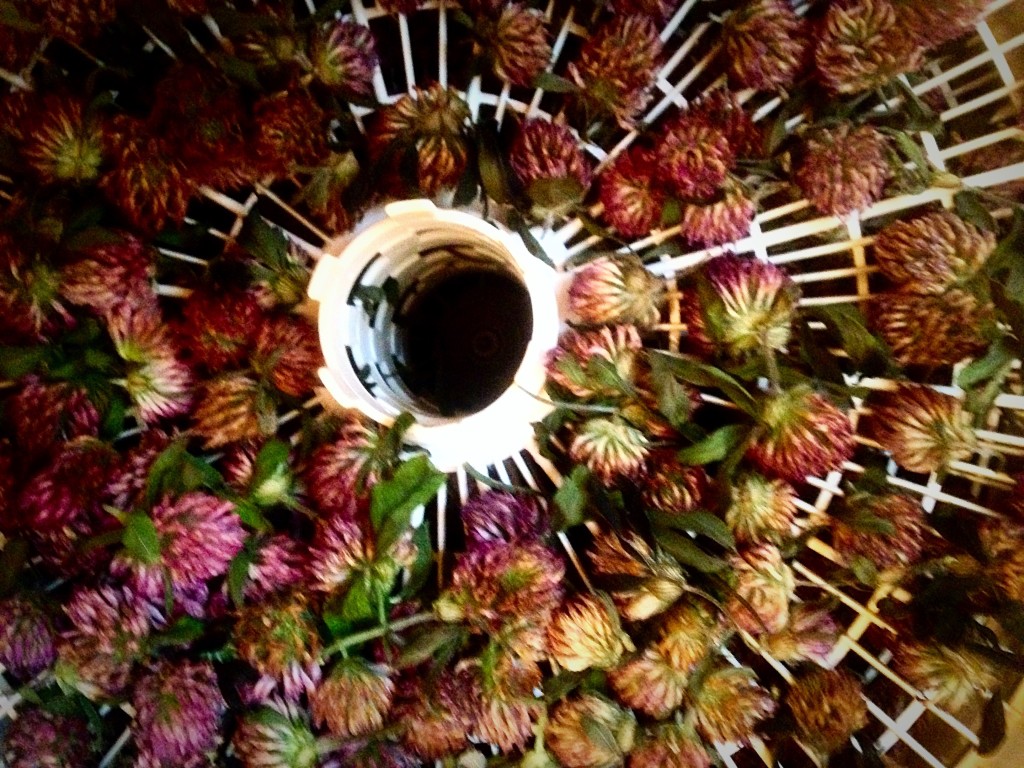 Life is Good, Life is Great
T...
And, He's Off...
I...
Is Eating More Greens On Your To Do List For The Year?
I...
Making Potions And Writing Labels
H...
I'm Out of Food
T...
A sight for sore eyes, and tired dirty hands
...
Share on FacebookShare on Twitter
health, Laugh, Life, Try This
4 comments to “Red Clover For Hot Flashes: And Bone Loss”